What's in the box?

Round 2 of the BRM Cake Box Challenge is drawing to a close. We take a look at some of the models in contention for the prize.

The end of June sees the deadline for round 2 of the 2019 BRM Cake Box Challenge draws to a close.

If you're not familiar with the competition, the rules are simple:

Build a model to fit in a standard 8 by 8 6 inch cardboard cake box with the lid closed,

Your model must include at least two railway items.

Our first competition in 2018, was a great success and you can see all the entries here.

By popular demand, we started again in 2019, but this time with an added rule - every diorama has to be influenced by a theme.

The first these was "Waiting for a train" and you can see the models here.

For the second round, running from April to June, we've picked the theme "New Beginnings".

Phil Parker explains the new theme in a YouTube video.

With the time for building nearly over, there are plenty of entries appearing on the RMweb thread. We've taken a look and here are a few that have caught our eye. Don't worry, we don't get a vote so appearing here shouldn't influence anyone!

Marly51 has been influenced by modellers who started out with Hornby O gauge. As the company is 100 next year, it's a clever move since we are talking about new modellers and the beginnings of our hobby. 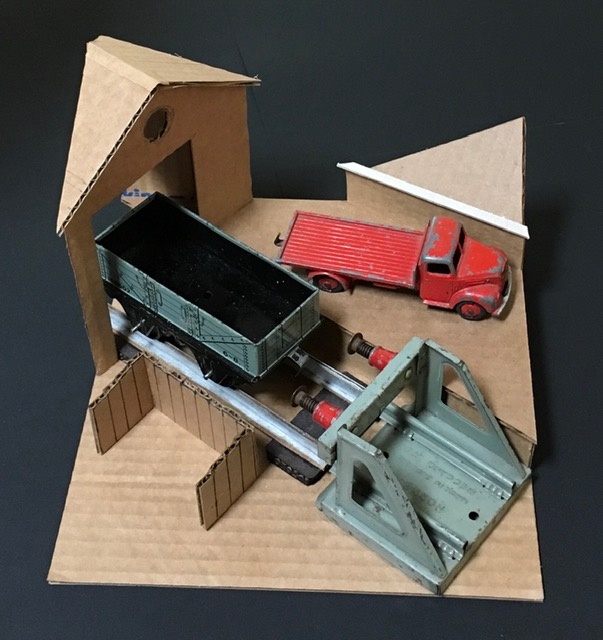 Working with O gauge models has meant a bit of clever design work to squeeze everything in to this mock-up, but it just shows how much can be fitted into such a small space.

Maybe a new beginning involves uprooting yourself and moving to a new home. This certainly happened to many evacuees during World War II, the subject of Stubby47's model.

The initial drawing might not look very inspiring, but the plan is to so show both London and Cornwall in one small space.

The Cake Box Challenge has inspired plenty of ingenious model-making with perhaps more imagination required than you might expect with a traditional model railway.

Who built the railways? Navies - huge numbers of them. Their lives revolved around three things - Mud, sweat and beer - and this is the title of Dickon's diorama. 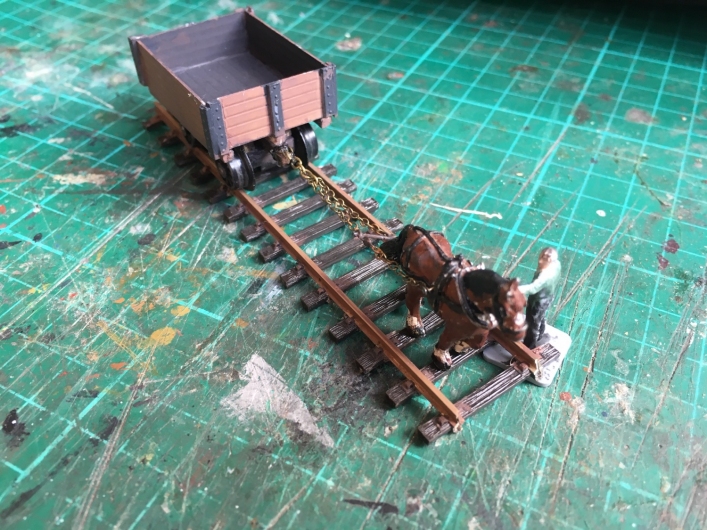 There's a lot of scratchbuilding going on with this model. As well as the horse and cart seen above, mechanisation is appearing on the scene with a steam-powered mechanical shovel. You can't buy one of these in the shops, so Dickon is cleverly cobbling one together especially for this diorama.

These are just three of the models being built for this round of the competition. There may be others we don't know about - all will be revealed once we call for entries at the start of July followed by a public vote to decide who winds, and walsk away with a bundle of goodies from our sponsor, Humbrol.