The online model retailer with outlets in Camborne and Guildford approves its model commission of the ex-LSWR / SR diagram 1541 10T road van.

Kernow Model Rail Centre has revealed that its ex-LSWR / SR diagram 1541 10T road van has been given the 'green light' for production. This follows what it says was a "careful review and approval of the engineering prototypes received last year, and the decorated samples of all ten versions being produced that were received at the beginning of this year." The retailer is offering its model in 10 guises, with tooling variations where appropriate. 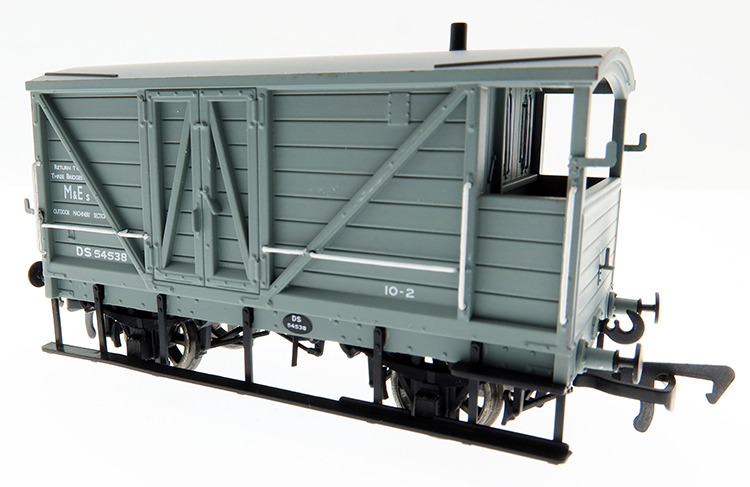 Note: some samples in these images used are body only and not always the correct option of fitted parts.

Approval for production has been given subject to a few minor amendments to the decoration on the solebar cast plate for two of the SR livery versions, the spacing of the numbers on the LSWR SB003B variant and the solebar and buffer colour on three of the BR grey versions.

First introduced by the London & South Western Railway (LSWR) in 1884 these vehicles were later classed as Southern Railway Diagram 1541. Almost 500 of these were built between then and 1905, making them the most numerous LSWR goods brake van. Brake vans with side doors through which parcels or other goods could be loaded were known as 'road vans'. 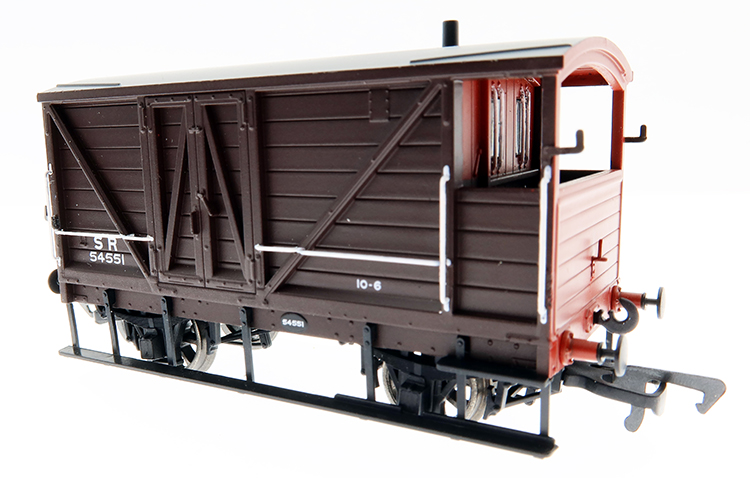 Graham Muspratt, Development Manager for Kernow Model Rail Centre advised, "We have taken special care to ensure the accurate livery colours specified have been translated correctly to the model decoration process. It is great to reach this final step in the development process with the models reaching the production stage; and them being due to arrive with us later this year. It is anticipated that production will commence at the end of March 2021 with delivery to customers late May / early June 2021. 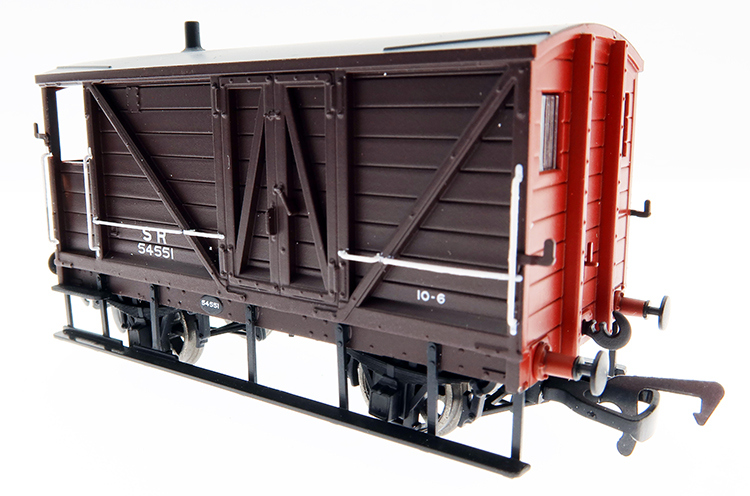 For further details of the models, including pricing and availability, visit the retailer's website.