Following receipt of its first Engineering Prototype (EP) for the retailer's exclusive model, small modifications are relayed to its factory.

Photographs have been revealed of Kernow Model Rail Centre's forthcoming ex-LSWR/SR Diagram 1541 10T 'road van'. The images illustrate the detail and many separately-fitted parts such as flush glazing, handrails, brake gear with pull rodding, step boards and lamp irons to accurately portray a number of different versions of the prototype. The CADs, based on a laser scan of the preserved example at the Isle of Wight steam railway, were approved for tooling earlier this year. 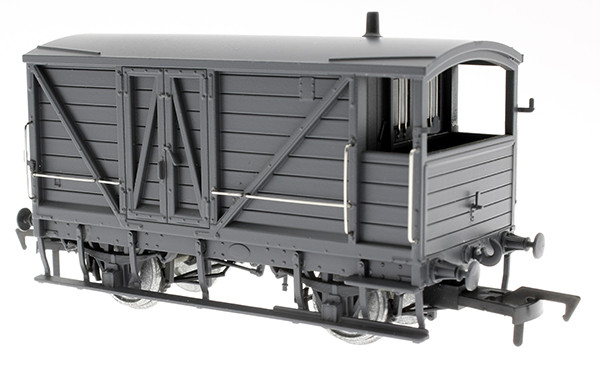 Ten variants are being produced, and further options include alternative buffer shanks with a ribbed option as fitted to preserved No. 56046 on the Isle of Wight steam railway, and either straight or cranked step board supports, the latter as fitted to the majority of those transferred in 1925 to the Isle of Wight.

In light of further research, a small number of the available versions have been changed with corrected running numbers and liveries as BR Bauxite wouldn't be appropriate for the available options of this road van. 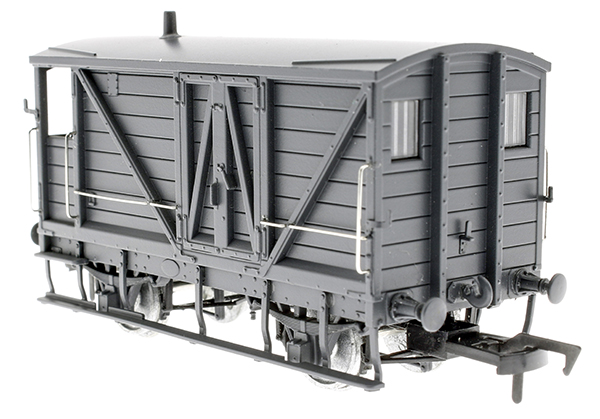 Graham Muspratt, Kernow Model Rail Centre's new Development Manager advised: “The first engineering prototype (EP) samples have been carefully evaluated and we are very pleased with how the EP has turned out. We are discussing directly with the factory a very small number of modifications before the next stage, when livery samples can be produced. The production of the livery artwork is in progress.” 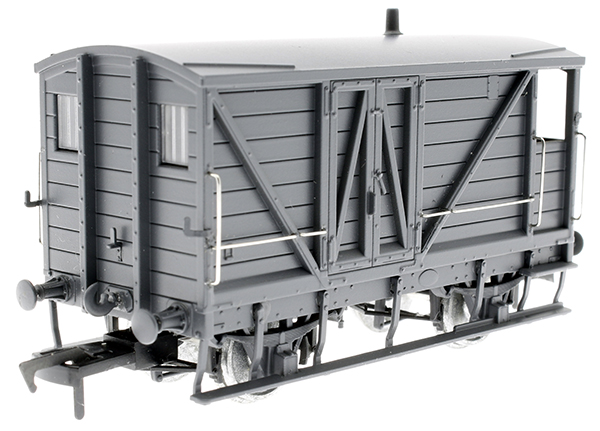 First introduced by the London & South Western Railway (LSWR) in 1884 the 10T road vans were later classed as Southern Railway Diagram 1541. Almost 500 of these were built until 1905, making them the most numerous LSWR goods brake van. Brake vans with side doors through which parcels or other goods could be loaded were known as road vans.

Further details of models, including pricing and availability can be found on the Kernow Model Rail Centre website.