What is O gauge? The largest of the popular scales continues to attract modellers who seek more detail.

There are three common track gauges used by British modellers to construct layouts: N gauge, OO gauge and O gauge. The oldest, O gauge (its layout objects sometimes referred to as O scale) can trace its roots back to the turn of the 20th century, when German toy manufacturer, Märklin, used it to make models that were smaller than the then popular gauge 1. At the time, most of the models were clockwork, but by the 1930s, three-rail Alternating Current (AC)-powered models were increasingly popular and remained so, until WWII.

Low-cost manufacturing and tinplate construction defined the early years of O gauge; the likes of Mecanno Ltd. under the name of Hornby in the UK producing a range of mostly two-axle clockwork and electric models, with two-axle rolling stock to suit. Many collectors still enjoy these models, supported by the likes of the Hornby Railway Collectors' Association. 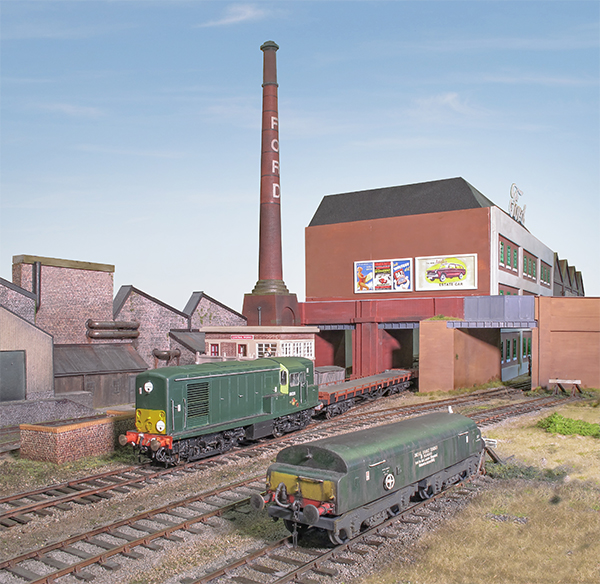 Central Works is an O gauge finescale layout which featured in the May 2017 episode of BRM TV. Read this issue on www.pocketmags.com/BRM.

Throughout the world, track standards varied. Märklin opted for 1:43.5 scale - a standard still used by the UK, France and other European countries, though the US opted for the smaller 1:48 scale.

Post WWII, the emphasis moved away from tinplate towards more detailed models, the first iterations in plastic in the UK originating from the likes of the Rovex Tri-ang with its battery-powered 'Big big train'. Over the years, Rovex Tri-ang produced four types of locomotives, six types of wagons and two types of coaches, re-introducing the scale to a new generation of youth.

From the early-1970s, Lima entered the ready-to-run O gauge market, and produced a range of boxed sets, with track or battery-powered locomotives, track, coaches and freight wagons to suit British and continental European systems.

Championning standards for the scale in the UK since 1956 is the Gauge O Guild, whose membership organise exhibition and trade shows in the UK and a quarterly magazine called 'The Gazette'. Current O gauge finescale standards call for a track gauge of 32mm and a scale of 1:43.5. A scale 1ft equates to a measurement of 7mm in O gauge, and the scale is often abbreviated to 7mm:1ft scale.