What is N gauge? A history of why this smaller track gauge came into existence, named after the distance between its rails...

N gauge is a set of standards used in railway modelling to define the distance between two rails, referred to as the gauge. The 'N' stems from the distance of nine millimetres between rails.

The British ratio used is 1:148 scale, meaning that an item in real life is reduced 148 times to make it suitable for an N gauge layout. A scale foot represents a fraction over two millimetres, though most modellers use the scale of 2mm:1ft. The ratio varies slightly for continental European and North American railways at 1:160 and 1:150 scale for Japanese and architectural modelling, but all models run on the same track gauge of 9mm.

The scale used on British N gauge is larger than its continental counterparts because of the smaller British loading gauge used by the railways. Fitting the motors used in continental models inside the smaller British bodyshells proved problematic, hence as with OO gauge, it was decided to make the bodyshells of N gauge models larger, but keep the track the same gauge. What resulted in British N gauge was an overscale bodyshell versus the track gauge.

Not satisfied with this compromise, some modellers in the 1960s sought to make the track gauge of 2mm:1ft scale wider, from 9mm to 9.42mm to improve the scale appearance of track. This set of different standards is maintained and promoted by the 2mm Scale Association.

When compared to OO gauge, N gauge is about half the linear size, a quarter of the area, squared, and an eighth in volume, cubed, as that of OO gauge. N gauge has been adopted by many modellers seeking to focus on the landscape of their model more than the railway. It is ideal for smaller spaces, too, allowing more of the railway and surrounding area to be modelled in the same space as a OO gauge layout, for instance. N gauge was never designed with an emphasis on rolling stock - it's too small and harder to achieve the same level of 'super-detailing' as other scales, but it allows a location with more track to be modelled. It has often been said that N gauge is ideal for modelling the spacious natural look and feel of railways, offering opportunities to create dramatic landscapes and run scale-length trains. 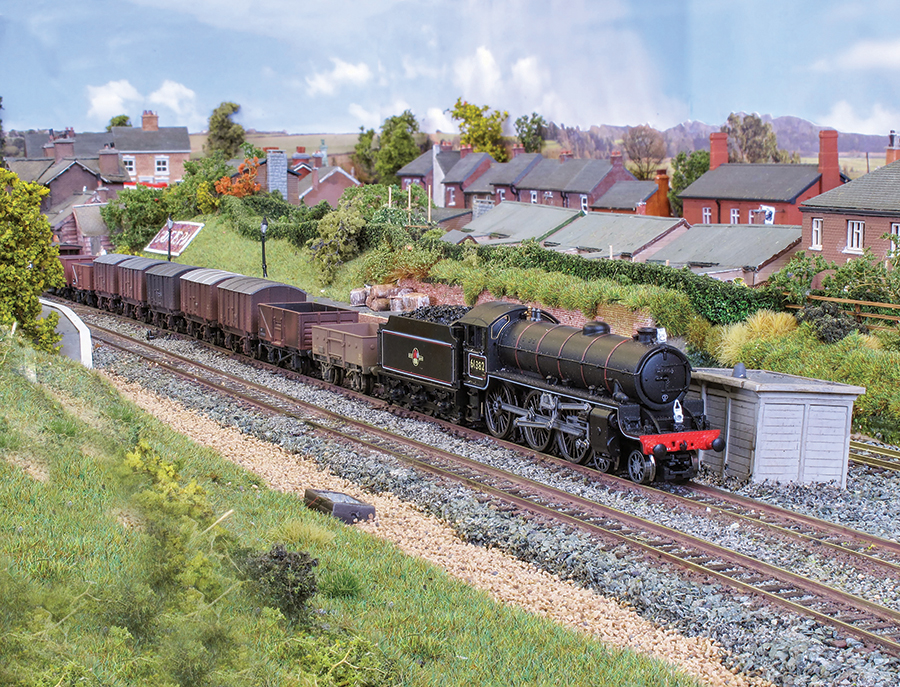 Croft Spa, a layout built to N gauge standards which depicts a section of the East Coast Main Line, four miles south of Darlington, as featured in the November 2019 issue of BRM.