Images of Planet Industrials' first RTR locomotive, the Kerr Stuart 0-6-0ST 'Victory' have been revealed, highlighting progress with its project, delivery of which is still expected before year end. 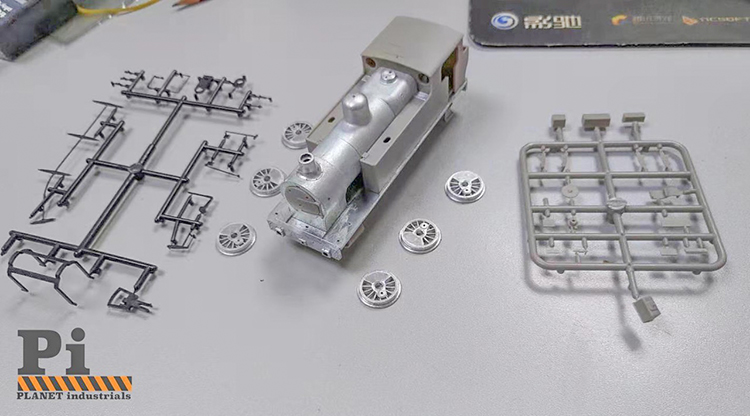 The design of injection-moulded and die-cast components is visible – images rarely seen before assembly.

A Next18 DCC interface is promised, with the manufacturer claiming it will "safely negotiate a minimum R2 curve." Die-cast wheels chassis and boiler are expected to provide valuable weight to the versatile six-coupled locomotive design.

James Hilton of Planet Industials commented, "Design for our model is complete and tooling work is well progressed. Test shots have been completed prior to Chinese New Year and an engineering prototype is expected before Easter 2021."

Delivery of the completed models is still expected for later this year and its pre-order scheme is expected to run until it has signed off decorated samples and placed the production order. A number of payment schemes are being offered to modellers.

For updates on the project, including pricing and availability, visit the Planet Industrials website.