The Architecture The Railways Built to return for a new series 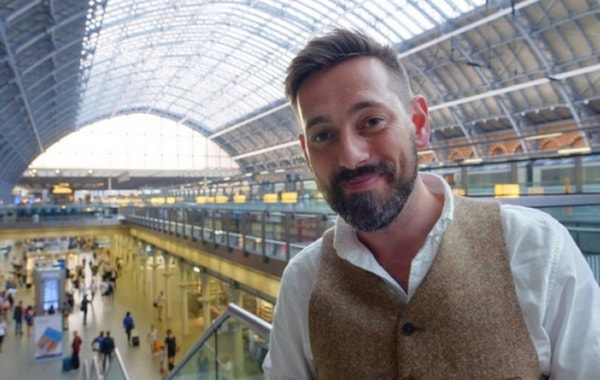 UKTV has commissioned two further series of, The Architecture The Railways Built presented by Tim Dunn.

The UKTV Original series sees railway historian and architecture enthusiast, Tim Dunn, visit examples of the stunning architecture that line the railway network in Britain and beyond, often getting privileged access along the way.

Locations in the first series included the magnificent Ribblehead Viaduct in North Yorkshire, the historic St Pancras station in London and the ultra-modern Rotterdam Centraal station in Holland. The programme also goes beyond the viaducts and stations, stopping at many other buildings that owe their existence to the railways, including signal boxes, tunnels, pedestrian passages, workshops and hotels.

The first series of The Architecture The Railways Built was a critical and ratings success for the channel. Episode one was the best performing factual launch ever on Yesterday, and a total consumption across all ten episodes averaging 510k viewers. Meanwhile, Phil Harrison of The Guardian said the series was "enjoyable and illuminating stuff", while Alison Graham, TV Editor of the Radio Times said, "I love the series and it has become one of my lockdown treats".

I was bowled over by our audience’s response to Series 1; to be able to share 20 further episodes is both a privilege and a dream come true. I am ridiculously excited to begin our explorations behind the scenes of Europe’s most fascinating railway station buildings, up on bridges, down in tunnels – and with any luck – some secret location surprises too.

I am CHUFFED to bits that we’re able to bring the knowledge and passions of so many experts, friends and our big railway family to the screen again. Their unapologetic enthusiasm in telling stories about the hidden, the incredible, sometimes almost-forgotten, remarkable architecture that the railways built – is perhaps, in an often-gloomy world – something delightful to look forward to in 2021. I cannot WAIT to share our collective joy in these things that we love.

Watch our interview with Tim about the first series. We will be talking to him again for the next Virtual Show 7/8 November.