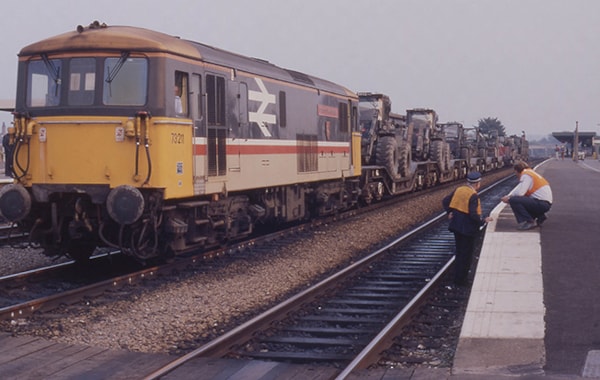 The manufacturer's new range sees the emergence of a Class 73/1 electro-diesel, a Class 27, and a return of its Class 26 Bo-Bos.

Bi-mode trains are all the rage in 2020, but Heljan’s latest O gauge announcement looks back to a classic electro-diesel design from the mid-1960s. Now in development is for release in 2022 is a ready-to-run O gauge model of English Electric’s pioneering Class 73 – its first electric locomotive in this scale.

Designed to operate on both third-rail electric and diesel power in non-electrified areas such as yards and depots, the Class 73s lived a relatively mundane life until they were thrust into the limelight when the new ‘Gatwick Express’ operation started in 1984. Over the years, the class has worked everything from express passenger to newspaper and mail, freight and engineering trains. The advent of Sectorisation in the mid-1980s saw the standard BR blue livery replaced by a rainbow of liveries, a trend that continues today.

Despite a steady decline in the 1990s, these hugely versatile locomotives have seen a revival in the 21st century and continue to play a vital role hauling engineering and test trains for GB Railfreight and Network Rail on the 750V DC third-rail network and beyond. Now seen over a much wider area than in BR days, the ‘EDs’ have gained a cult following and 13 locomotives have even been rebuilt with more powerful diesel engines and modern electronics transforming them into 1,600hp go-anywhere machines.

Heljan's all-new model is being designed to offer a range of authentic detail variations covering the entire career of the production batch built in 1965-67, many of which are still active on the main line network and heritage railways. These will include locomotives with or without high intensity headlights and NRN radio aerials, radio pods and optional fibreglass arc shields fitted to the bogies from the mid-1980s onwards.

Ten versions have been selected, covering a broad cross-section of BR, Sectorisation and Privatisation era liveries from 1965 to the present day. 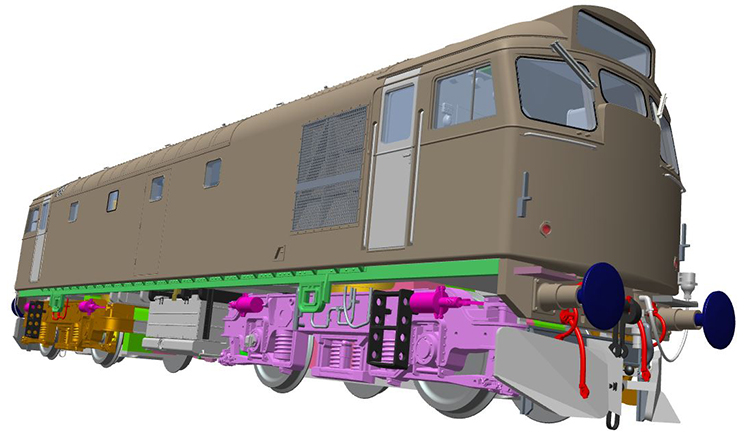 The first engineering samples of HELJAN’s next new O gauge diesel locomotive – the much-requested BRCW Type 2/Class 27 – are expected to arrive in the UK for review shortly. The new models have been developed in parallel with its new BRCW Type 2/Class 26, with which they share many common components.

Due for release in late-2021, this new model has been designed to offer a wide range of detail variations including boiler-fitted and non-boilered locomotives, two different designs of bogie footsteps, boiler roof grilles or plates, air tanks in the cab roof for dual-braked locos, sandbox/sandpipe variations and original or modified battery boxes.

Other detail options will include three-piece miniature snowploughs and bufferbeam pipes/hoses appropriate for each version. As per the full size ‘27s’, one engine room window per side has been designed to be removable for extra ventilation.

The first engineering samples of Heljan’s latest new O gauge diesel locomotive – the much-requested BRCW Type 2/Class 26 – have arrived in the UK for review. Under development since last year, these new models are now at an advanced stage.

Due for release in late-2021, this previously unannounced all-new model features a large number of improvements over the original O gauge Class 26 released a decade ago. Unlike that model, its new BRCW Type 2 has been designed to offer detail variations, including three different bodyshells depicting locomotives with or without a tablet catcher recess and, for the first time in ‘O’, refurbished ends without headcode discs.

However, perhaps the most exciting development is the first ever ready-to-run model (in any scale) of the legendary Inverness Class 26s with twin headlights, as used in the Far North of Scotland in the 1970s and 1980s.

Dependent on era and livery, models will be delivered with original boiler water tanks in place or with the later style air tanks and distinctive cradle between the bogies. Other detail options will include original or plated-over cab doors, three-piece miniature snowploughs, boiler vent grilles or plates, Inverness-style round radio pods and later NRN radio pods with square cowls. As required, models will also be supplied with a set of open or folded headcode discs, separately fitted etched metal horn cowl covers and a set of optional Class 26/0 style tapered bogie footsteps allowing customers to tailor their models to individually modified locomotives. As per the full size ‘26s’, one engine room window per side has been designed to be removable for extra ventilation. 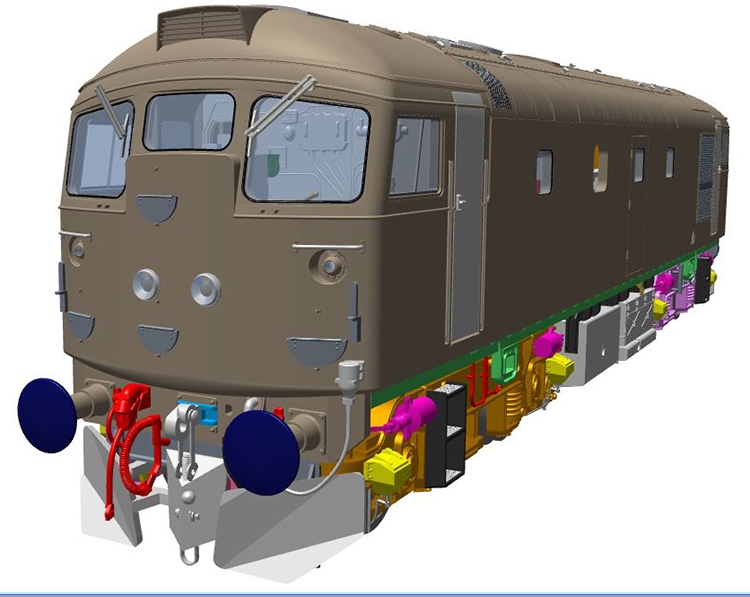 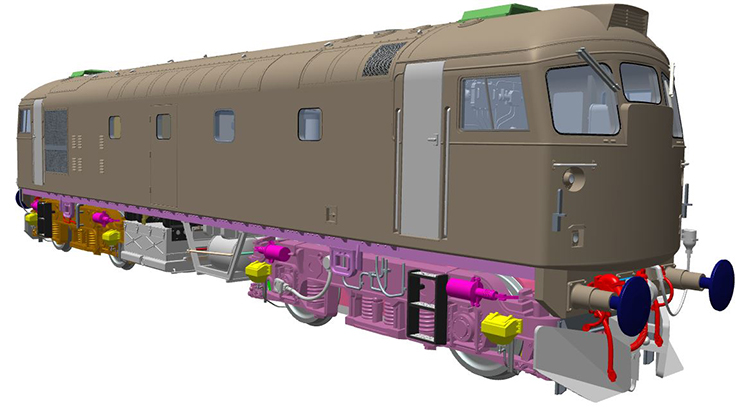 To pre-order these models, visit your local Heljan stockist.