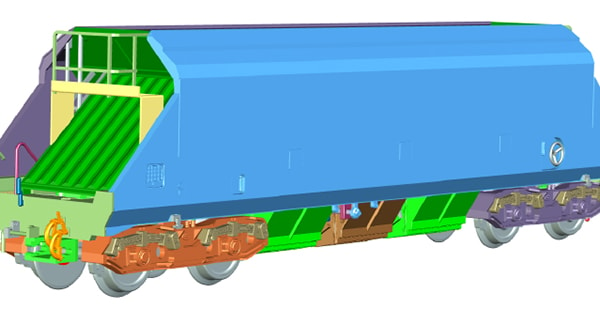 Launched at the International N Gauge Show, 2mm:1ft scale models of the Orstein and Koppel hopper JHA wagons are to be produced.

With CAD design complete and models in tooling, Dapol has revealed it is to produce models of the JHA aggregate hoppers as used by Foster Yeoman and Mendip Rail Ltd. Delivery of models is expected in the second half of 2022.

Dapol is to produce the Foster Yeoman livery with four different outer wagons (with conventional drawgear) and six inner wagons (with buckeye couplings). Dapol's specification has been created using O&K works drawings. Inner wagons are to be supplied correctly without buffers and NEM compatible dummy buckeye coupling bar (Rapido style also included for tighter curves). Outer wagons with removeable (non-functional) lamp, buffers and standard N scale Rapido couplings will feature an NEM pocket at one end, the other without buffers and fitted with an NEM-compatible dummy buckeye coupling bar. The chassis is to be die-cast, with fixed buffers on the outer-most wagon ends. Minimum radius is expected to be 263.5mm. 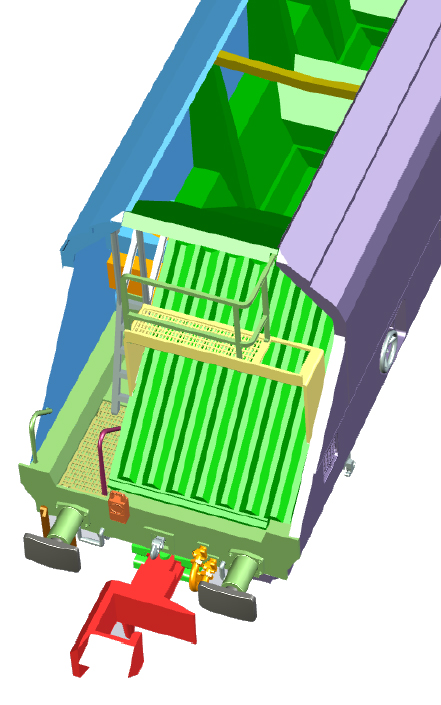 The O & K JHA hoppers were built by Orenstein & Koppel to coincide with the introduction of the Class 59s in the UK for aggregate haulage by Foster Yeoman. They remain in service to date with Mendip Rail Ltd. A rake of these wagons consists of two outer wagons and a number of inner wagons. 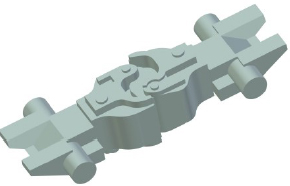 Dummy buckeye couplings are to be provided.

The notable feature is that the two outer wagons have screw link couplings and buffers on the outer most edge of the train, while the connection between inner wagons is a buckeye style coupling allowing closer coupling and an overall reduction in length of the train.

For further details, pricing and availability, visit the Dapol website, or see your local Dapol stockist.