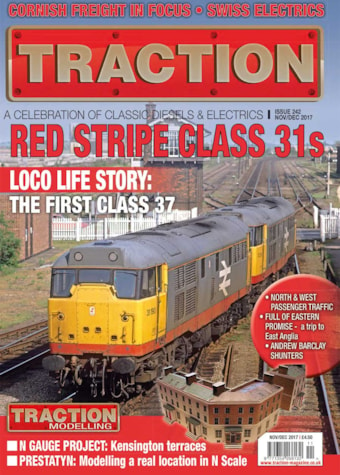 The North & West through Herefordshire (Pt 1)
Full of Eastern Promise - remembering an outing to the Eastern Counties
Andrew Barclay Diesel Hydraulics
Railfreight Red Stripe Class 31s at March
D6700, a locomotive with a split  personality
Cornish China Clay in the late 70s and 80s
Getting them through quicker - BR improving productivity
Electric locomotives of the Swiss Railways (Pt1)
Chasing the Chipman's in Eastern Cornwall
Reviews