How do I avoid gaps underneath the buildings on my layout? John, Budbrooke.

It's the little details that matter on a model railway. Years ago, I exhibited next to a P4 layout, where great efforts had been made to use the correct scale and track gauge, but there were gaps under many of the buildings, ruining the effect.

Phil: The best way, or at least the method used at Pendon, is to fit every building with its own set of foundations. The Pendon models extend several centimetres below ground level, fitting into pockets made in the scenery. The results are perfect, but it's a lot of work. 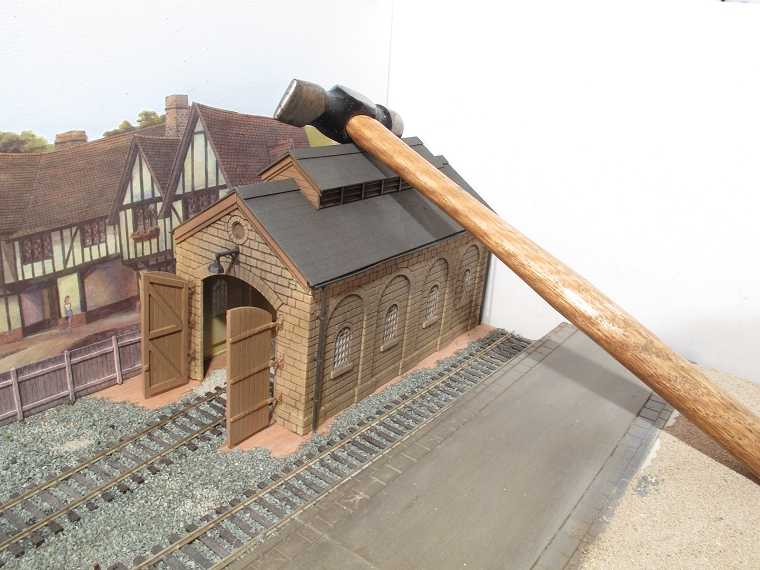 Assuming a flat baseboard and a flat building bottom, the first step is to make sure they are as in touch with each other as possible. Don't just plonk the model down in some glue, put a bit of weight on top so it settles down properly. A small hammer carefully lent on the roof will do as you can see - just be careful that the model is strong enough to cope. 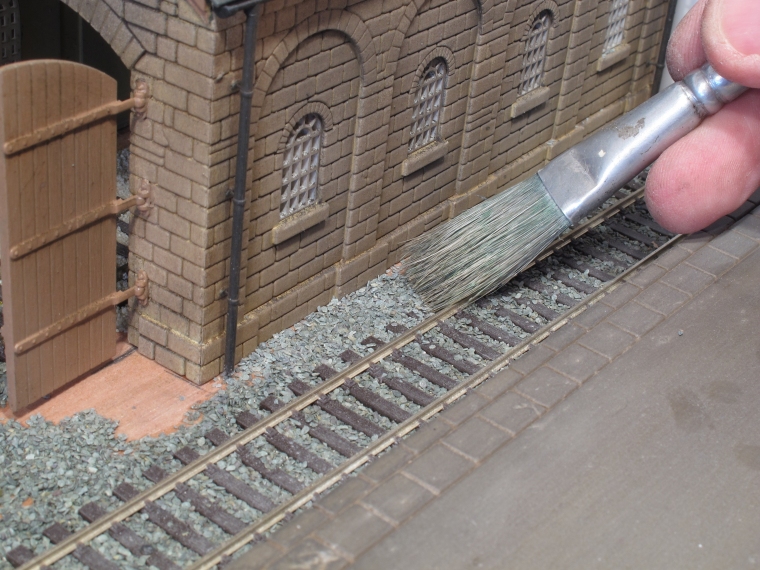 Always put engine and goods sheds and platforms in place before ballasting. Those little stones can be brushed up against the edges and will easily cover up the gaps. 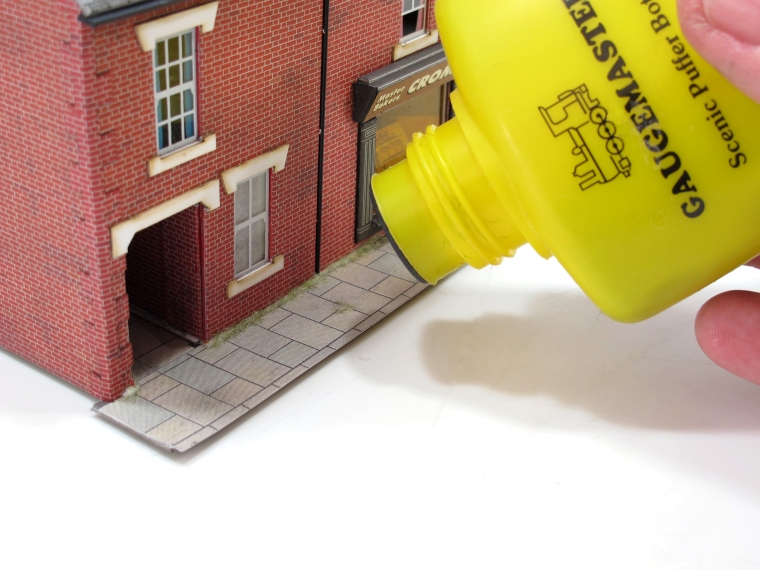 A static grass puffer bottle is the next tool - add a little glue around any gaps and puff the fibres in once it's gone tacky. Weeds and grass growing in cracks and crevices are pretty common, especially in the sort of scruffy areas we tend to model. Don't go mad with this stuff, less is more. 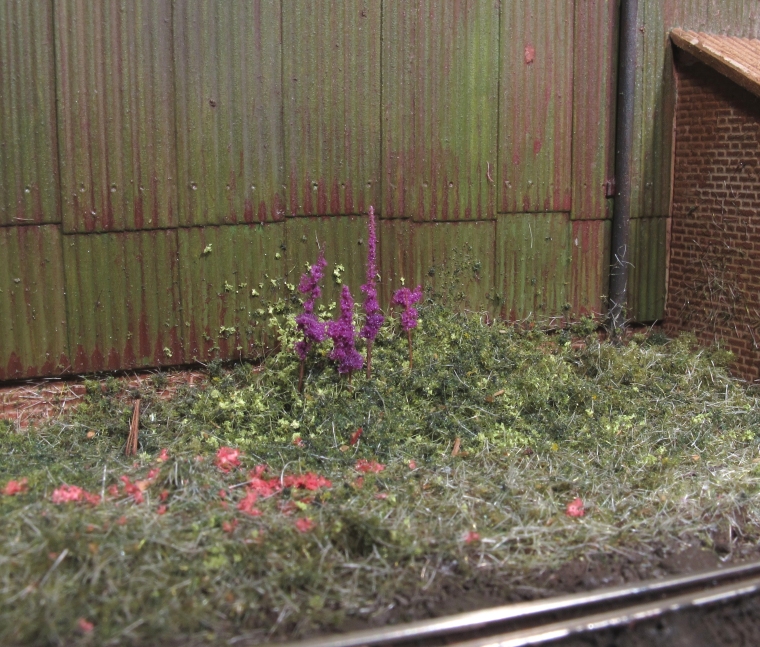 For really big gaps, you'll need to get creative with the undergrowth, but if you look around, it's surprising just how much undergrowth is out there.