Miniaturising coal for your model trains Nearly every station had a pile of coal to feed locomotives and most of those carried supplies around in either tenders or bunkers. You can’t build a steam-era model and ignore coal, as Phil Parker explains.

Coal was everything to the steam railway. The black ‘gold’ formed its main source of traffic. From the 1930s to late 1960s, coal made up 65% of all the freight tonnage on the system. Add to this the demands of 21,000 steam locomotives, railway-owned ships, hotels, engineering works and offices, and one of the biggest customers were the railway companies themselves.

Fortunately, modelling coal is pretty simple for modellers, but very difficult for model manufacturers. When it leaves the ground, coal is generally in lots of individual lumps, and these don’t lend themselves to production from a moulding machine. However, by using real coal, models can be easily upgraded for that personal touch.

When making miniature coal, it’s worth studying prototype photographs. Coal was available in all manner of sizes, from small pieces, to great lumps that would fill a fireman’s shovel – all sizes in between. The amount loaded in a wagon will vary, too – coke is less dense, so the wagons carrying it could be taller for the same tare weight.

Finally, steam locomotives consumed coal, so unless you’re modelling a locomotive fresh from the shed, don’t overfill the tender, or it’ll look like the fireman hasn’t been doing any work!

The best coal for modelling is the real Welsh stuff. It's nice and soft, which makes breaking the lumps up for scale easy.

Model engineers use the same coal to power their models, and so you'll normally find a supplier in the car park of an engineering show. Ten pounds buys a lifetime supply for you and your friends.

If you don't want a sackful, try online auction sites, where a search for ‘coal’ will usually reveal small quantities. 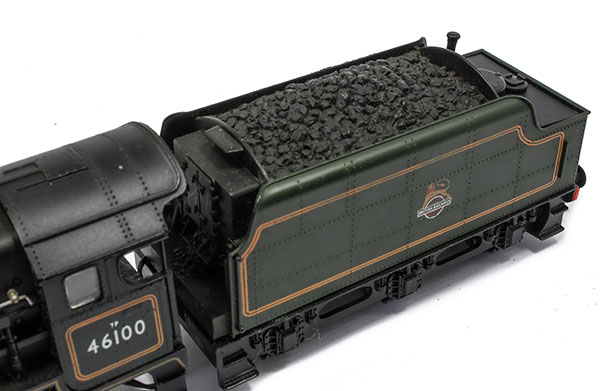 If there’s one area ripe for improvement on a ready-to-run locomotive, it’s the fuel in the tender or bunker. This 30-year-old Airfix ‘Royal Scot’ is pretty good, and at least the coal is matt painted, but things haven’t moved on much since then. 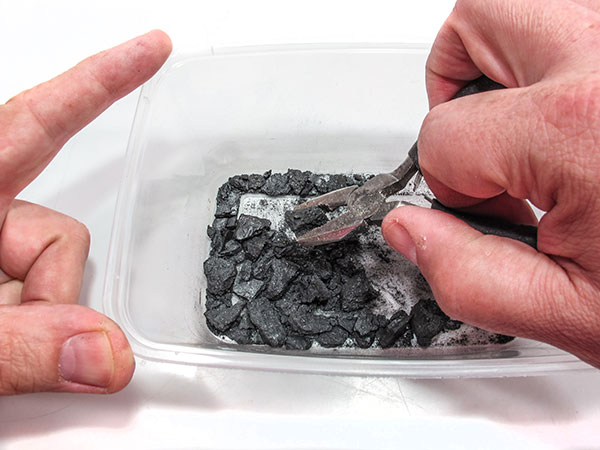 Nothing looks more like coal than, coal. The lumps are too big straight from the coalman, but we can break them up to suit our models. Don’t hit it with a hammer because bits will fly everywhere. Instead, crush lumps with pliers for a more controllable result. 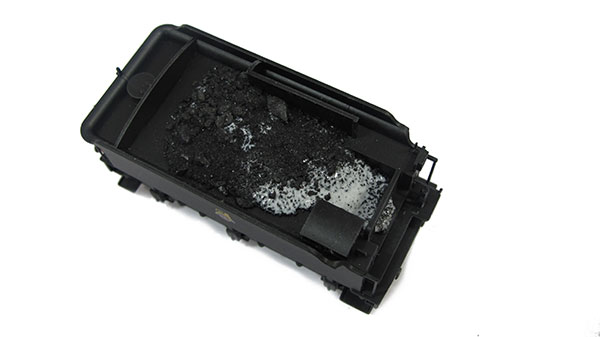 Build up a mound in your tender and fix it in place with a small amount of PVA glue and water in a 50:50 ratio with a drop of washing up liquid. Keep a piece of kitchen towel handy to mop up any overflow. 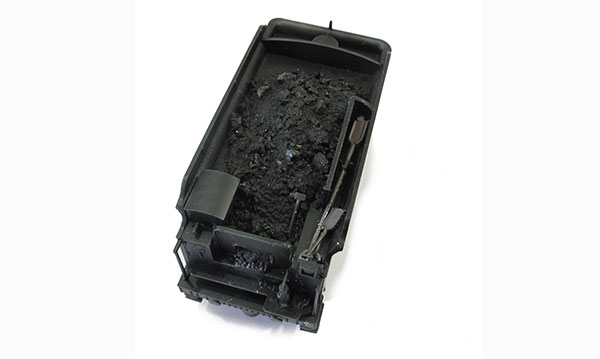 The finishing touch is a light application of black weathering powder to give the load a dusty look. You won’t need to fix this, the powders will be sticky enough and this part of the tender won’t see much handling. 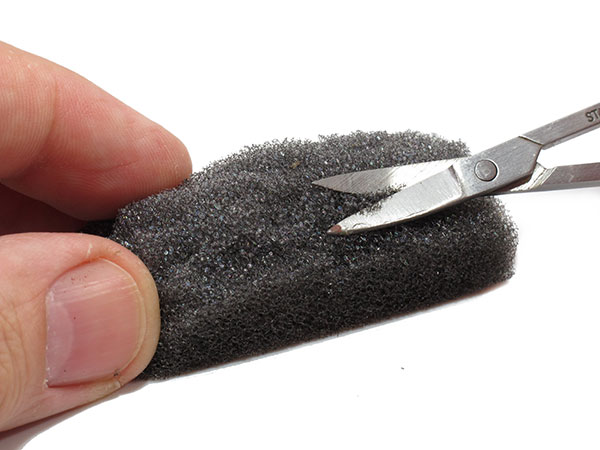 To fill an empty wagon, we need to provide a suitable base for the coal to sit on. Cut a piece of foam to fit the wagon,  then shape the top to look like a mound made when the coal is poured in from the top. 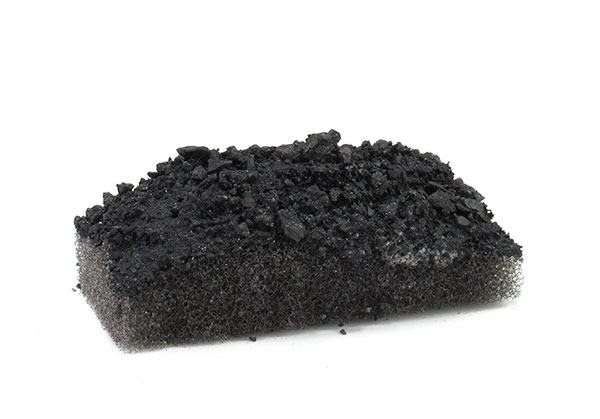 Spread neat PVA over the foam, then sprinkle coal on top. Finish with a little of the watered-down PVA, but not too much as the sponge will soak up the liquid and takes ages to dry. When in the wagon, the sponge will squash slightly, holding the load in place, but is easily removable so the vehicle can run empty. 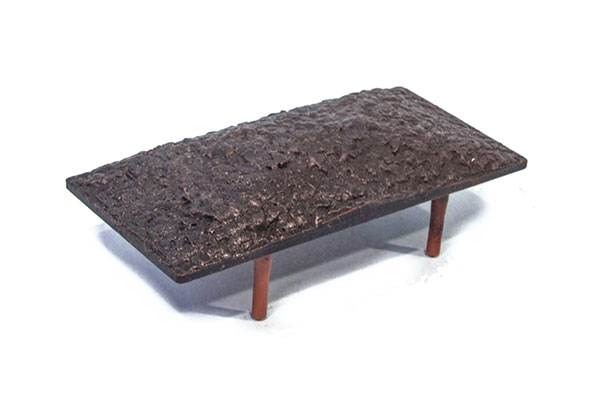 No coal? You can paint ready-made plastic loads sold for open wagons. Start with black, but dry-brush the lumps while wet with Humbrol Gunmetal paint. Real coal has a slight sparkle and this will provide just enough. 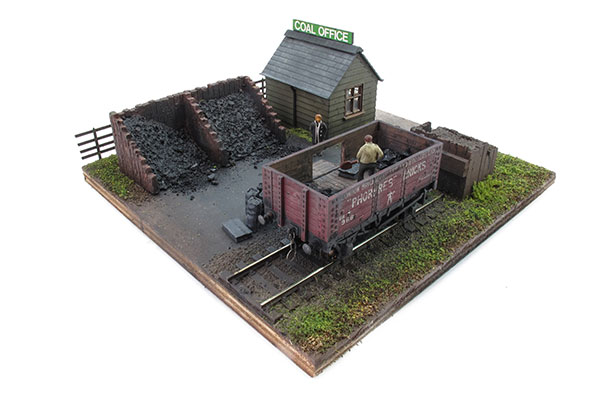 Don’t forget to provide coals storage on the layout such as the staithes from Hornby. They will still need real coal adding to look good, and a little spillage can be added on the ground – not much though, the station master would insist big lumps be tidied up!