How to weather track 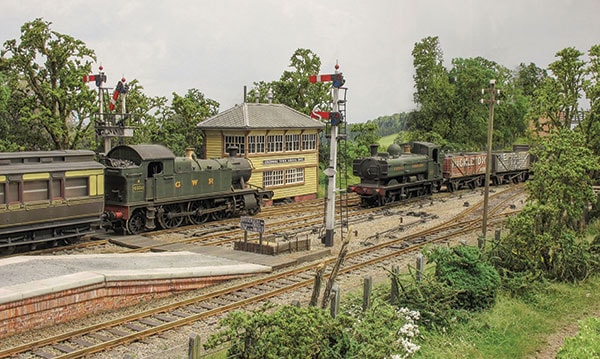 Armed with new paints from Lifecolor, we weather a selection of laser-cut sleepers for greater realism.

First, remove the sleepers and clean the minimal amount of fret excess used for joining the sleepers, which needed a sharp knife and a little filing. There is nothing else of note because these are beautifully crisp and well-cut.

We used the Weathered Wood and Rail Weathering sets from Lifecolor. At first glance the sets appear expensive, but they seem to keep going, making them cost-effective. The following set of photographs illustrate how we made these detailed sleepers even more realistic, but the techniques can be applied to other scales, too.

We fixed a selection of sleepers with Blu Tack (or similar) to a piece of wood for ease of holding and painting, turning some over to the reverse side for a bit of variety. 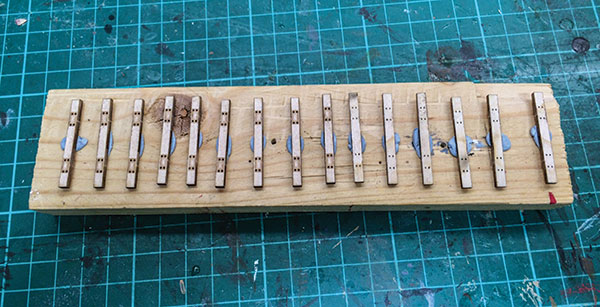 A coat of Lifecolor Warm Base Shade was applied to all visible areas. Wood is a porous material that is easily painted, and the paint has a tendency to settle into the grain, creating a realistic effect. 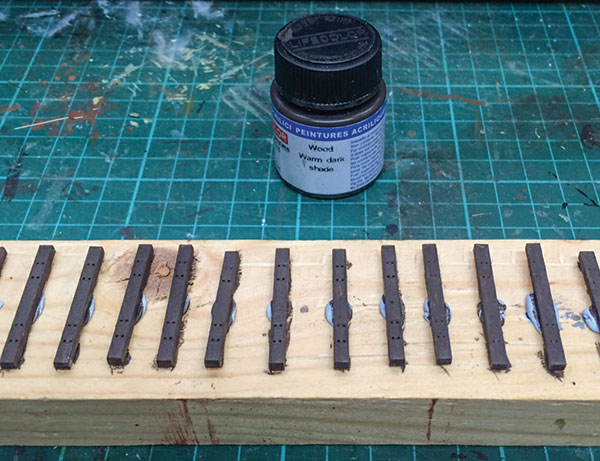 A coat of Lifecolor Cold Light Shade was dry-brushed over to highlight raised areas and edges. It also helps to cancel the very dark colour, previously applied in some areas. 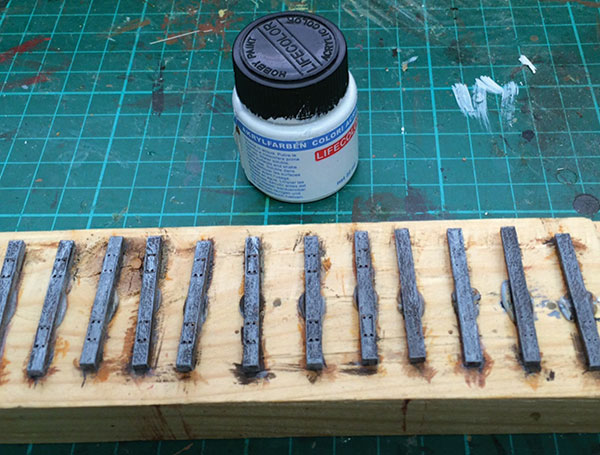 We applied Lifecolor Roof Dirt next, adding a dirty effect to the sleepers using a dry-brush application, but applying it liberally. 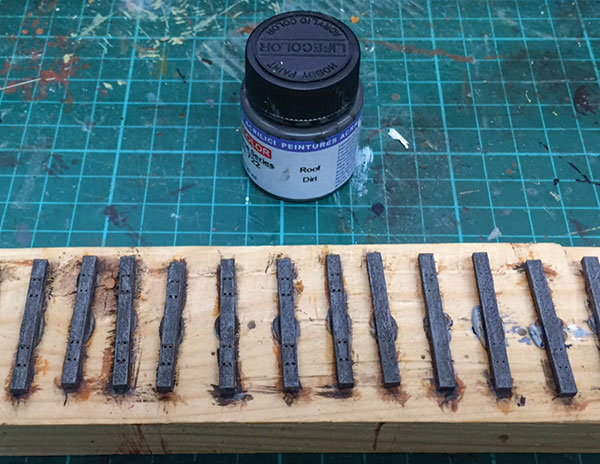 Finally, another dry brush coat of Lifecolor Sleeper Grime was applied, especially at the edges and ends. 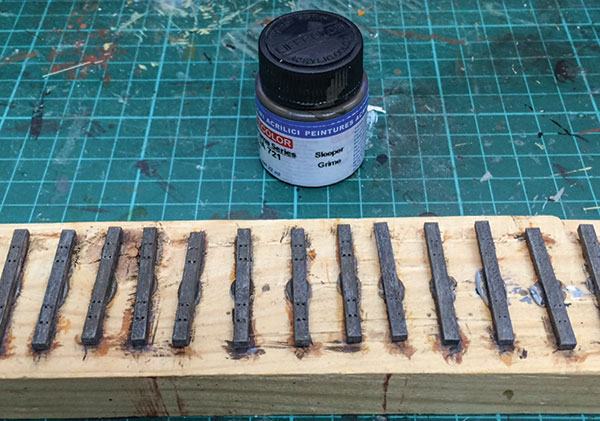 With all the layers of paint dry, the sleepers are left for about an hour. A wash of rust colour was added to the recess/bolt hole areas using paint from the Vallejo range, diluted with water and left to run around the recess and holes. We added an additional coat to thicken up the colour, particularly around the holes to represent rust left by the chairs when they were removed from the sleepers. 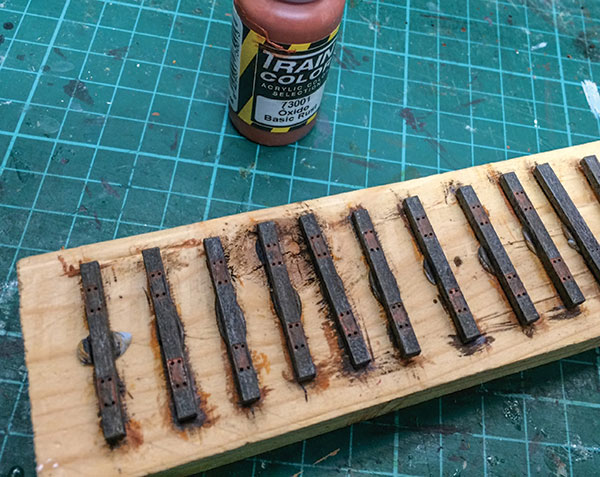 A few of the sleepers are a different colour in an effort to introduce changes that could occur in their manufacture, supplier or even age of the sleeper. We used Carr’s Sleeper Stain, applied by brush to four of the sleepers. 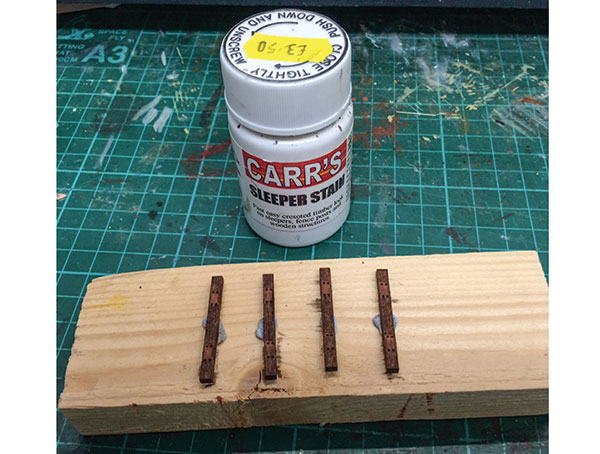 Dry-brushing is a useful technique that can be used to highlight areas by using a stiff brush that has had most of its paint removed by brushing excess onto a paper towel. The small amount of paint left behind can be worked over the surface, without covering it totally. Its main aim is to lightly cover raised areas - the application can vary in amount and you’ll need to keep refreshing the brush as the paint disappears quickly by drying and with use.

Over the coming months, we’ll be adding more step-by-step weathering articles to our ‘Techniques’ area of this website. Keep an eye out for these and follow the guides to further improve your model railway weathering.