How to build your first O gauge kit Modelling in the 'senior scale' might be unfamiliar territory, but employs many common modelling skills, as we highlight with the building of this Parkside 12T van.

Parkside Dundas (PD) has a well-deserved reputation for supplying high-quality kits for rolling stock in both 4mm and 7mm scales, among others. The ranges are now available under the Peco umbrella and represent good value for money. Not only are the ranges very large, all the kits in our experience fit together very well.

The prototypes for these general-purpose 12T box vans were built from 1934 onward, having a 10ft wheelbase to enable faster-running. However, the type was still built using wooden frames – rather old-fashioned compared with what some other contemporary railways were turning out. Over 2,000 were built by the LNER in its various wagon workshops. The type was very long-lived, lasting on BR until well into the 1960s. Latterly, some vans of this type were converted into other diagrams; fruit vans, for instance.

A full set of instructions is also supplied, the following step-by-step pictures illustrate how we got on.

All the parts laid out prior to starting building. Everything was very well-formed, with almost no moulding lines or flash. 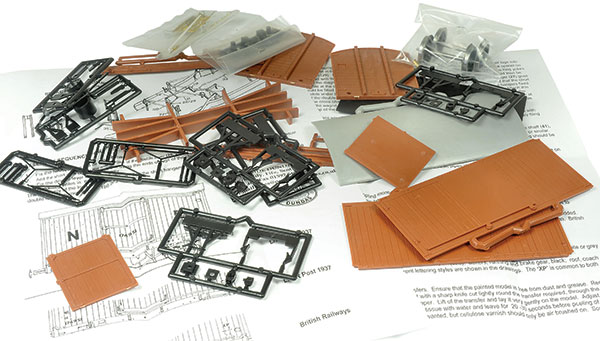 It is wise to consult the kit’s instructions from time to time; if nothing more than to follow the prescribed build-sequence. Slater’s Mek Pak was the adhesive of choice. The neat little box prevents spillage. We made up two identical halves for the body/ends. 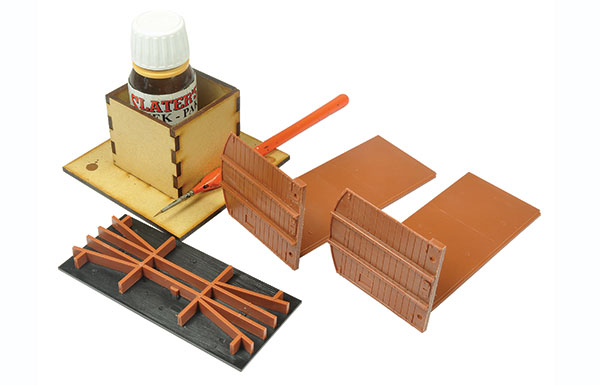 With the main body made-up, the floor was dropped in from the top. With the solvent applied, the floor wanted to lift up in opposite corners (despite the trussing being firmly fixed). We introduced a suitable weight and waited for the solvent to set. 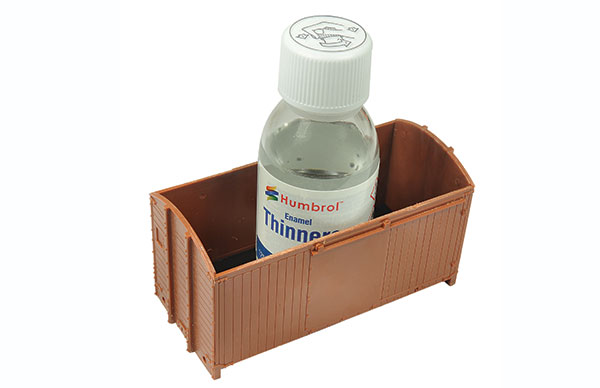 The roof was fitted at this early stage, again fixed with Mek Pak, introduced from underneath. We thought ballast might be a requirement (fitted inside the body), but, with the general mass of the van, no extra weight was necessary. 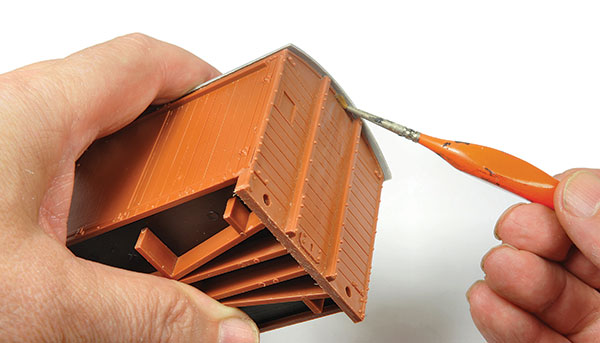 The fit of parts was perfect, with everything finishing up square and rigid. 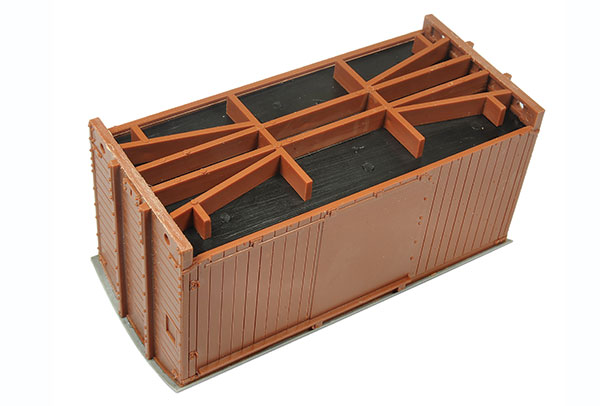 The ‘W’ irons and bearings are designed to be made-up as working (giving a degree of compensation). Great care was taken with this procedure. We broached out the holes so that the metal bearings were a snug fit. 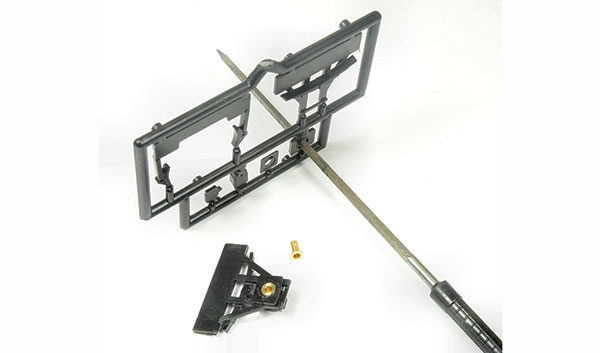 The bearings were made-up as a sliding ‘sandwich’, either side of the ‘W’ irons. A runny superglue was used to hold the pieces in place, ensuring that no glue got anywhere near the ‘W’ irons’ sliding faces! 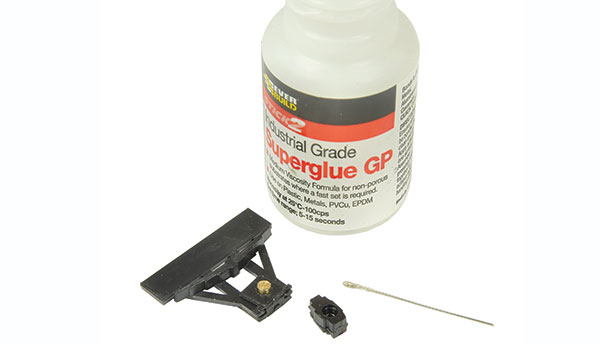 Such was the excellence of the fit of parts that the whole chassis was erected dead-square, with no dreaded ‘parallelogram’ effect on the axles. 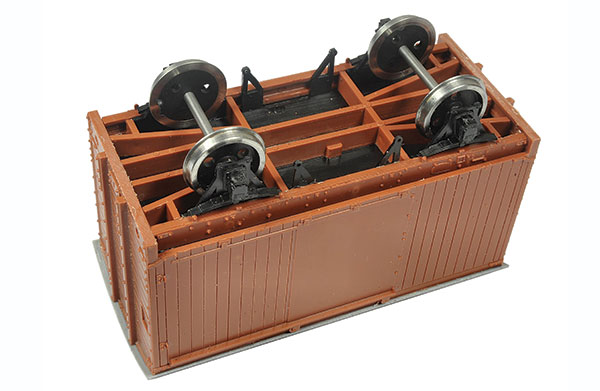 We fitted four ‘V’ hangers, but subsequently had to remove one, because there should only be three. Rather than use plastic, an appropriate diameter brass rod was used for the more vulnerable bits. The brake rigging was simplified, largely because unless the van is upside down, it’s mainly invisible from viewing. 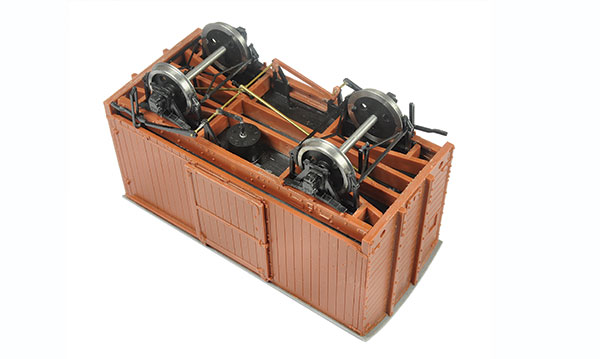 At this stage, We thoroughly tested the van over suitable track to make sure it rode perfectly. It did! 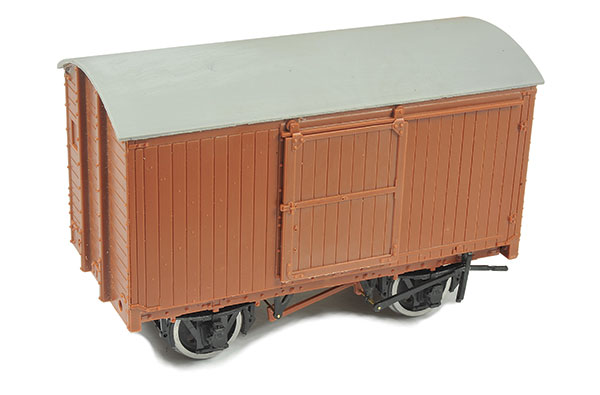 Very thin brass wire was supplied to make the exterior rails, but I substituted it for 0.7mm thickness. Dimples were provided in the mouldings for guiding the pin-chuck for drilling the holes. 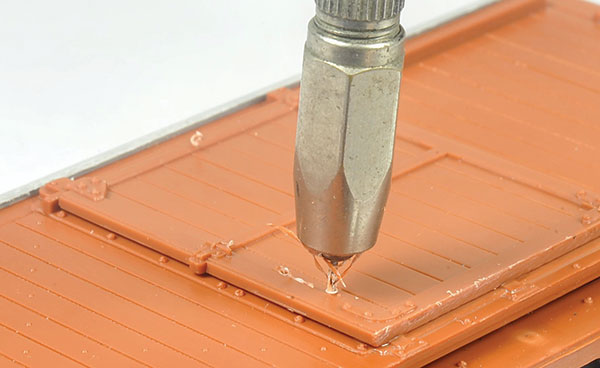 With the wagon all but complete, we temporarily fitted the three-link couplings. 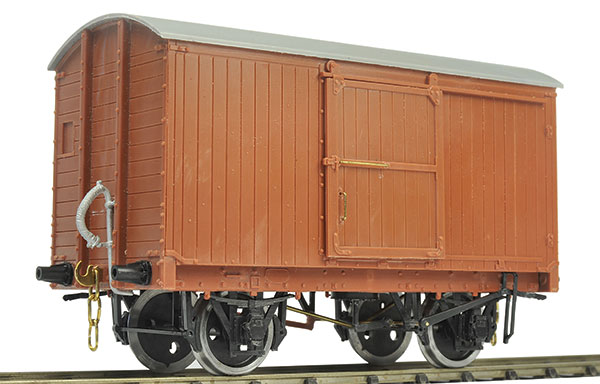 All the basic painting was completed using Halfords car acrylic ‘rattle can’ spray – first red-oxide primer, then matt black for the frames, then (after masking) a mixture of red oxide primer and Ford Burgundy Red (applied simultaneously) for the bauxite. The transfers were difficult to work with. On application of the water, despite all the numbers being perfectly in line at source, after a moment they all ‘swam’ away in every direction. So much so that, the ‘6’ in this number became a ‘9’! 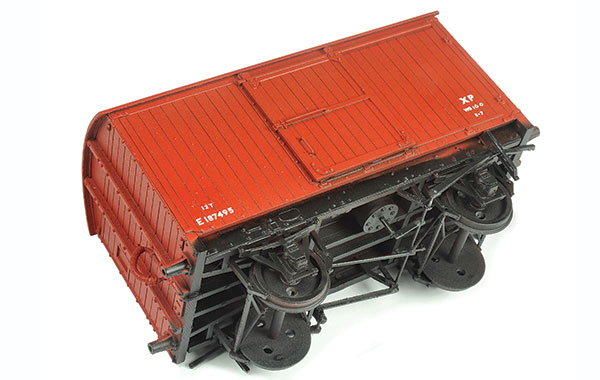 At least it’s now a ‘6’ on this side (the other side is staying!), but it could well be that this number applies to one of the rebuilt vans. It’s also staying! Despite the instructions saying that the frames should be bauxite as well in BR days, all the evidence points to their being painted black. Any slight over-spray from the bauxite was sable brush-painted in on the frames afterwards, using Humbrol No. 33 Matt Black. 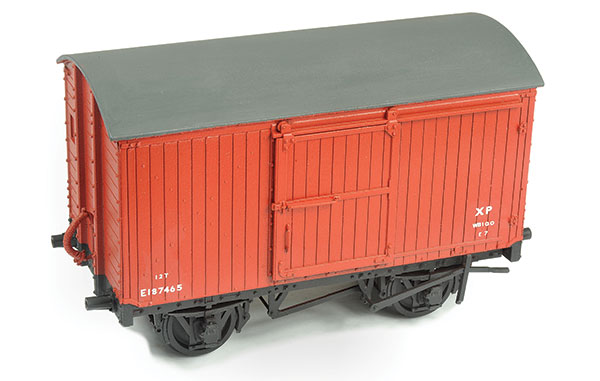