My question concerns end doors on wagons. I know these were flagged with a diagonal stripe, and there were a lot of them about, but where were they used? If I knew, it might be an interesting freight-handling facility on a model. I've never seen anything that utilises these doors modelled or full size. Googling the question got me nowhere. Cheers! John by e-mail.

As you say, the diagonal stripe on the end of a coal wagon indicates where the end door is located. Not all wagons had this, some had a broken V in the middle of the sides to show they were fitted with doors in the floor for unloading.

You might assume that the doors in the side would be used, but they aren't actually very big, and while staff could, and did, shovel coal out that way, it's a huge amount of work, and more importantly, very time-consuming. 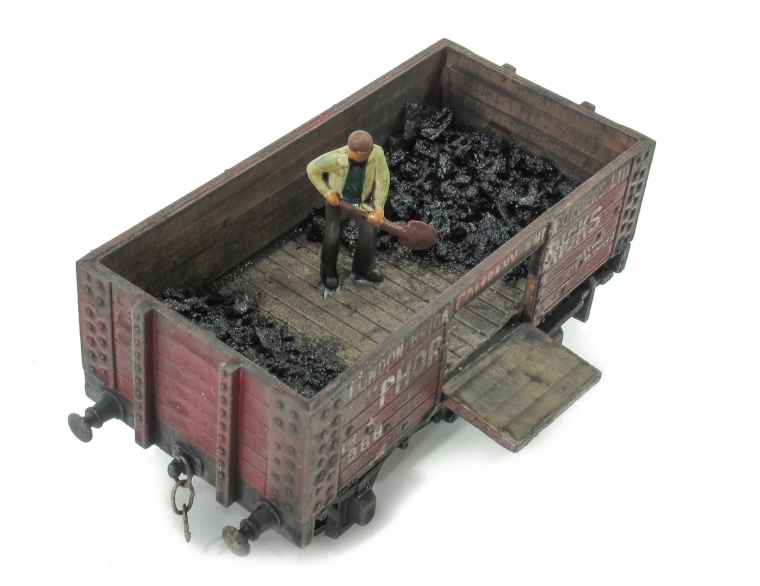 Steam-era railways ran on coal and it also made up most of the freight that they hauled. Thousands of wagons demanded efficient loading and unloading. Hence coal would normally be loaded by pouring into the top, leaving the characteristic humped shape.

Unloading was accomplished tipping the wagon using a "wagon tippler". Knowing the equipment used and a web search brings up many designs over the years, including many modern versions. Generally, the wagon is turned over on its side, the coal falling on to a conveyer belt. 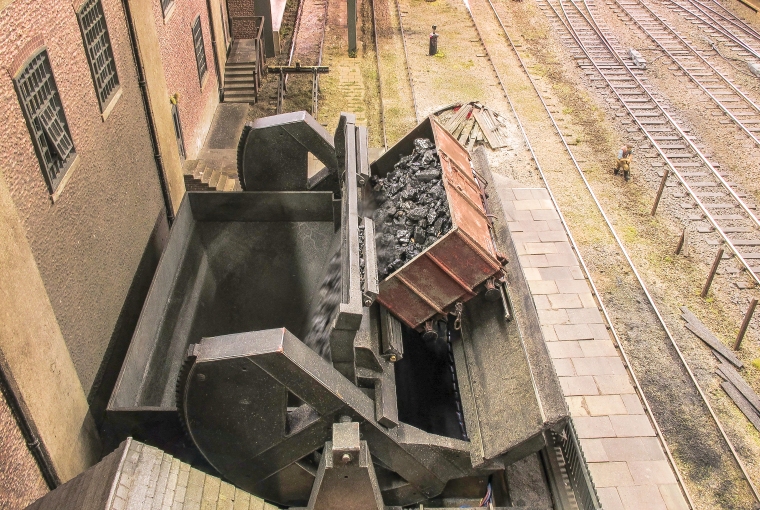 This photo of Luton MRC's O gauge layout 'Central Works shows you all you need to know. Each wagon is shunted onto the platform, uncoupled, tipped and then the train moved forward a bit. Time-consuming, but quicker than working with a shovel.

However, this doesn't explain end-doors.

Wagon tipplers that lifted the vehicle up and tipped the load out of the end did exist, and better still, they have been modelled. This fascinating thread on RMweb goes into detail and includes this video of a working model.

Better still, if you would prefer a RTR model, Hornby produced one in the 1980s - the R528 Operating Tipler set. They still turn up second-hand, but try to test the model if you buy one. It's not an easy fix if broken.

Quite what Margate thought that load was supposed to represent is still a mystery...