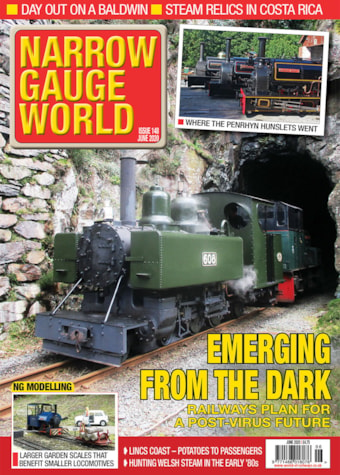 This month in Narrow Gauge World we continue our coverage of the COVID-19 pandemic and report how the railways are trying to plan for reopening, but we also have a lot more.

Graham Fairhurst tells us about a grand day out on the newly restored Baldwin First World War loco that he owns, with a private trip on the Welsh Highland Railway.

Editor Andrew Charman follows the complex paths taken by the Hunslet locos of Penrhyn, once they left the quarry, and he also recalls photo expeditions to Wales as a young enthusiast in the early 1980s.

Donald Brooks charts the history of the Lincolnshire Coast Light Railway, from potatoes to passengers.

Plus all the news, the best photography and much more!