TMC has commissioned Bachmann Branchline to produce the 24.5T mineral wagon for OO gauge for the first time. This completely new tooling creates a family of wagons covering most variants.

Covering the period from BR Steam and well into the TOPS era between December 1952 and September 1962, BR built 3,395 24.5T mineral wagons to diagrams 1/115 and 1/118. The wagons were built by BR works at Ashford and Shildon. They were built primarily for coal traffic to coal-fired power stations and large industrial locations and often worked in block trains. A good number were lettered for specific routes but, in practice, often strayed from these routes. A small batch was produced with pressed side doors and there were differences in buffer types and axleboxes as well. Their duties meant that they could be found from Scotland to South Wales, wherever coal was transported! 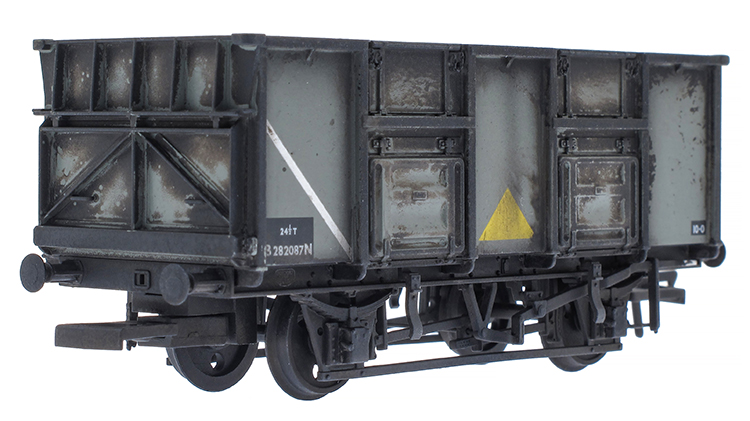 As the wagons moved into the TOPS-era they became classified as MEO and later variations included being re-bodied with single doors or with sealed doors for transporting non-coal mineral loads, such as sand. 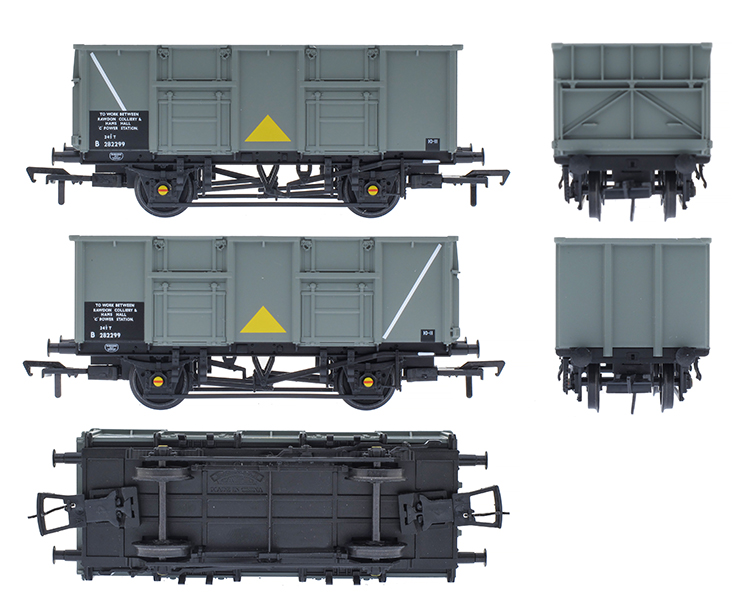 A frequently seen marking on these wagons is the yellow bodyside triangle, which helped staff distinguish the wagons from the numerous 21T type wagons, which on a dark night in a yard could easily be mistaken with the principal difference being the overall height of the wagon body. When looking at photographs of workings, it’s easy to mistake one type for another, unless there’s a mixture of the two types in a train, but the surest way to differentiate them is the height of the upper door panel, which on a 24.5T wagon, is about half the height of the lower door (rather than a third of the height on a 21T wagon). The wagons will look particularly pleasing when mixed with 21T and 16T types for the typical variety, which trains included over the years.

A remarkable variety of wagons within the same classification are being catered for with both oil and roller bearing axleboxes, plain and pressed side doors, spindle or self-contained buffers, single or double door drop hangers and various permutations thereof. 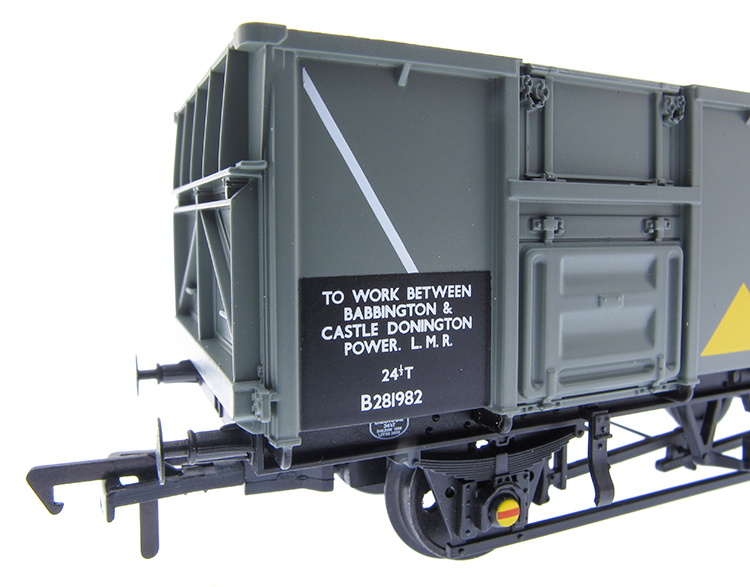 There is a mixture of products available as individual wagons or as twin packs with different numbering markings. The style and content of numbering, lettering and routes to be worked also shows considerable variation and also adherence to prototype images. At launch, there are seven different packs available totalling 10 distinctly different wagons. TMC can add a real coal load and individually renumber wagons, if desired. The modeller, therefore, has the choice of everything from the basic product through to highly individualised items. 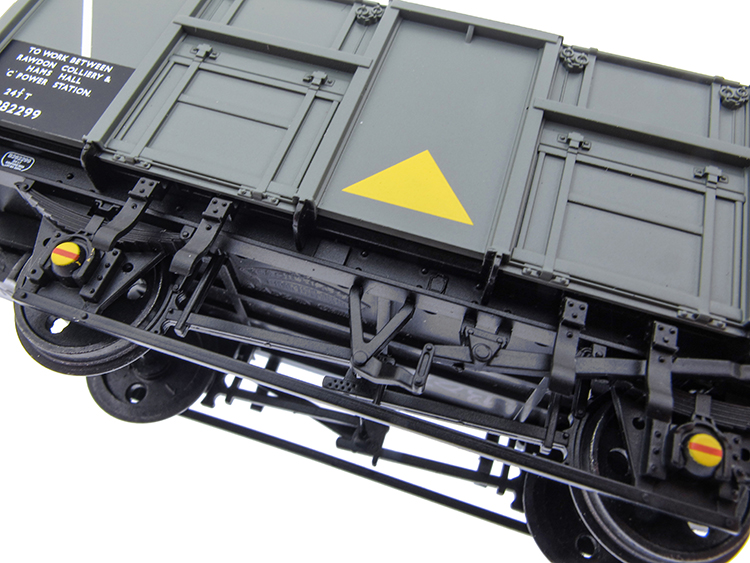 Everything looks and feels right about these models and they meet Bachmann’s usual standards. Decoration is particularly pleasing with its individuality and they can all be thoroughly recommended.