These wagons are the first from another new manufacturer entrant to the UK model railway market. Howard Smith takes a closer look.

Not all railway lines in Britain have seen MoD railway traffic flows, but for those that did – or still do – the subject has interested many a modeller as they seek to create authentic depictions of the freight flows on their model railway. The upgrade of British Rail’s revenue-earning fleet of wagons throughout the 1970s was progressive and many newer long-wheelbase designs were introduced with improved suspension for faster, more reliable freight flows. The majority of customers could accommodate these wagons. Ministry of Defence (MoD) sites, however, were often confined with internal railways, which had always been shunted by compact locomotives of 0-4-0 and 0-6-0 designs. The previous 12T vans were ideally suited to the tight radii. However, their aging design, restrictive speed limit and aging vacuum-braking wasn’t suited to the modernisation of freight flows. The solution was found in the renovation of 550 of these wagons, which received an upgraded suspension, roller bearing axle boxes, Oleo hydraulic buffers, air-braking and screw couplings. The refurbishment took place between 1977 and 1983, with the revitalised fleet lasting in regular traffic flows until the early-1990s. A number were retained by civil engineers after MoD use. 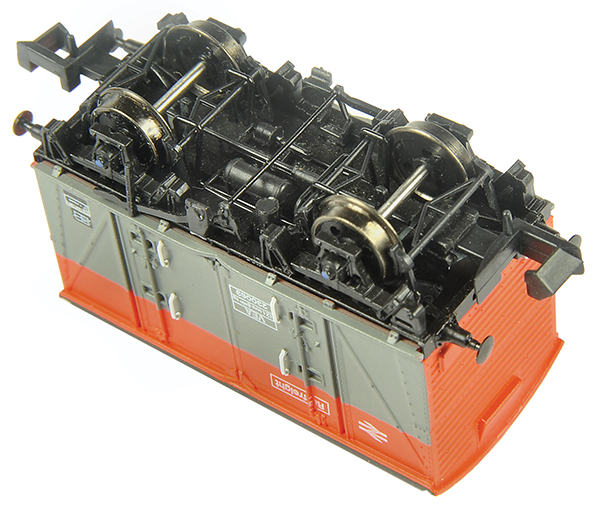 Modified suspension and air braking were among the changes made to the original vans. Sonic Models has included both on this model.

A new Chinese manufacturer, Sonic Models, has entered the British market with the release of its first model of the VEA munitions van in N gauge. Distributed and assisted by Revolution Trains, the manufacturer is leading with the premise that this is to be the first of numerous models in N and OO gauge. Promising times ahead for modellers, perhaps?

We’ve seen a sample from each of its three liveries, these being BR maroon, BR Railfreight red/grey and Railfreight Distribution grey/yellow. Each of the liveries are offered with a choice of running numbers, bringing the total number of wagon variants to 13 – an impressive figure for this initial release. Some wagons have specific data and hazard diamonds, in some cases depicting those that had torn off – information provided using archive photography by Paul Bartlett.

Packaging is very similar to that used by Revolution Trains – a card outer sleeve, inside of which is a solid plastic case with removable lid, bearing Sonic Models branding. The inner plastic tray containing the model can be removed to reveal an accessory bag containing a dummy screw-link coupling, dummy coupling hook, air pipes and instructions for their fitment. It's a solid, sturdy, yet smart solution. 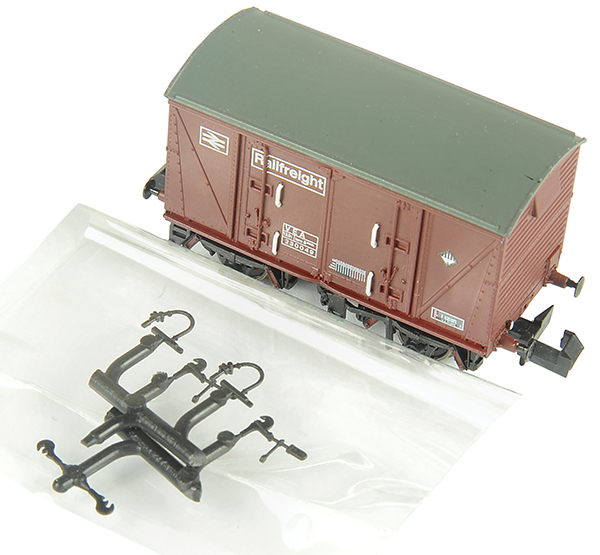 These wagons are the first from another new manufacturer entrant to the UK. Though the N gauge market has remained safe in recent years, it’s welcoming that there are no signs of it stagnating. Modellers of the ever-popular BR TOPS dieselisation-period now have access to more variety in their wagon fleets and have an excellent excuse to commence modelling small branch lines and MoD sites.