Tony Wright believes this plucky little 0-6-0 tender locomotive from the manufacturer has been worth waiting for.

On first taking the model out of its packaging, it has an air of high-quality. A prototype picture of No. 1010 can be found at the bottom of page 231 of Yeadon’s Register of the class, and it would appear to match that very well (other than the real thing being dirty). Correctly, the safety valves are of the Ramsbottom type, contained in a brass ‘trumpet’ (though this is black on the model, since the brass was probably painted over) and the buffer beam is in the form of a ‘sandwich’, with tapered-shank buffers, which are sprung. The smokebox is also the correct, shorter length (representing an original saturated engine), with the horizontal handrails not continuing in a rising arc over the smokebox door. 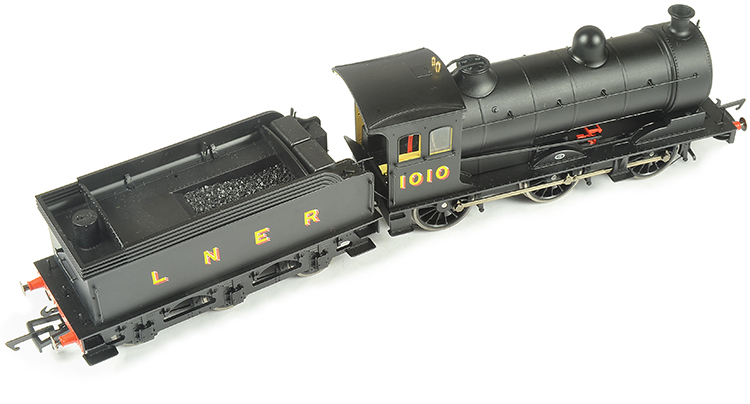 The tender is also right in having four (filled-in) rails around the coal space and three (open ones) around the rear space. There are numerous separate fittings, none of which need to be added by the purchaser – they’re all fixed in place for you; brake rigging, etc. There are some detail issues I might question. The cabside windows seem to be too narrow, resulting in a greater-than-scale width to the central pillar, and I can find no evidence of J27s ever having prominent rivets along the top of the footplate’s edge (countersunk rivets were Darlington’s usual practice). That said, correctly, there are rivets at the splashers’ bases. Presumably because of production necessities, the handrail pillars protrude out horizontally from the boiler sides, where, in reality, they should be radial from the boiler’s centre. The bottom of the boiler is part of the chassis, resulting in a visible seam line, though the representation of the inside motion is a very nice touch. 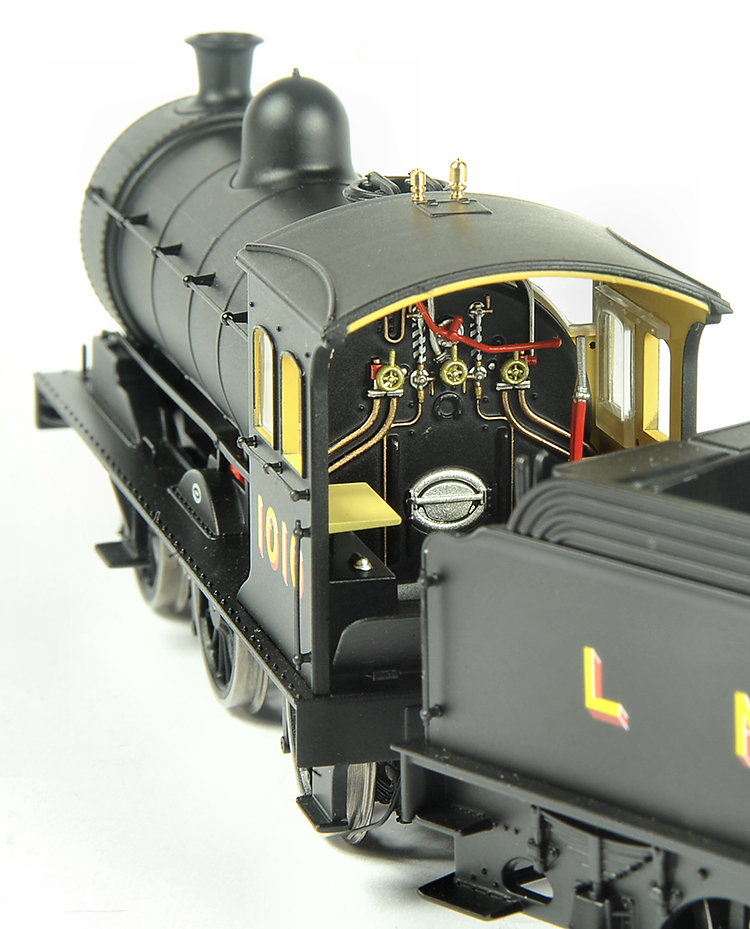 The finish is a pleasing overall satin sheen of black, though these locomotives were rarely clean in reality. The numbering/lettering is crisply and accurately-applied (those who renumber theirs to GE-allocated J27s will need to space out the ‘LNER’ on the tender with the letters further apart). I’m not sure about the cabside interior colour, however. It would not stay cream for very long in service, though the cab interior is beautifully-detailed. The fallplate seems to refuse to lie flat for long. A two-position drawbar allows for closer coupling if desired, but don’t expect the model to go round train set curves if this is altered. 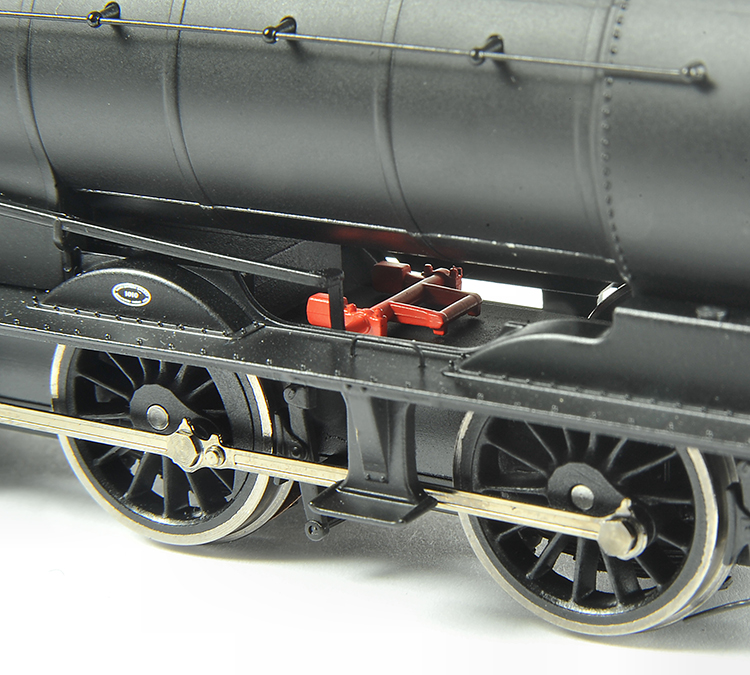 Performance is exemplary, straight from the box. It’s smooth-running, quiet and rock-steady. And, despite its relatively light weight, it’s sure-footed enough on fairly heavy trains. Provision for a 21-pin DCC decoder is provided in the tender, with consequent four wires passing between the two units. Pick-ups are on all the drivers and the first and middle wheelsets of the tender, resulting in no stalling over pointwork and crossings. All wheels are true-round with consistent back-to-backs, and this lovely-running little engine negotiated both hand-built pointwork and Peco with consummate ease. Where this delightful new model really scores is in its incredibly low price. This represents outstanding value for money, and it’s sure to fly off the shelves. I thoroughly recommend it.