As the excitement for the new series builds, we catch up with Laurie Calvert, a member of Team Steampunk on last year’s show.

As the excitement for the new series builds, we catch up with Laurie Calvert, a member of Team Steampunk on last year’s show to find out more about his time on programme and what’s in store for the 2019 participants.

Laurie: For me, I really wanted to showcase the Steampunk Science-Fiction idea and how it can be integrated into model railways, as I think this is an imaginative way to approach our wonderful hobby and Steampunk hadn’t been done before. Plus it may encourage a few younger people into the hobby.

Laurie: The most difficult part of the build was all of it and the thought that some viewers would think we were after our 15 minutes of fame, rather than a serious, albeit fun, model layout. This was a serious sci-fi Steampunk model mixed with railways and dinosaurs, to entertain to infinity and beyond.

The most enjoyable part was the first two hours because in that time we went from blank baseboards to lay track with ballast by using ballasted foam. We were running fully before the other two teams and we had caught up and overtaken, which was very dramatic, and shows time travel is possible!

Laurie: Depends what you want to do. If you want to win, keep an eye on what the judges go for, such as elevation, animations, then build to that. Also build as much as you can whilst there, with many clever ideas. If like Team Steampunk, you just want to showcase your novel idea to millions, then submit an interesting team to the producers, something new and different, and you could get chosen.

Laurie: This show was not for the hardened enthusiasts but rather encouraging a new group into the hobby, and to that end, the ‘word on the street’ is extremely favourable. I think the hobby needs it sooner rather than later. It needs some fresh ideas to add to it, move it forward with the times, and get it on track again. The show certainly showed a lot of imaginative ideas such as our Steampunk one, to broaden the appeal of the hobby. Not change it, just add to it. There is room for us all. 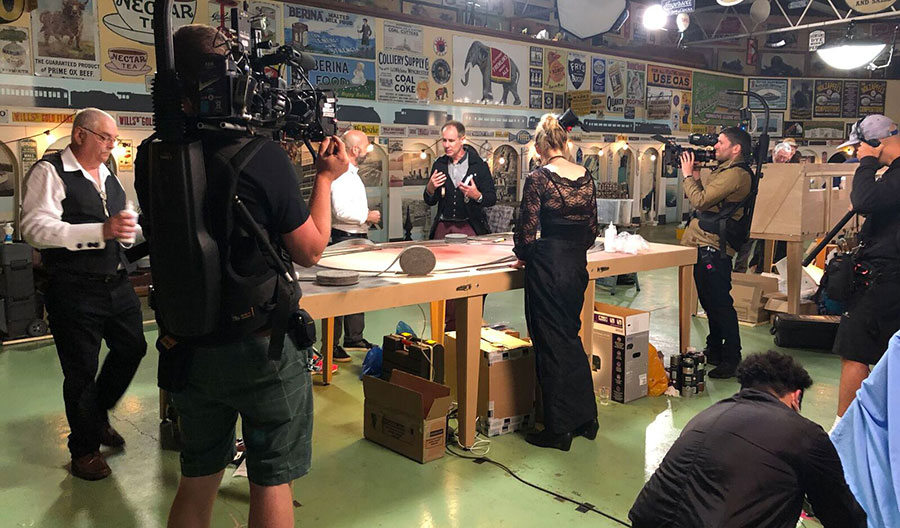 Laurie: I got spotted at Chatham Dockyard once by a strange gentleman saying he knew me from somewhere. It took a while for us both to figure it out as I wasn’t wearing my Steampunk costume. I attend a lot of model railway shows with my sci-fi Steampunk layout, Cato Pass, at the rate of about one a month. Every show since GMRC1 somebody recognises me from the TV show or my YouTube channel, and that is great, as it has raised awareness. Plus I get to hear that some people thought we should have won our heat, but more than that, that they have been inspired by what my team did in particular, and there can be no greater reason for doing the show other than that.