Receiving a first model from a manufacturer new – to the British railway scene, at least – is always a welcome sight. Japanese manufacturer Kato is better known for its models of high-speed, freight and express trains for continental Europe in N scale, and N and HO scale models of prototypes for the North American market. However, it has remained largely elusive in the UK, until now.

The IEPs, constructed between 2014 and 2018, are of a modular design, being an adaptation of Hitachi’s A-train platform, for the narrower British loading gauge. The bodies are of lighter aluminium construction and power is bi-modal, receiving power from overhead line electrification (OHLE) under normal operating conditions via a pantograph, while underfloor generators provide emergency power, should a diversion or OHLE failure occur. Operators of the Class 800s are GWR, with its 36 five-car 800/0 sets and 21 800/3 nine-car sets, and LNER with 13 ‘Azuma’ Class 800/1 nine-car and 10 five-car Class 800/2 sets. 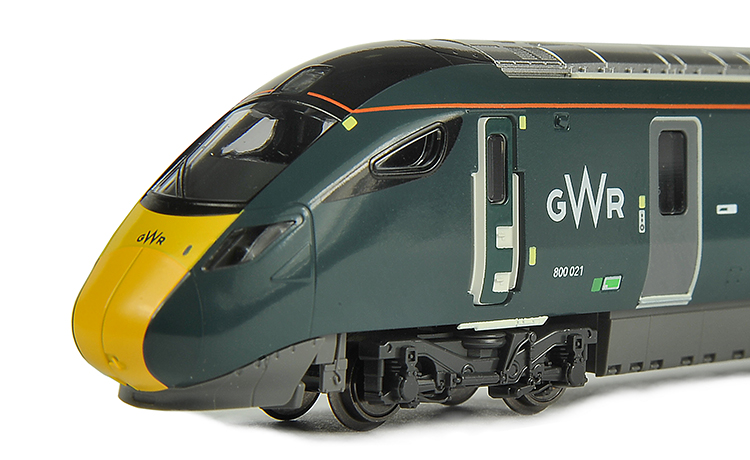 Not without their teething troubles – as per many new locomotive classes following large-scale introduction – problems have included electro-magnetic interference with lineside equipment, overheating generator units, and, more recently, cracks in the welds of bogie yaw damper brackets. The last-mentioned problem saw GWR and LNER suspend their Class 800 series trains in May this year, with a long-term solution to the problem said to be underway.

We were kindly sent for review a sample of Class 800/0, 800021 in GWR livery from Gaugemaster. Also available is 800/2, 800209 in LNER ‘Azuma’ livery. Both five-car models are available from Gaugemaster and its stockists. In addition, Gaugemaster is retailing exclusive train set versions of both models in its branded packaging, containing an oval of Kato Unitrack and a controller/transformer, too.

Kato’s model is wonderfully presented in book-style plastic packaging, with a precision-cut foam interior, holding the cars and track in-situ. Quite unlike what we’re used to seeing, it is neat and removes much of the ‘faff’ of assembling a multiple-car train from individual boxes. Provided inside are instructions, with details of spares distributor, Gaugemaster. 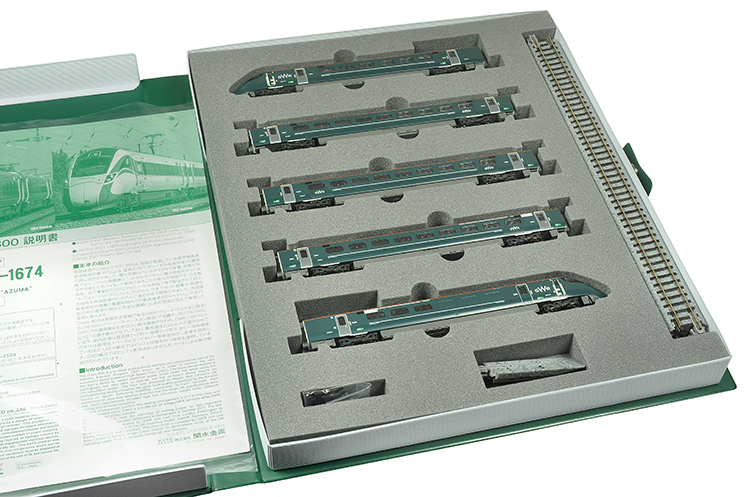 Livery application is flawless, the perfect level of sheen carried by the regularly-washed units being captured well. Predictably, the hue of GWR green has caused debate among some modellers, but it appears very close to the vinyl finish of the prototypes. The contrasting cream around cab- and passenger door surrounds is exceptional given the thickness of these lines, as is the pin-sharp orange cantrail stripe. GWR lettering to the nose, sides and the unit number is legible and sharp. The detachable nose of the prototypes leaves a visible gap, of similar thickness to the cantrail stripe. Though correctly moulded in the plastic of the model, a thin black line of paint might have made it more prominent.

In use, the units quickly received a layer of ballast and brake dust in areas not reached by the washing plant, such as the ends and roof. Weathering a unit to reflect this must be done carefully – it would be a crying shame to spoil the paint of this model. 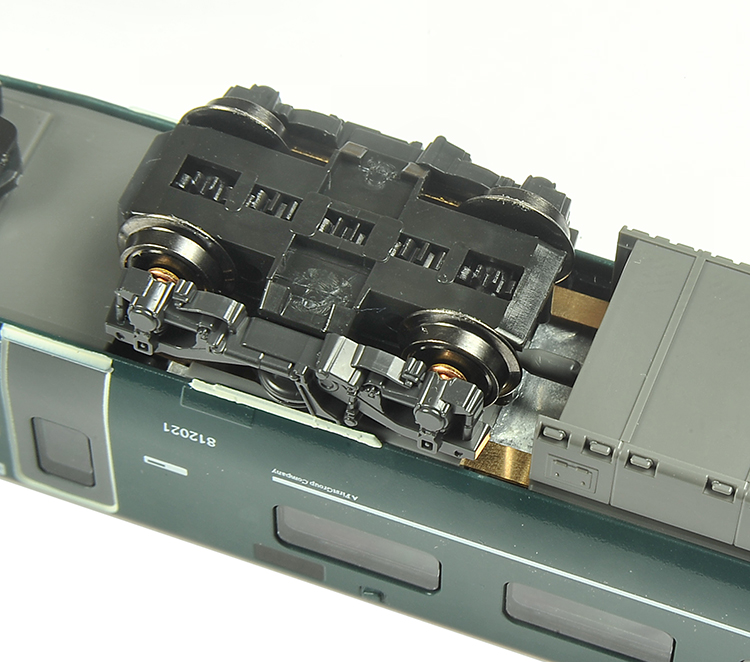 The raised and inset detail around the bodyshell is impressive, both in its quantity owing to the complex roof and underframe panel arrangements, but also in its quality and refinement. The pantograph, despite its miniature size, appears authentic, and roof ventilators are clearly visible beneath the grilles. Granted, given the scale, some detail can be forgiven for being omitted – LED destination boards, inter-car jumper- and power cables, for instance.

On test on Peco Code 55 track, our unit performed capably and smoothly at slow and high speeds, the power unit being located adjacent to one of the outer cars. Some users have reported wheel flanges interfering with rail chairs on Atlas Code 55 track, though with Peco Code 55 being a standard for many British layouts, this shouldn’t pose a problem to most.

Following early feedback of the first batch of GWR Class 800s, it was noted that the interior seating configuration was incorrect for Coach 4 (814021) in the set. First Class features 2+1 seating with tables, while Standard Class is a mix of 2+2 and airline-style seating.

The issue only affects the first 1,000 models of the first production run of GWR-liveried Class 800s. Kato has modified tooling for future releases and subsequent GWR Class 800s and all LNER examples will feature the newly-tooled correct interior configuration for Coach 4 (814021). Buyers of models concerned can enquire with their retailer, or directly with Gaugemaster for a replacement. 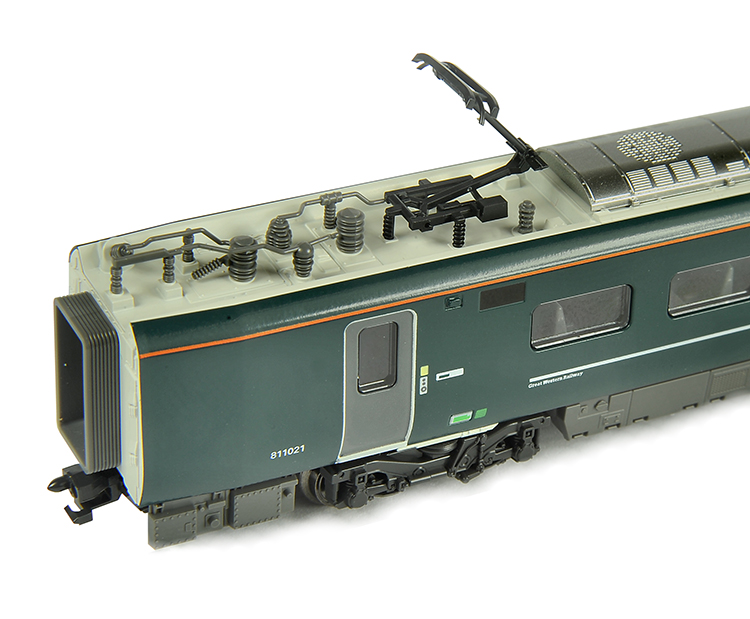