As the excitement for the new series builds, we catch up with Callum Willcox, a contestant on last year’s show.

As the excitement for the new series builds, we catch up with Callum Willcox, a contestant on last year’s show to find out more about his time on programme and what’s in store for the 2019 participants.

Callum: I think our favourite part of taking part in the Great Model Railway Challenge was meeting lots of fellow likeminded Modellers, all with a passion for the hobby in which we love! As you can imagine, there was a lot of Banta on set (especially around the tea urn), and of course interest in what techniques other modellers were using. This has been echoed by many teams who took part in the show, and of course the judges, Steve and Kathy who also learned a few new tricks on set! We made a number of good friends on set too, and have since met at various shows and railways around the country.

Callum: As you can imagine with building a working layout, to a set theme in such a short space of time really was a challenge. Not only did you have to take all the above into account, but the activation and drying times of the many of the materials you were using. One of the most difficult parts of Grand Final Build – “Melton Down” our Cold War alternate History Layout, was assembling the two massive cooling towers, which were the centrepiece for the layout. The towers were made some card strips and were assembled by our chief scratch builder Adrian Boots. However, the sheer size of the towers was pushing the materials used to the bounder of their capabilities. It took a full 2 days for Adi to assemble the towers, at one point 4 of us were holding one together while one of us ran super glue around all the seems to keep the structure together! However, the end result was well worth the panic and stress.

As for our most enjoyable build, it has got to be Blackadder’s Bunker on our Blackadder Themed Heat Layout – “Go Forth”. Team member Callum Shergold spent the final day assembling tiny tables, chairs, and bunk beds for the cameo. Once in position, with figures of the iconic trio (Blackadder, George, and Baldric), the scene came to life! This could be seen on everyone’s faces when the bunker was revealed during judging. 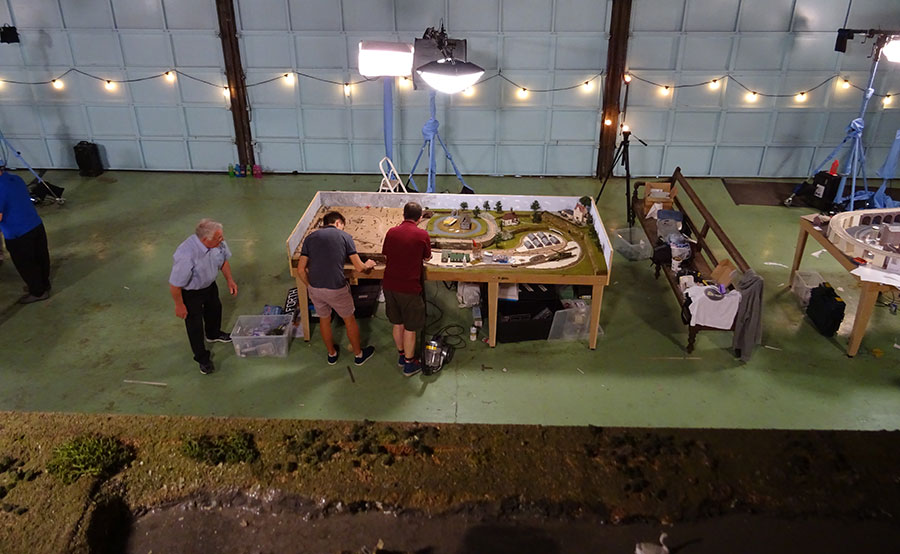 Callum: Our advice for teams taking part in future series of the show is to come well prepared, with a good plan, and everyone on your team has a set task, which works to their strengths and modelling skill.

During planning, we all sat down and talked about what part of modelling we each really enjoyed, and quickly came to the conclusion on what roles we would do during the build. Adam Ashford’s strength was track and track planning, Will Hawk’s was wiring and electrics, Adrian Boot’s kit and scratch building, my grandfather John Filer and in the final episode Will’s Dad, Reg Hawk’s were woodwork and landforms, and myself Scenery and Landscaping. Team member Callum Shergold played a very important role, as handyman, helping with any roles as needed. At the time of the show, Callum had never built a model railway before, so learned all during filming! By the time of the final, he was building all our Metcalfe Kits and thoroughly enjoying it!

Callum: In short yes! The show as done a massive amount of good in spreading the hobby to a wider audience, that otherwise would have never considered or have taken up railway modelling. This is most evident at Exhibitions and Model Shops up and down the country, with attendance and sells up.

The best example of this was at a show I attended with “Amiens 1918” my WW1 Trench Railway, the weekend which the first episode aired. Upon arriving at the hall early in the morning, talk between many of the exhibitors was that of the show, both in a good and bad light. However, as soon as the doors opened it was evident that the show had rubbed off the general public, with lots of young families turning up to the show to see what railway modelling was all about! One couple had recognised me from end credits (our episode was teased as it was featured the following week), they said they had no interest in model railways before watching the show, however, during a trip into town they saw a sign for the exhibition, so popped in for a look and were asking what’s the best way to get started in the hobby!

However, the best example of this has got be what we did with our Blackadder Layout “Go Forth” after the show. Like some of the other teams who took part in the series, we managed to save our layout, however, upon getting it home found we had nowhere to store it. Thankfully our local model shop, Signals Models of Midsomer Norton helped out and provided a temporary home for the layout, while we found it a permanent home.  During a lunch shift at work, a customer recognized me from the show, and mentioned his son, Tommy (age 9), was a massive fan of the show! So I asked, “Would he like the layout?” As you could imagine, he didn’t know what to say, especially when I told him that it was free too!  So a plan was hatched for him to collect the layout, and for me to rebuild it in complete secret from young Tommy.

Once the layout what at its new home, I spent a day re-assembling it with Barry (Tommy’s Dad), while Tommy was at school, before it was revealed to him one evening after watching the featured episode with the family! His reaction to seeing the layout for the first time was filmed by his mum and can be seen on my YouTube Channel SDJR7F88, for us, this is what the Great Model Railway Challenge was all about! And we couldn’t think of a better home for the layout. 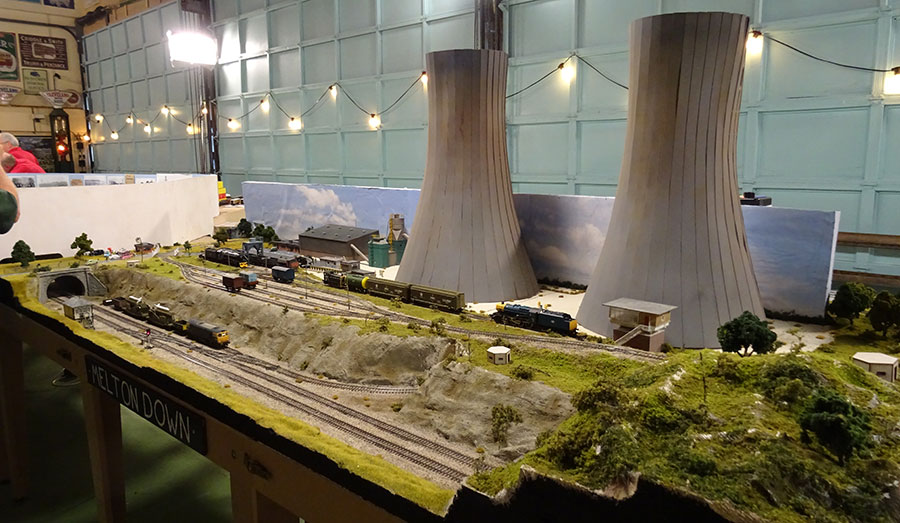 Callum: Life after the show certainly has been a bit different to what is was before the show. My current full-time job is Bar Staff at a local pub. Before the show, my work colleges often found it hard to grasp what the hobby was all about, and what is involved. After watching the show, they really have taken an interest in what I do, and appreciate the work that goes into it. I’ve even had on one or two occasions a customer recognises me, which is always a great laugh, and often ends with a good chat about model railways!

At Exhibitions and railway outing with a fellow team member, we often get recognised and asked about our time on the show, with lot of positive feedback, however, sometimes we do get a few negative views and opinions about the show. Of course, everyone is entitled to their views.

One of the best encounters we’ve had after the show was with another young fan of the show, who kindly asked for our Autograph! So I printed out a team photograph of us with “Go Forth” and got the whole team to sign it, before posting it to him, which really made his day!

For us, on a whole, the Great Model Railway Challenge has been a very positive and enjoyable experience, and one we would certainly love to be a part of again.