The Class 52 'Western' hydraulics are a firm favourite amongst Western Region fans, their echoing twin-engine roar forever remembered around key stomping grounds such as the South Devon Banks. Though the class only had a short-lived career because of mechanical issues, few enthusiasts today might recall another trouble that plagued the Class - poor visibility in heavy rain.

Cheltenham Model Rail Centre commissioned Dapol to produce models of the Class 52 'Western' diesel-hydraulics with tooling changes to permit the depiction of locomotives fitted with short-lived experimental windscreen wipers, known as 'clear screens' and a modification carried out on D1000 with ventilation grilles in the front valance. Now arriving with the retailer, the final touches to a specially-designed packaging sleeve that fits over the Dapol box are being made before orders are dispatched. Kindly received from the model shop are three models, depicting each exclusive variant: D1000 Western Enterprise, D1006 Western Stalwart and D1039 Western King.

Released into traffic from Swindon Works in December 1961, D1000 carried desert sand livery until October 1964, when it was repainted in BR maroon with small yellow warning panels. While carrying this livery D1000 had modifications to its front valances with added ventilation grilles. These were plated over when the locomotive was painted into BR blue in June, 1967. The model shop hasn't been able to determine the reason behind the additional grilles.

The number and nameplates fitted to D1000 were larger than those adorning other members of the class and D1000 was the only Western to have cast aluminium BR crests. The non-standard name and number plates were carried until the locomotive was scrapped, but the BR crests were removed when the locomotive was repainted into BR blue. 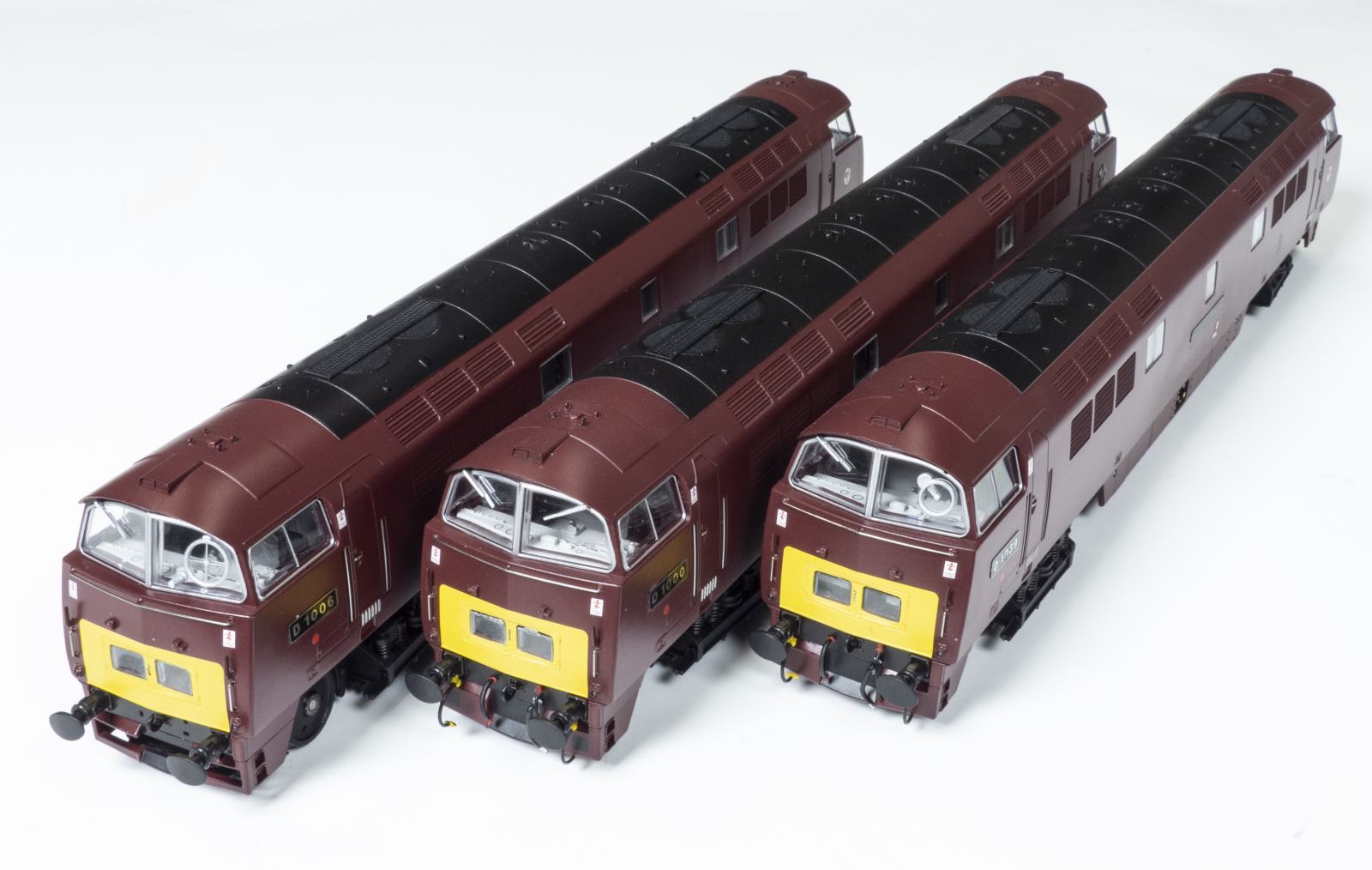 From left to right, D1006, D1000 and D1039. Three tooling changes, the outer two locomotives featuring two variations on the rotary windscreen wiper, the inner-most the additional grilles in the front valance. 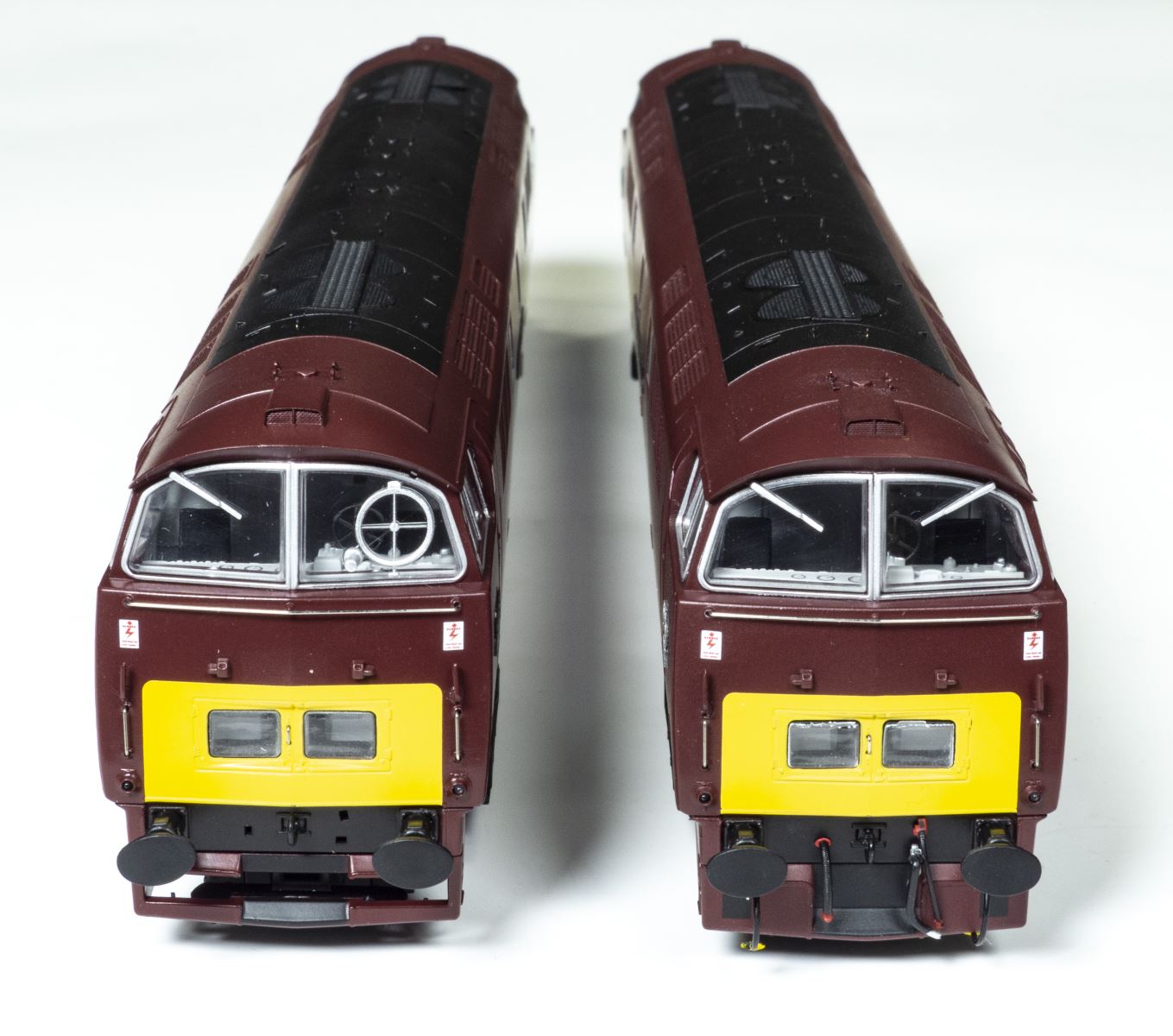 Attention to detail is to Dapol's usual high standard, with an excellent fit and finish of parts. The crisp edge of the yellow warning panel over the maroon must be seen to be believed!

Ever since their introduction in 1961, windscreen wipers on Westerns were a constant source of problems. Swindon experimented with different motors and blades before turning to George Kent Limited and their design for a Clear View Screen. This rotary style of wiper was a common sight on ships and it was hoped it would provide a clearer view than standard wipers fitted to Class 52s. Shown above, fitted to Cheltenham Model Centre's model of D1006, the later Mk. 2 version of the wiper. For more information on these models, visit its website.