Andy York re-visits the Dapol/Rails 0-6-0T 'Terrier', this time in arguably its most charismatic of liveries – Stroudley's 'Improved Engine Green' – an exclusive to Locomotion Models.

We reviewed the Dapol/Rails 'Terrier' previously and are now delighted to show the most charismatic of liveries on the model in Stroudley’s 'Improved Engine Green'. This model of 'as preserved' Boxhill in the National Railway Museum at York is an exclusive edition available from Locomotion Models.

This version is distinguishable from the ‘as-built’ version available from Rails of Sheffield with its narrower toolbox at the bottom of the bunker and the colouration of the Brighton allocation at the front of the running plate side. Now celebrating its 140th birthday, Boxhill was built at Brighton Works in 1880, surviving through to withdrawal in 1946 after 27 years as Brighton Works' shunter, and entering the formative National Collection. It was never rebuilt into A1X form, hence its historical significance, and has never steamed in preservation, therefore being the most original 'Terrier'. 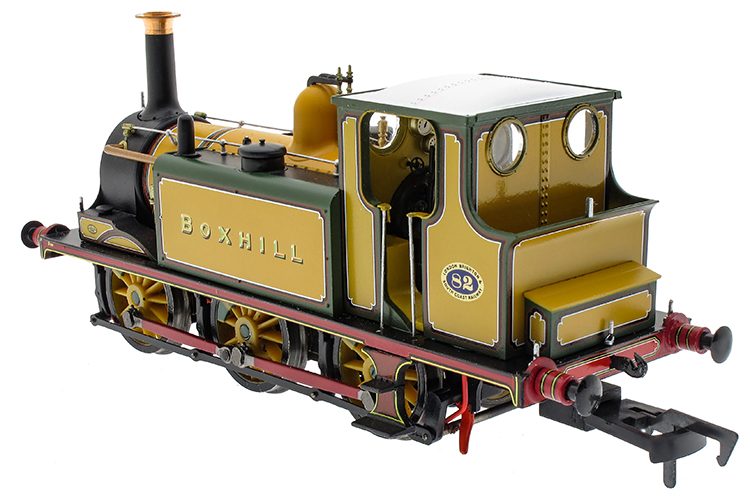 Our earlier review covered the qualities of these RTR models, and this exclusive edition is another step forward in decoration. The base ‘green’ has a pleasing depth and slightly satin finish to it, but above that, the lining and lettering is exquisite. For example, each letter of the locomotive’s name requires the application of five different colours, each with perfect registration. Under close magnification, the works plate lettering on the sandboxes is perfectly legible. This, along with the numberplate on the cabside, is printed rather than being an etched plate but it demonstrates the capabilities of fine printing beyond transfers or painted etches. The four-colour lining of the boiler bands requires perfect registration, as does the three-colour lining on the body panels. Inside the cab, the dials are legible, too. When you run the model for the first time, the cab jumps to life with the interior having a firebox LED that has random flickering, even with analogue control but this can be further tweaked via DCC settings. 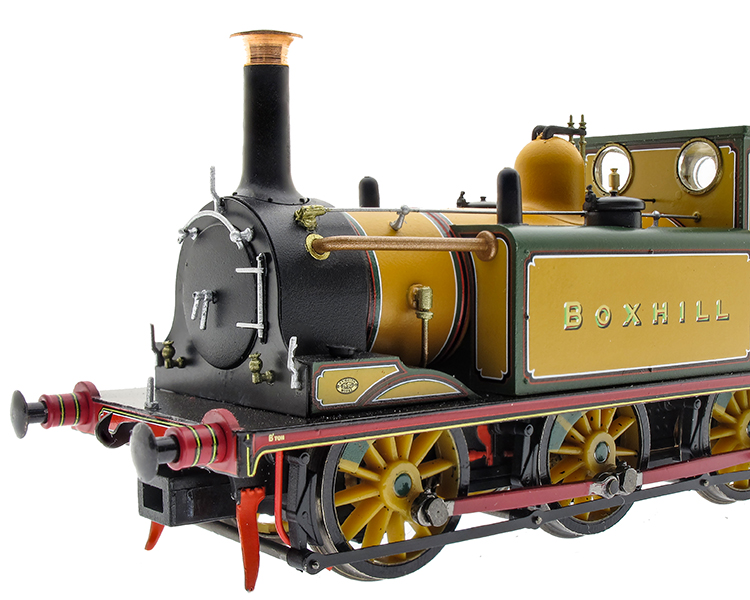 Although the model only weighs 100g, it feels balanced and I know Dapol worked to get good adhesive mass into the locomotive with a die-cast chassis and running plate – its performance on the test track wasn’t a problem with six coaches on the flat. The motor is smooth and adequately quiet with good performance over pointwork. Electrical pick-up is via copper contacts to the rear of the wheel faces, which can be accessed after removing the keeper plate. There is also a degree of vertical springing to the centre axle, which helps maintain contact over slightly raised areas of trackwork.

For the photographs, I removed the tension-lock couplings as they looked monstrous on such a diminutive and elegant model, but they are included. To remove the body, simply unscrew the NEM coupling pockets and lift it from the running plate. A thin-bladed screwdriver may be necessary just above the securing points if it doesn’t immediately separate. Inside, we get to see the compact five-pole motor, circuitry and Next18 decoder socket. I do like the Next18 standard as it doesn’t waste space and is the easiest decoder type to fit. Sound fitting is simple thanks to a speaker that has been pre-fitted inside the tank body. 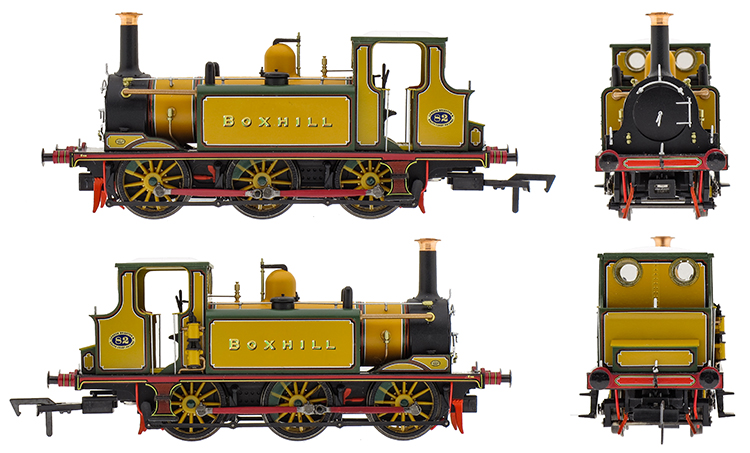 The box contains a valuable booklet of the history of the 'Terriers' and the distinctions between classes, plus by purchasing this specific model, whether to use or as a charming collectors’ piece, you're helping to fund the museum.