Hornby is well known for creating models of the latest high speed streamline trains. The latest in this range is the Hitachi Class 800 Bi-Mode Multiple Unit ‘Intercity Express Train.

This train Pack contains a five-car Class 800 finished in GWR’s Dark Green Livery as No. 800004 and named Sir Isambard Kingdom Brunel / Daniel Gooch on each driving car. Hornby is also producing a pack of two driving cars finished in Hitachi’s Red and White Test unit No. 800002, these are limited to 500 pieces. Available later in the year will be packs of two driving cars and three trailers in GWR colours.

FIRST IMPRESSIONS
Hornby has captured the streamlined look of the Class 800 well. The detail on the roof of each coach includes all the necessary air-conditioning, electrical conduits and diesel engine exhaust of the real thing. The body and underframe detail are just as impressive, even extending down to glazed internal doors. The only slight let-down is that only a plastic non-working pantograph, which on our sample refused to stay in the raised position.

Hornby has done a superb job of scaling the GWR Brunswick Green Livery, effectively capturing the white edges around the doors. The printing of smaller details is well defined, although the edges of the open nose cone should be yellow rather than black and the washer port on the nose should be silver.

It should be noted that the real 800004 has additional Network Rail and DfT branding on the driving cars and hasn’t got the First Class designations applied, although these should be white on the model instead of black.

PERFORMANCE
On uneven track one bogie of coach B derailed on curves when being propelled by the power car at the back. This was due to the clearance between the suspension damper anchor and the suspension damper on the bogie. This issue was not present when running with the power car leading or after the track was levelled out. However, this isn’t always possible, so a more permanent fix would be to put a very thin washer on the bogie mount of any affected bogies.

Once this issue was ironed out, the unit ran smoothly and quietly throughout the speed range and in both directions, and through point work and curves. The model is provided with directional head and tail lights as well as interior lighting, although the headlight above the screen should be much dimmer, smaller and a yellow shade. The interior lights are a little disappointing under DC, as they should be a brighter and white rather than yellow, but this maybe hampered by the tinted glazing.

Modellers should be aware of the additional overhang of this model compared with previous models, which may cause some clearance problems on some layouts. Therefore a cautionary run should be undertaken. 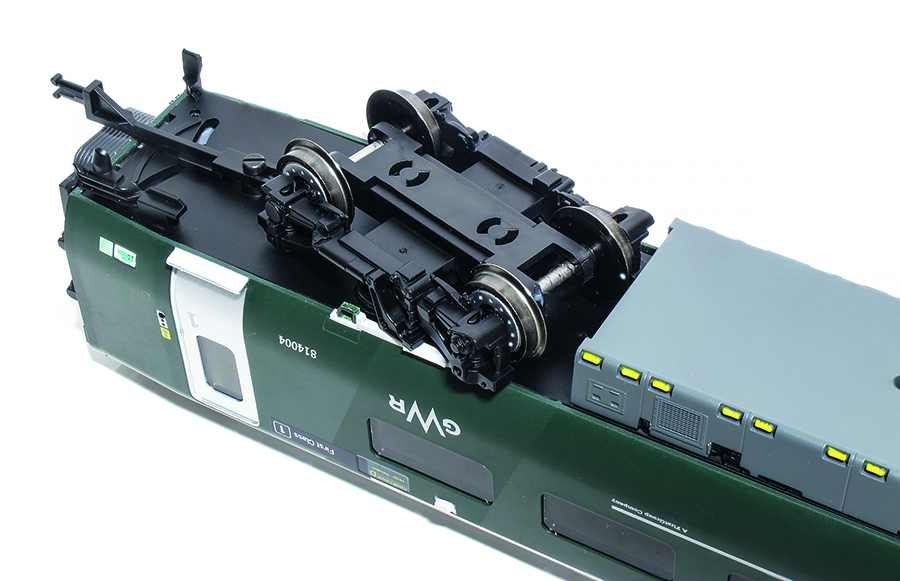 DCC PROVISION
Hornby has chosen to use vertically rigid non-conductive couplings between vehicles. Whilst this means that the unit is very easy to assemble and take apart for storage, it does mean that the model requires a pair of DCC decoders to control the head and tail lights on each driving car

A standard 8-pin DCC decoder socket is located on the underframe of each of the driving cars. Once the moulding has been unscrewed, the blanking plug can be swapped for a decoder. It is recommended that a decoder with a thin pin interface is used due to the limited space between the PCB and bottom of the underframe. At inner end of each moulding there is a cavity for either a decoder or a standard 20mm x 40mm speaker. Sadly, no provision has been made to independently control the interior lights. 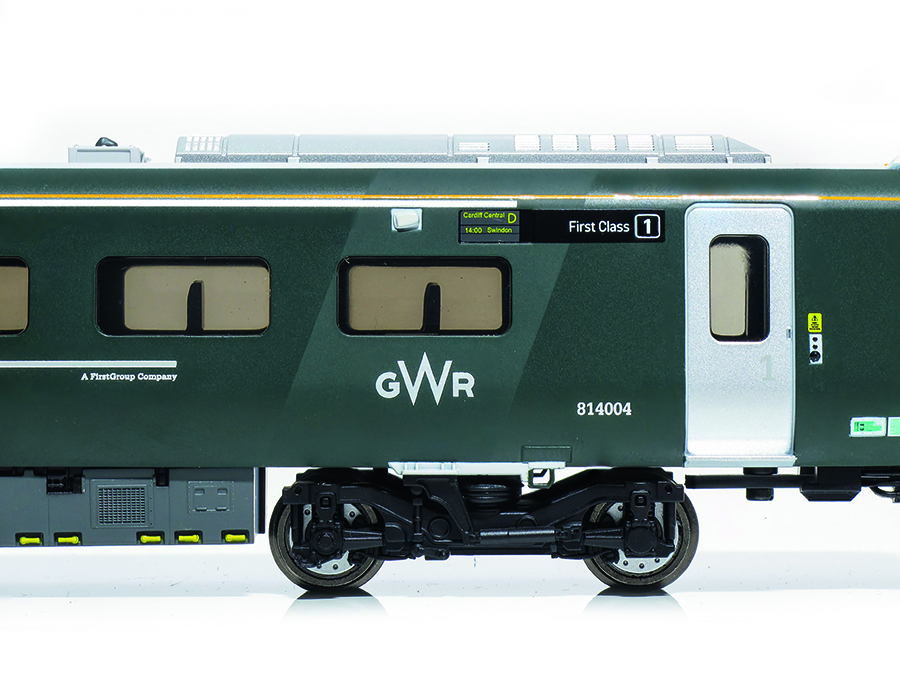 OPINION
Despite some curable performance issues and reduced DCC provision, Hornby has done a great job with the Class 800. Whilst the cost may be high to some, the finish and attention to detail makes me think it is value for money. Overall, this model is a very worthy representation of the future of high speed intercity rail travel. 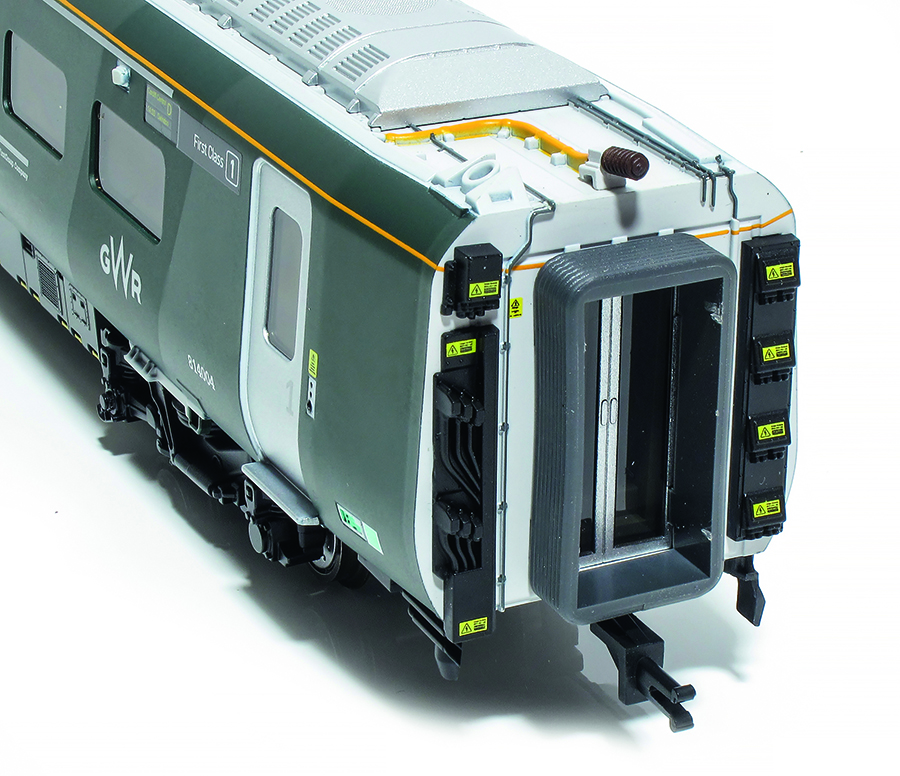