Howard Smith looks at this revolutionary new control system from the revived brand, putting it to the test.

Despite Digital Command Control (DCC) having narrowly surpassed Direct Current (DC) where number of users is concerned, many modellers refuse to adopt the technology for its perceived complexity, the investment needed or because their locomotives can’t be converted. It has created a division in the market, DC users advocating simplicity, DCC users advocating the additional features offered. There has been little effort made by manufacturers to bridge the gap, until now.

Hammant and Morgan – a name owned by Hornby and largely dormant in recent years has been revived and applied to a new wireless control system. Now with Hornby stockists as a standalone unit (R7292), or offered as part of the iTraveller 6000 (R1271) train set, its HM6000 app-based analogue control system is affordable. Its selling points are the benefits of wireless control across two independent circuits, while playing locomotive sounds through your device which serves as the controller, be it a phone or tablet. Also released is an HM6010 accessory device to control points or signals (R7293), which can be used alongside the HM6000.

When purchasing the HM6000 unit as a standalone item, or the HM6010, a mains wall transformer isn’t included. Hornby offers three from which to choose, with either a UK, EU or Australian plug, but for the UK market, it’s the 1A 15V (P9100) that’ll be of interest.

Downloading the Hammant and Morgan app from Google Play – or App Store for iPhone users – installation is simple. Configuration is a little more involved. However, after a few minutes of getting used to the software interface, and ‘pairing’ the controller with your device, the user interface is intuitive. Once setup is complete, the Bluetooth connection LED will turn blue.

I’d argue that for some aspects, particularly the trackplan feature of the app which allows you to ‘drag and drop’ track segments to recreate your layout, the benefits of a larger tablet screen come into their own. 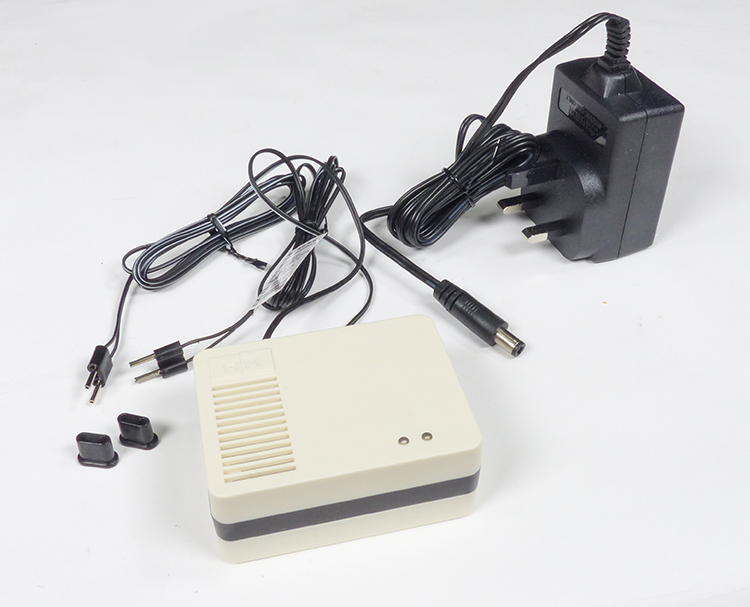 In use, only one locomotive can be controlled independently per output. That said, up to four HM6000 devices can be controlled from a single device running the app, providing control of up to eight locomotives – more than enough to keep operators overwhelmed on even the largest of layouts.

The software is very clever, giving DC users access to many previously DCC-exclusive functions for each of the two output circuits, such as customisable acceleration and deceleration inertia, setting the minimum and maximum speed, and selecting a sound profile. 18 locomotive sound profiles are pre-installed with the software.

Granted, some of the terminology used in the app such as ‘device provisioning’ or ‘meshing’ isn’t familiar to those outside the field of software programming. However, the software works and provides a perfect solution for those who want more out of DC control, without converting to DCC.