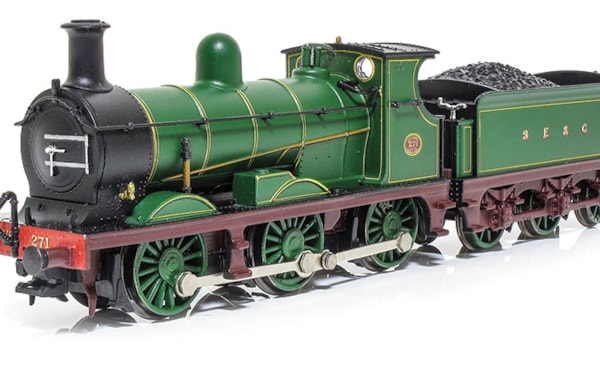 Here we take a first look at the much-anticipated South Eastern and Chatham C class 0-6-0.

In this first run Farish is offering the locos in three different liveries; 1294 in Southern black with Sunshine lettering, 31227 in BR black with early crest and, the subject of this review, SECR 271 in ‘simplified’ Wainwright lined green.

The first thing that strikes you when first unpacking the model is that Farish has captured the attractive lines of the prototype to perfection. The finish, in particular, is superb. The ‘simplified’ nature of Wainwright’s livery is a relative term and the complex lining, lettering and cabside plates are beautifully rendered – even the tiny lettering of the last-mentioned being legible under a glass.

A quick check against the published drawings shows that the model is spot on in all major dimensions and, although it is ostensibly a simple 0-6-0, sports a very high level of detail with a full complement of nicely understated rivets and lamp irons. The Chatham C being reviewed correctly has the tall chimney originally fitted to these locos while the Southern and BR locos have the shorter version progressively fitted from 1914 on. In addition, there are many separately-applied details including vacuum pipes, clack valves, injectors, steam reverser and wire handrails all round. 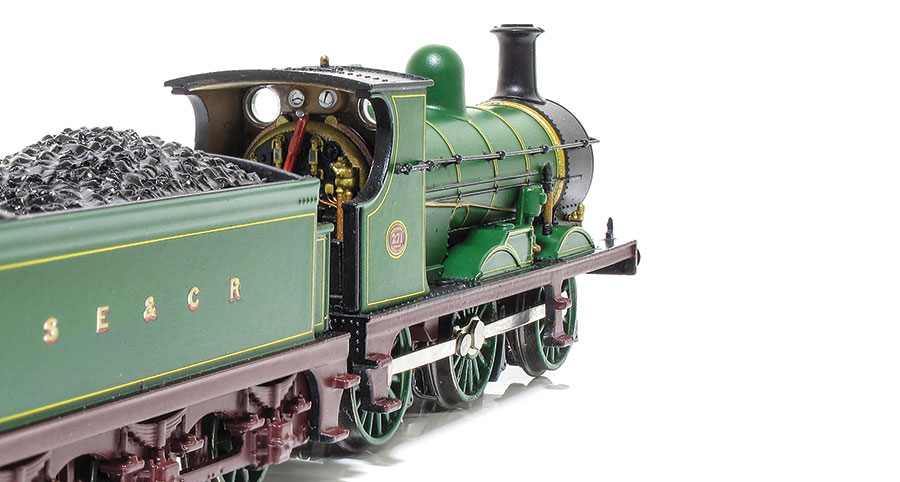 The cab area is further enhanced by a neat, hinged fall plate and a set of lined doors are provided in the accessory pack to be added by those whose curves allow. The tender is an equally nice model, the only real improvement required being the addition of some real coal over the unconvincing moulded pile. Farish’s attention to detail is highlighted by the fact that the tender on the BR version is a different moulding with raves as fitted to some locos to increase coal capacity.

Moving on to the chassis, there is a coreless motor in the boiler with split axle pick-up on the tender, although the loco has reverted to a solid chassis with wiper pick-ups. The loco/tender coupling is a much-improved design with hard-wired electrical connections replacing the previous wiper fingers and a 'dog bone' type draw bar making further reduction of the loco tender gap much easier for those that wish to do so. The wheels themselves are very fine with see-through spokes.

The loco is not just DCC-ready but sound-ready with a Next 18 socket and speaker in the tender. Access is gained by lifting the very discreet moulded coal load, so chipping the model would be a matter of minutes. Standard Rapido couplings in NEM pockets are provided front and rear.