Dapol’s 57XX/8750 is from all-new tooling, the 64XX/74XX, a re-run of Lionheart’s model. Releasing two GWR 57XX ‘Panniers’ from different manufacturers at the same time is rare in this scale, but because Minerva was first to the post, it offers the chance to compare their efforts side-by-side.

A total of 823 57XX/8750 locomotives were built by the GWR and British Railways (many by contractors) between 1929 and 1950, but in true GWR style, the design evolved and was subject to changes and upgrades during their lives. As the backbone of many secondary routes across the GWR and British Railways Western Region networks, they operated passenger, suburban and freight traffic equally well, with push-pull fitted examples making the ideal compact train consist. 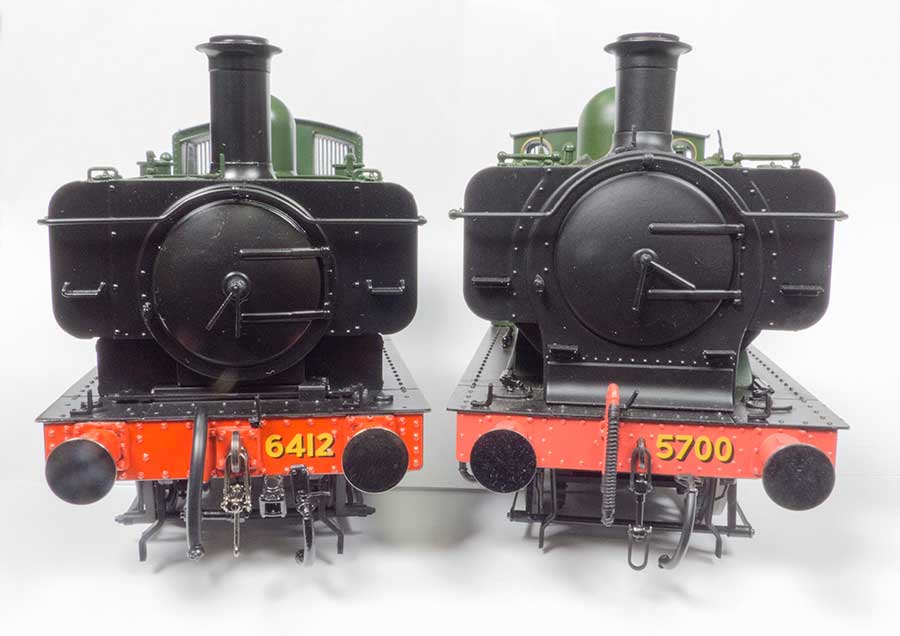 Similarities between Minerva’s and Dapol’s 57XXs can be seen with their diecast chassis and footplates, plus detailed cab interiors with visible dials with individually-painted pipes, regulators and reversers. Atop the tanks, both have lifting eyes and an accurate representation of rivets, whilst whistles are well presented. Dapol’s model takes the edge slightly with more depth to the safety valve cover, and a visible and wider-bore ‘descent’ when looking down the chimney. Its removable cab roof, held in place with two magnets makes the fitting of figures much easier too.

The ‘party-piece’ of the Dapol model is the working inside motion, moulded in vibrant red unpainted plastic. It is visible from the outside and surprisingly doesn’t look unpainted when viewed from this angle. Connected by the centre driver, it’s not a deal-breaker between the two models, more a ‘nicety’, but full marks to Dapol for including it. Equally as good is the level of chassis detail on the two models around the drivers and at running plate level. Dapol’s model has the ‘edge’ with the sanding gear rod running the full width of the model, but this aside, it’s a very close call. So too is the brake linkage, again, Dapol’s model taking a marginal lead with better depth of detail to the brake shoes, hangers and physical holes in the rear of the adjustable linkage. No separate detail is supplied with Dapol’s model, instead everything is added. 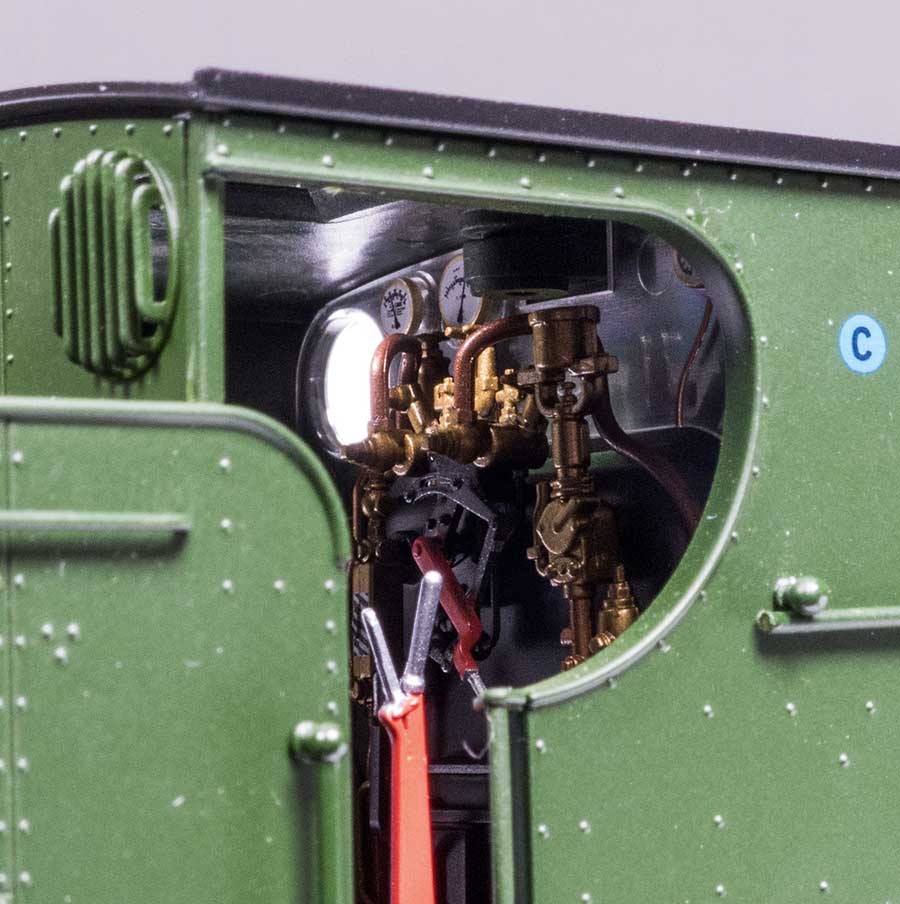 Introduced in 1932, all 40 members of the GWR 64XX class were ‘push-pull’ fitted. The springing of the buffers and draw hooks I feel is spot on and there’s little to criticise either of the model’s buffer beams detail-wise. Vacuum and steam heat pipes are present (as with its 57XX) and autogear equipment is represented in metal.

At almost 1kg, Dapol’s 64XX is a heavyweight model with useful tractive effort. Whilst these locomotives typically wouldn’t be seen hauling more than three suburban or push-pull coaches at a time, the heaviest of kit-built vehicles shouldn’t pose a problem.

Painted in a low-sheen gloss, I prefer its appearance to the satin finish seen on many models today, especially on a model in this scale. The glossier finish also appears to highlight raised detail at certain angles from further away. Its moulded representation of coal is good too and is perfected only by the glossier appearance of that on its 57XX. Detail-wise, all areas are equally outstanding, though no inside working on this model. I still like it for its ‘heft’. Even though the roof isn’t removable and the doors of this less-exposed cab are modelled in their shut positions, there’s still plenty of room inside to position crew.

Running is smooth from both 57XX and 64XX, though a 90-minute running-in session is advised in either direction. Interestingly, compensation methods differ – the new 57XX receiving a centrally sprung axle, the 64XX a legacy balance beam between the front and centre drivers. Both are made possible because of the coupling rod pivot point as per prototypical practice. I’d choose to paint the 64XX’s beam and bright zinc-plated retaining nut black to help disguise its view underneath the boiler, but that aside, nothing else should be required on this otherwise outstanding model, bar adding a crew and if you desired, a little weathering.

Overall, both models present very well and retailers are already selling out of popular liveries, proof that the GWR market in O gauge is strong. Liveries are very well applied, but I feel the shade of green on Dapol’s models is a closer match to that of the GWR than Minerva’s slightly darker shade. Cast cabside plates (on numbered versions) really enhance the look and are another thing that buyers needn’t worry about fitting. Given that anything from an MPD to a small branch line terminus layout on the Western Region can justify at least one of these ‘icons’ synonymous with the GWR, what’s holding you back? Highly recommended.

Want to see even more about these locomotives? Watch our Unboxing video. Click here.