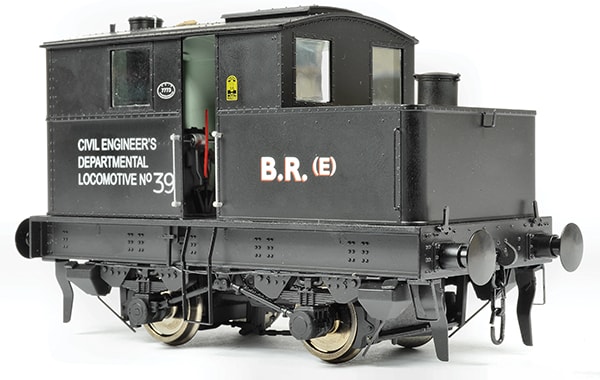 One of the smallest RTR locomotives we’ve seen in the scale for a while, Dapol's model redefines the entry point for O gauge.

Kindly received for review by Dapol is a model of one of Sentinel’s vertical-boilered Y1 Class 0-4-0T steam locomotives. The Y1 class was introduced from 1925 for the LNER and underwent design changes, with Y1/1, Y1/2, Y1/3 and Y1/4 sub-classes of differing weights and boiler types. 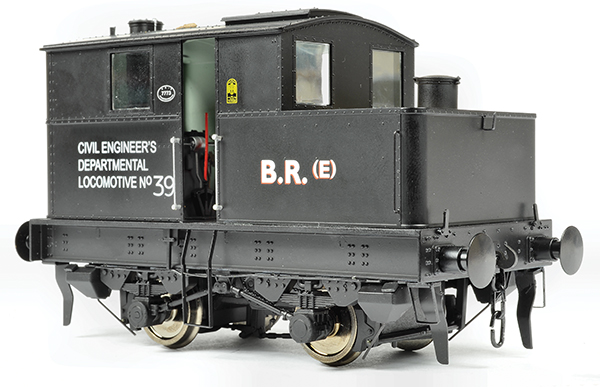 No excuses for lacking space to model O gauge - the ideal locomotive for a beginner.

One of the smallest RTR locomotives we’ve seen in the scale for a while, the 7ft wheelbase of the prototype scales out exactly on this model at 49mm. There’s much to admire on Dapol’s iteration, above as with below the underframe. Ingeniously, the coal load in the bunker can be lifted using the water filler as a handle to reveal a 21-pin DCC decoder socket. The solution is neat, efficient and logical – perhaps other manufacturers should take note? Wielding a screwdriver to disassemble your new RTR model seems so counter-intuitive. 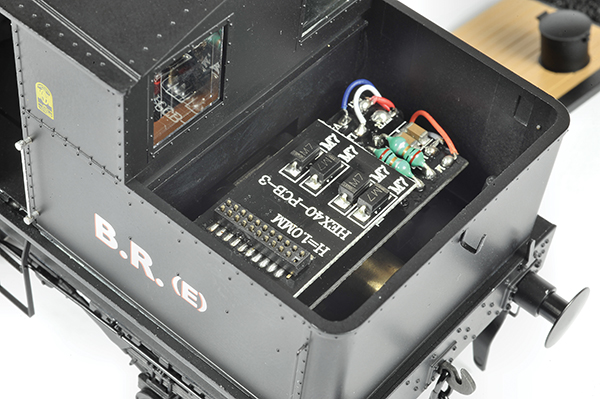 Dapol is producing its six versions of the model with DCC-fitted and DCC sound-fitted options. Simply add a ‘D’ or ‘S’ suffix, respectively, after the catalogue reference numbers for these.

Despite its size – just 136mm between buffers – the cab is very large, extending almost three-quarters along the underframe. Glazed on this model without appearing prismatic adjacent to the large vertical boiler, it must have provided its crew with winter warmth when the cab doors were shut. On the model, the cab’s doors can be positioned to suit. These are hinged on a piece of wire and operate prototypically. In the heat of summer, perhaps the crew would benefit from better air circulation? Not a problem on the model, simply slide the cab roof air vent to its open position. Though a little stiff on the model, it only requires a finger nail and was soon slid. 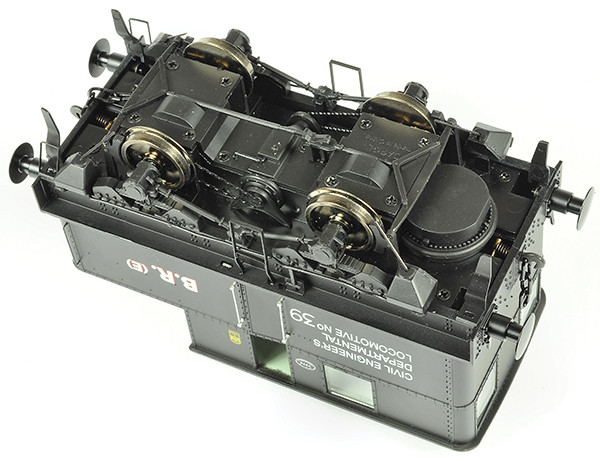 Designed for shunting, these locomotives weren’t renown for a high top-speed. The Y1s only had one speed unit (later designs, such as the Y3s had low and high gears). From the centrally-located drive gear, a chain drive to each axle provided power to the 2ft 6in wheels. Top speed would have been around 20mph, though for most of their time, the locomotives would have run at 10mph.
Dapol’s locomotive is fitted with a five-pole motor. Armed with a brass flywheel and coupled to its small diameter wheels via a neat drive-train, performance is exceptionally smooth – ideal for shunting manoeuvres. From their early use with the LNER in 1925, to BR and later departmental use (seven seeing service into the 1960s), these are exceptional locomotives for industrial layouts. Highly recommended.