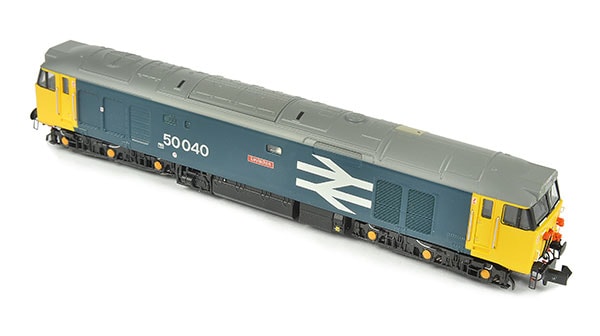 Having recently celebrated their fiftieth anniversary, the Class 50s were the last significant order of diesel-electric locomotive to emerge from the doors of English Electric’s (EE) Vulcan Works between 1967 and 1968.

Based around a heavily-modified design of DP2, extra gadgetry was installed to satisfy a BR specification brief for its new Type 4 locomotives. There were 50 locomotives constructed at Newton-le-Willows at a pace of five units a month, though owing to the financial situation at Vulcan, production slowed at the end, and it took two months for the last five to be delivered, EE paying £213,142 in damages – the cost of two locomotives!

EE offered a lease of the locomotives to BR so it could benefit from tax relief on the capital expenditure that it would not otherwise receive as a nationalised industry. English Electric Leasing Ltd was created as a subsidiary from the parent company as a response to The Treasury, which wasn’t satisfied with the arrangement. 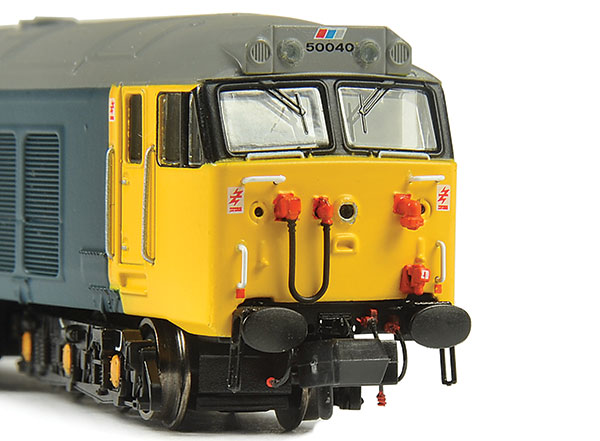 This is the second model from Dapol to feature its ‘Next Generation’ chassis and electronics, after the release of its Class 68. A new five-pole motor with twin flywheels offer greater control at slow speeds, while all-wheel pickup and all-wheel drive ensures that power from the 105g locomotive is evenly and efficiently distributed to the rails.

The locomotive has been released in four liveries, produced in DC, DCC-fitted and DCC sound-fitted guises, all available to purchase from Dapol stockists – D406 in BR blue, 50043 in BR blue, 50040 Leviathan in BR large logo blue, 50037 Illustrious in original Network SouthEast livery. Members of the Dapol Collectors Club have the option to purchase the model as 50007 Sir Edward Elgar in BR lined green either in its DC, DCC-fitted or DCC sound-fitted guises, all at a reduced price. Membership costs £25 per year and details on how to join can be found on its website or on its stand at shows.

The instruction booklet provided with the model is comprehensive, detailing the procedure for body removal and in which position the light switches should be set for the desired effect. Options for the latter are leading ‘on’, trailing ‘on’, both ‘on’ or both ‘off’. Control of the lamps for push/pull and light locomotive operation also feature. Access to switches one and two for control of the lighting can be gained via the engine roof panel, which prevents the need to remove the screws and unclip the bodyshell each time for a minor adjustment. The design feature is clever and something I feel is worth continuing with on future models, where panel lines are appropriate. 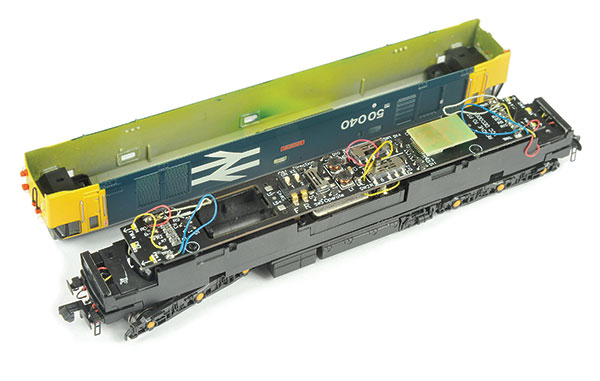 The model feels sturdy in the hand. Air pipes were fitted on our sample and have a degree of flex, ensuring they remain in-situ. The buffer steps fitted are strong yet fine and these, combined with the thin wire handrails, each individually-applied, really help elevate front-end detail. The connectors for multiple-unit operation are well-observed, though the one to the right isn’t of the correct appearance. It’s a quick modification for budding modellers and won’t require much skill to alter to the boxier type.

Bogies are very well-executed and despite being a one-piece moulding, the brake cylinders, balance beam, primary and secondary spring detail is all clearly visible. Weathering it to depict the heavy amount of brake dust, which accumulated to the nose ends, with engine oil to the centre is a must and would help highlight the relief of this part. The manufacturer has picked out brake pipes in white and axle box covers in yellow, the latter correctly featuring four of the smallest – yet visible – bolt heads I’ve seen!

Decoration is to a consistently-high standard, the punch of the yellow cabs against the dark blue being sharp and, more importantly, no signs of overspray. If I were to enhance the model further, I’d add lifting eyes to the bodyside, a handbrake chain to the bogies and add grime to the cab steps.