Keen to investigate the intricacies of these bogie steel-carrying wagons from the manufacturer, Andy York takes a closer look.

Cavalex may still be a relatively unknown brand to some, despite the pedigree of its PGA aggregate hopper, but its second project to market, the BBA 75T steel carrier and its BLA derivative is a fantastic addition to the range.

The model certainly captures the look of the real wagons, with a quality feel to its robust construction and finish. Rather than a solid deck, there is an etched plate over the chassis frames with transverse girder sections for load-bearing. The finesse of the etched plate is remarkable; a standout feature of this product. The die-cast chassis frame extends through to the vertical ends of the wagon, reinforcing the quality feel. The stanchions – though not perfectly aligned, as with the prototypes – are sufficiently robust to withstand handling, without appearing to be out of scale.

Turning the model over, there are fine renditions of the brake system piping and cylinder. The FBT6 bogie modelled is a work of art in its own right, including ride height pipe-work for the load sensor, Self Adjusting Braking system (SAB), brake calipers and brake boards. The wheelsets have brake discs as per the prototype on both the outer and inner faces of the wheels and the brake handwheel is particularly fine. The models are also readily convertible to EM or P4 gauge with replacement wheelsets.

Observing photographs of the real wagons, there are different bogie and buffer types used over the years. Our review model has Oleo round head buffers with a visible moulding mark. This can be pared back with a craft knife.
There is a useful accessory pack included with additional stanchions for load separation, alternative brake calipers for EM/P4 conversions, steps, cosmetic screw-link couplings and air-brake pipes. An NEM blanking plate is included to improve the cosmetic look of the bogie for a more prototypical appearance at the end of a train. 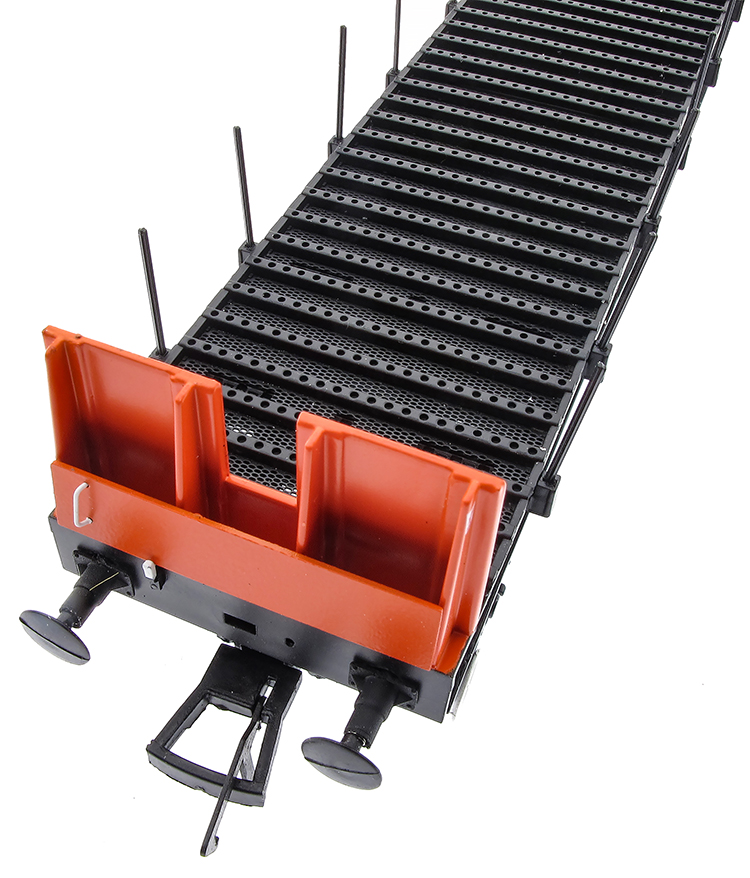 The life of the wagons brought changes with the removal of the ends, some conversions to hooded wagons and also the BLA variant, which Cavalex has also produced. This has the treadplate and transverse beam removed and replaced with cradles for easier loading and unloading of coiled strip – a common load for these wagons in all their forms.
Our review sample was a smooth runner. Some users reported a little stiffness in the wheelset rotation, but this can be resolved by pressing inwards lightly on the axleboxes while manually rotating the wheelsets to ensure they have a clean area for the pinpoints to work within. 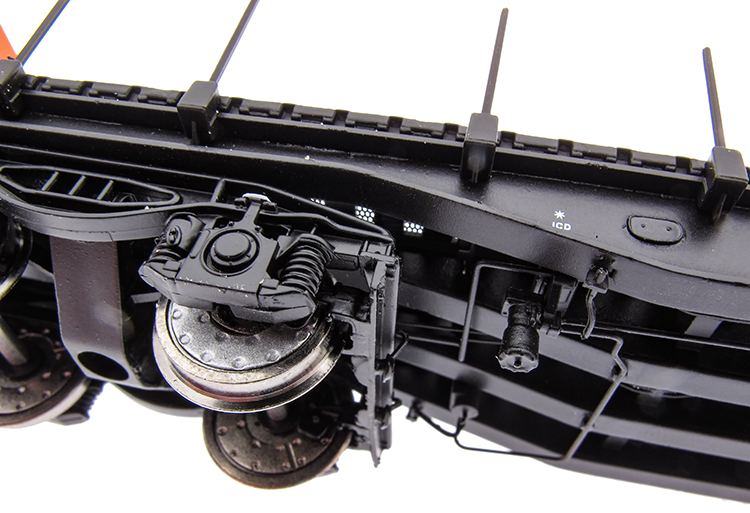 Cavalex has produced a remarkably good product and from the quality feel of this, I’m going to stick my neck out a little and say that I feel that this is one of the best 4mm:1ft scale wagons we have seen produced to date. Sales have been very brisk and it’s virtually sold out, however, Cavalex has confirmed it will be producing a second run in due course.