As Hornby revives its Bassett-Lowke name for a new range of sci-fi creations, Phil Parker takes a closer look at the new range.

"This is the new world; a world of mad science, Eco warriors beneath the waves and empiric wars. The three mast clippers are now too slow to get their precious cargo past the devastating submersibles of those that despise empires, whilst the horse and cart falls constant prey to the hungry lizards that slip through the streams. The tea must get through, though, the world demands it." So begins the back-story for the most controversial addition to the Hornby range last year.

Re-awakening the Bassett-Lowke brand, Hornby has dived into the world of Steampunk, defined by the Oxford English Dictionary as “A retro-futuristic subgenre of science fiction that incorporates technology and aesthetic designs inspired by 19th-century industrial steam-powered machinery.” 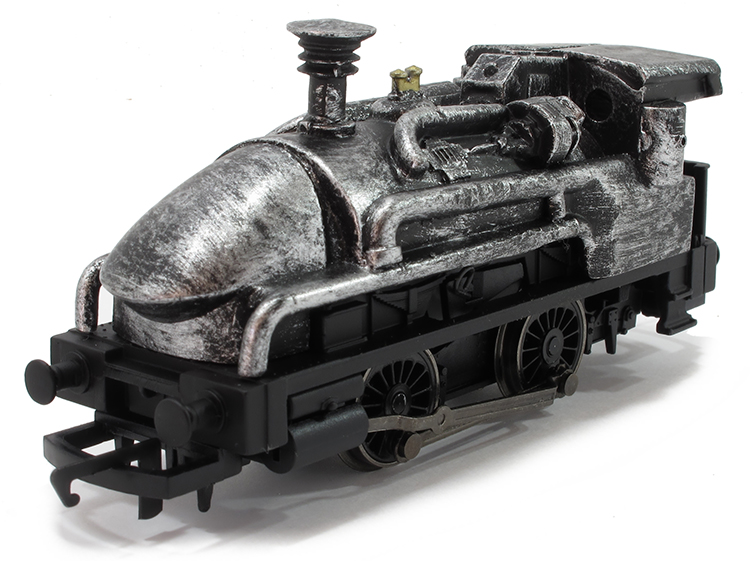 If you have seen Laurie Calvert's popular layout 'Kato Pass', or enjoyed the first series of Channel 5's Great Model Railway Challenge, you might have an idea what sort of models are in the range. We can't review these items in the traditional model railway style. I can't say that the buffers on Fearless are the wrong shape, because they only exist in the mind of the designer. Railway enthusiasts aren't the main market for these products, rather the large Steampunk and tabletop gaming communities. Don't underestimate the size of these groups. A weekend Steampunk event can see 45,000 visitors, which heritage railways are realising.

The Bassett-Lowke range consists of three locomotives – Fearless, Leander and Rogue, plus a selection of four-wheel coaches, vans and open wagons. All have the look of standard Hornby items with extra embellishments, or 'greeble' in sci-fi modelling terms. Each is based on Laurie Calvert's original models, with developments to ease manufacture by Hornby. Every model sits on a standard Hornby chassis. Locomotives are powered by the 0-4-0 chassis found under 'Smokey Joe' or its  06 diesel shunter.

The most interesting area is the bodies. In what is a first for the firm, these are single-piece resin castings to reduce development costs on short runs. Could this technology be rolled out in the future for more conventional subjects? The wagon sides are 2mm thick and the coach looks chunky compared to its plastic equivalent. The bodies are heavy, too – Fearless is a hefty 144g.

To support the range, there are buildings including a Dinosaur Stud Farm and Tea Factory – these are based on the Skaledale range, with added 'greeble' decoration. To help the modeller, two packs of decorative cogs and gears, as well as a range of acrylic paint sets are available. 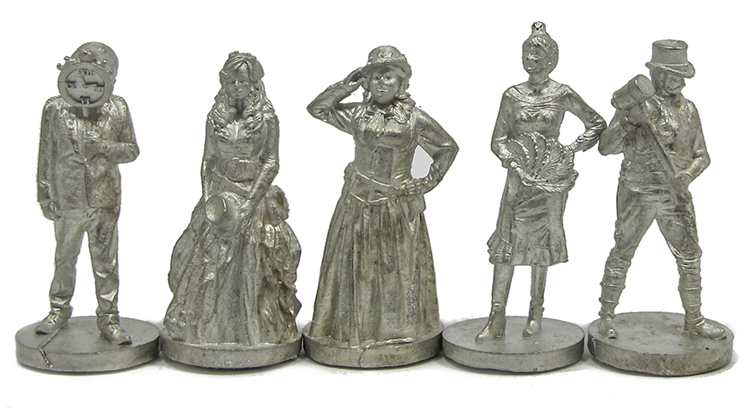 Two sets of unpainted white metal people are available in the Bassett-Lowke range.

Finally, because traditional model railway figures won't cut it in the Steampunk world, two sets of unpainted white metal people are available. 3D scanned from costumed volunteers from the Great Kentspectations group from The Great Model Railway Challenge, these stand around 24mm high. Nicely cast, some would make useful accompaniments to Hornby's Rocket because Victorian people are in short supply. Perhaps not the wizard or man with a clock for a head, however. 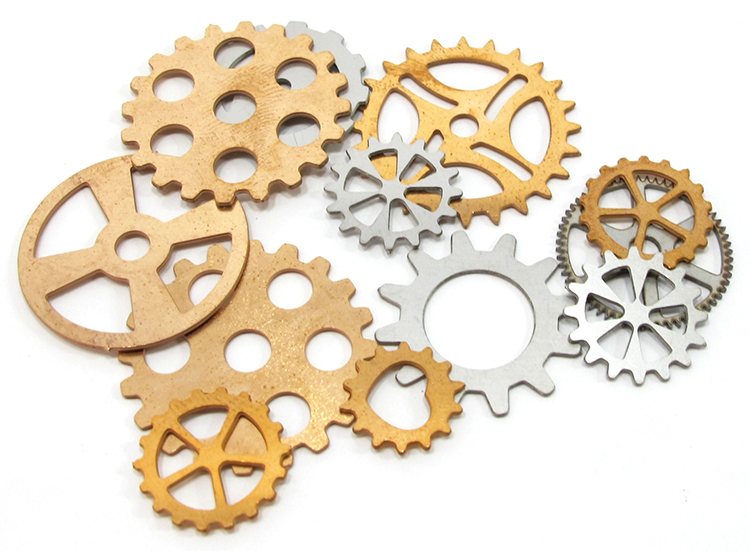 Model gears are available in accessory packs in the Bassett-Lowke range, too.

It's a brave move by Hornby, but the potential market is huge. Manufacturing methods suggest that costs have been kept low to reduce risk in this new market. Not all model railway enthusiasts have understood the arrival of these products. Some have been horrified at the use of the Bassett-Lowke brand for models that aren't 'proper' railway items. However, Hornby has a tradition of surprising us with 'unusual' ideas, with mixed results. Only time will tell if Steampunk was a good move, but even at more than 100 years old, the Hornby brand, pushed by the team in Margate, is thinking outside the box.