Andy York delves into these new wagons from the manufacturer’s rapidly-growing OO gauge stable of products.

Introduced in 1950, almost 14,000 of these mineral wagons were built for BR. Two basic designs were used, both having twin side doors and one end door in their 21ft 6in long bodies, mounted on 12ft wheelbase under-frames. The 21T wagons (MDO and MDV) were closer to their 16T predecessors in height and lasted longest both in production and in service. 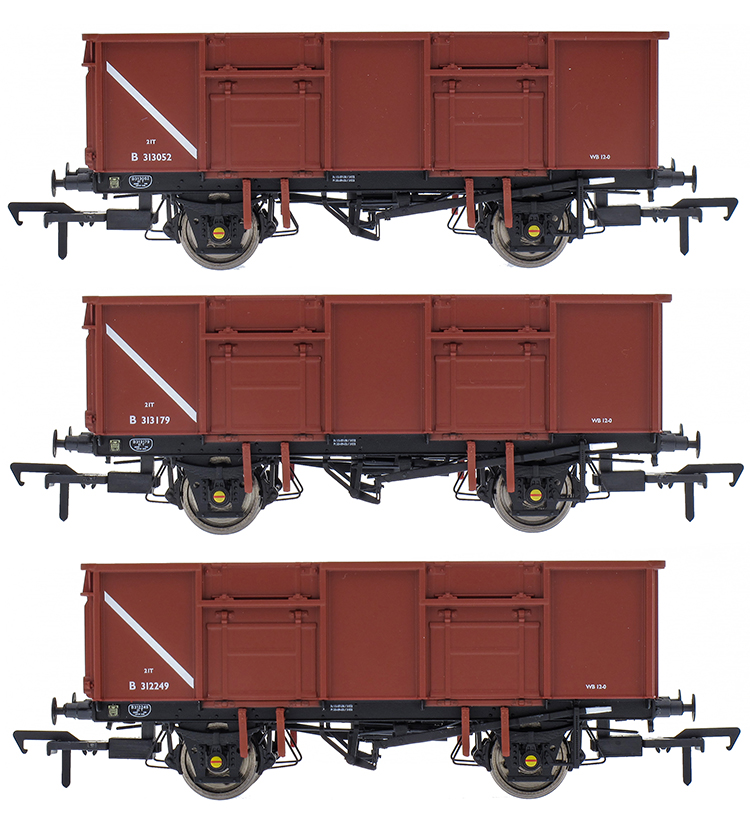 As is the Accurascale way, there’s choice for the customer giving the potential to make up varied trains. At launch, there are five packs of three wagons in unfitted grey livery, five packs in fitted bauxite livery plus special-edition packs for Rails of Sheffield and Planet Industrials. In both the grey and bauxite liveries, there are three packs with pre-TOPS numbering and two packs with TOPS markings. Not just limiting the differences to the numbers, there are slightly different styles to the lettering and markings from wagon to wagon, so there is a typical variety to a rake of wagons, as there was in the real world.

The Planet Industrials' pack of wagons is a representative rather than accurate industrial livery, while the Rails of Sheffield pack sports a livery during MC Metals' ownership, where the PMV wagons were used to transport scrap metal to Ravenscraig steelworks. 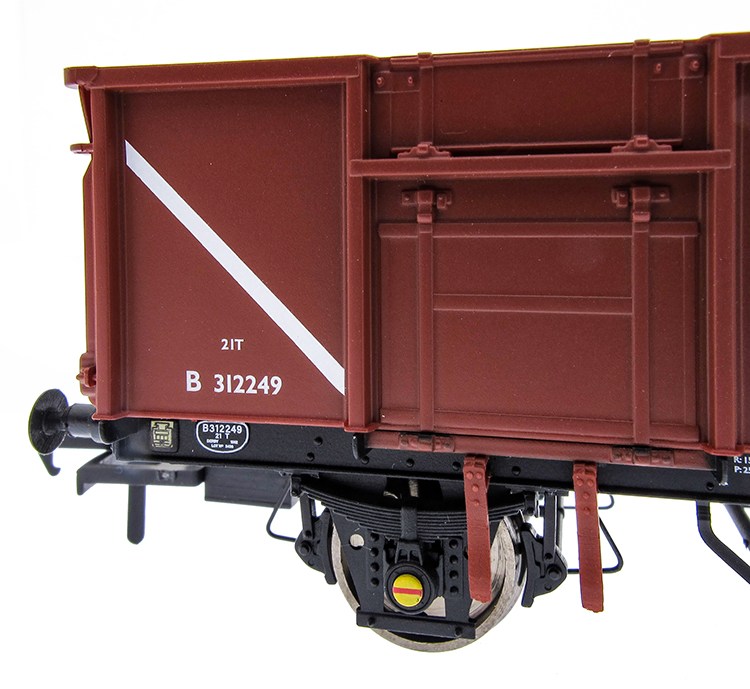 There are principal variations between the wagons, with spindle buffers and oil axleboxes for the unfitted 1/107 wagons and Oleo buffers, roller bearing axleboxes and door hangers for the fitted 1/120 wagons – all correctly captured on the model. The wagon body is an accurate rendition of twin-door version of the MDO/MDV with the level of detail we’ve come to expect. The grey of the unfitted MDO version is of the lighter style – there was a variety of shades of grey out there – but I’m sure that will be largely academic once the models are suitably weathered. 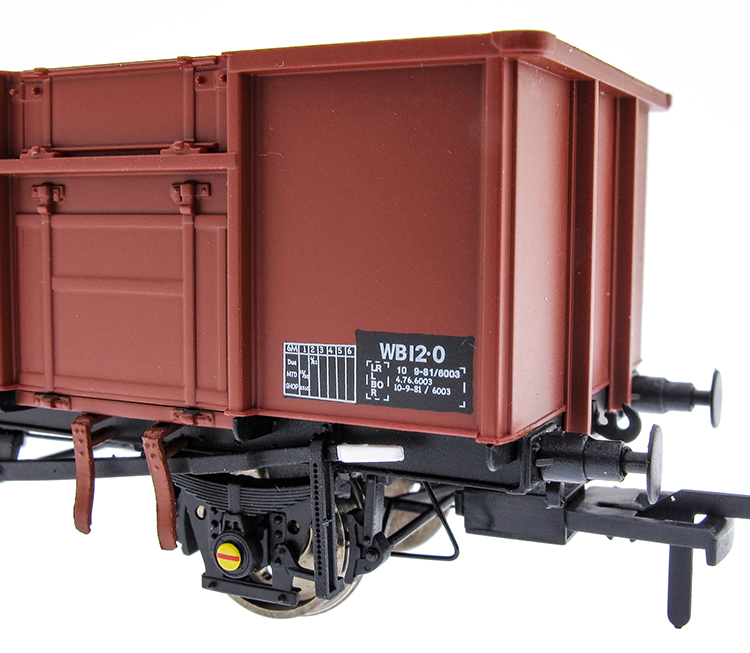 Beneath the body, the chassis detail is very fine with factory-fitted detail parts, particularly on the vacuum-braked MDV, and the model sports sprung buffers.

In Rails Exclusive packaging, Accurascale has made retailer-exclusive models, too.

Accurascale makes it easy for the finescale modeller as ever, with the capability to fit EM or P4 wheelsets with ease to replace the 12.6mm three-hole RP25.88 darkened profile sets with 14.85mm back-to-backs and 26mm over the wheelset pinpoints. Each of the wagons comes with a detailing pack of cosmetic instanter couplings and spare brake rigging assemblies with the MDV versions. Some of the packs are sold out before arrival of the wagons, but several packs are still available from Accurascale and its stockists. I’m certain they’ll sell quickly given the quality of the product and the usefulness of the prototype.

Read more – see the history of these wagon prototypes here.