The manufacturer's 42ft wagon chassis re-emerges, this time as a platform for the transport of beer. Andy York examines.

While the conveyance of Guinness and other beers dates back to the days of steam, it was the emergence of ISO intermodal standards in the early 1970s that allowed breweries to maximise the potential of rail transport. Córas Iompair Éireann’s new fleet of 42ft bogie flat wagons were particularly suitable, as their capacity enabled large quantities of kegged beer to be transported efficiently.

Although brands such as Harp and Heineken were also transported at various times, it is Guinness that became synonymous with this traffic, with CIÉ constructing an additional batch of bogie wagons in 1978 specifically to meet the demands of transportation. The goods yard at Dublin’s Heuston Station became the focal point for this operation, with kegs being brought the short distance from the St. James’s Gate brewery by road and transferred to 42ft wagons for distribution to depots located across the CIÉ/Irish Rail and Northern Ireland Railways networks. 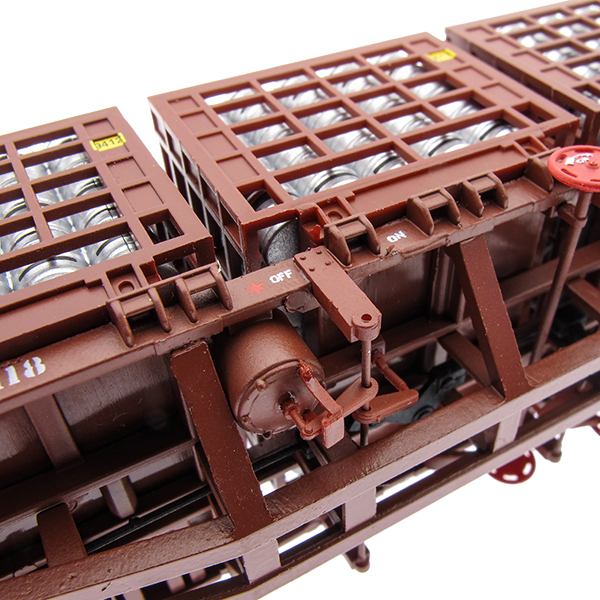 These wagons were often mixed with other traffic, such as containers, bulk and bagged cement, and oil, but demand frequently called for dedicated trainloads, too. Initially carried in transport cages with kegs stacked three-high, trains that stopped at signals in certain areas became a target for thieves, who could sneak aboard and remove kegs with relative ease. The solution, introduced in the mid-1990s, was to utilise taller cages more difficult to access. Keg trains were a common sight on the network for almost four decades. However, changes to the Irish railway environment in the mid-2000s resulted in the loss of several freight flows, with keg traffic being one of the high-profile casualties, finally coming to an end in 2006. 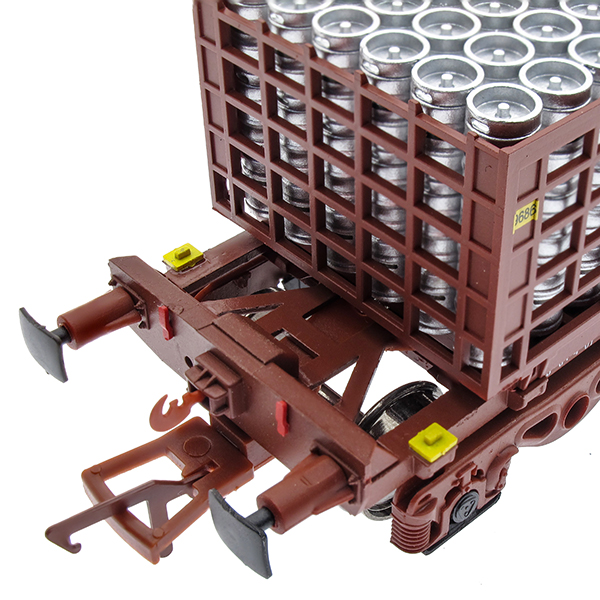 The IRM model of these distinctive wagons utilises the CIE 42ft flat wagon and follows on from the hugely successful container liners and fertiliser wagons, which sold out shortly after release. To supplement this demand, IRM has increased the production run of the beer keg wagons. The detailed wagons are being produced in twin-packs, with four different packs available. Packs feature different running numbers and a bundle deal for all eight wagons is available. The Córas Iompair Éireann or Iarnród Éireann (Irish Rail) networks made extensive use of a standard 42ft underframe, with bogies for a variety of wagons and IRM will be extending the use of the 42ft platform further with spoil and weedkilling train wagons.

Turn the model over and it's evident there is plenty of space to regauge for those with scale 5ft 3in track. The fine structure of the multi-purpose wagon chassis is evident.

As ever, all of the detail is accurate and well-executed with features beneath the underframe, the pipe runs and gear linkages are particularly pleasing, even if they will be rarely seen. The axle ends feature rotating axle boxes as with the flat wagons. As the width of the bogies are dimensionally accurate, there is capacity to fit scale-width axles and wheelsets for those modelling the network in accurate 5ft 3in gauge. Further detailing is provided in the pack with a choice of tension-lock or rigid bar couplings to mount into the NEM pockets, vacuum brake pipes for the bufferbeam, and the locking bar mechanism for each end of the sides if there is sufficient bogie clearance on layout curves. 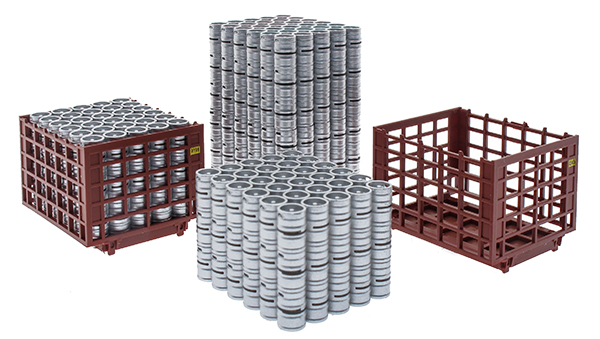 As with the pallet loads of fertilizer bags in the review of the fertilizer wagons in June BRM, the stacks of kegs would make a useful accessory to its range, with the potential to be marketed to the UK modeller under its Accurascale brand.

The models are available directly from the manufacturer, the price reflecting the lower quantity production runs that are appropriate to the smaller marketplace. The UK market has had collectors of different types of stock over the years, often of well-defined niches. As the products and market have become more wide-ranging, that seems less prevalent these days, but I can certainly see an excuse for collecting these interesting and appealing Irish models as they are released in limited quantities; even if they never get to run on a layout. Very useful.