Andy York examines this model for its capabilities and a sign of British-outline models to come from the manufacturer's sister company, Accurascale.

These Co-Co locomotives were ordered by CIE from Metropolitan-Vickers and 60 were built at Dukinfield Works, Manchester between 1955 and 1956 as part of a plan to implement mass dieselisation of the Irish railway network. Initially the locomotives were fitted with an eight-cylinder, two stroke Crossley unit developing 1,200 horsepower and deployed across the country, working express passenger and freight services including cross-border trains.

However, significant reliability problems soon emerged, including cylinder defects, unbalanced engines and flashovers as well as excessive water temperature causing shut downs. The subsequent reliability issues lead to CIE placing all future locomotive orders with General Motors, and in the late 1960s CIE managed to persuade GM to sell them replacement power units to re-engineer the troublesome A Class. 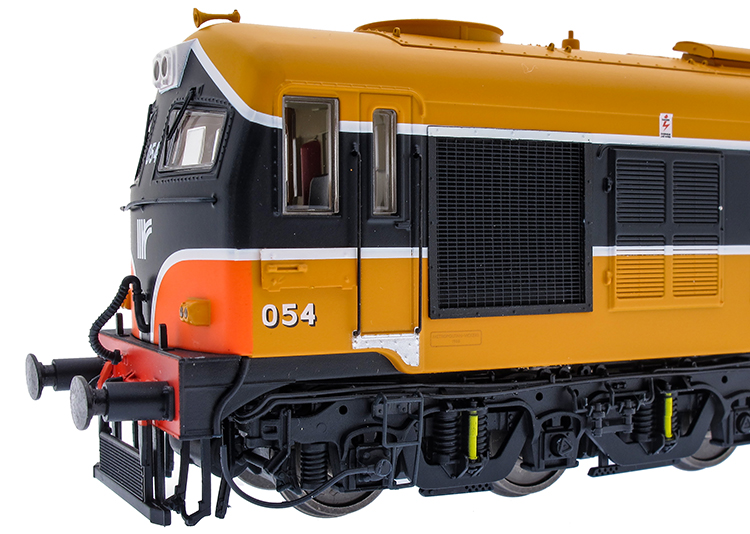 The rebuilds took place between 1968 and 1971. They were rebuilt with a 12-cylinder EMD 645E engine seeing a slight increase in power over the original Crossley units. With their new engines, the 'A's settled down and provided over two decades of further service into the 1990s, with the last members of the class being withdrawn in 1995 after the introduction of the new 201 class. Taking the model from the box, the immediate impression is of solidity and quality. Although a Co-Co wheel arrangement, it’s slightly shorter than a Class 25 to give a little context.

Livery application and lettering is faultless and there’s a wealth of detail to admire, especially on the bogie sideframes, and finesse through etched side grilles and roof fan grille. Included in the box is an enjoyable A5 booklet telling the story of the A Class, a personal perspective from a railwayman and how to get the most from the features and functions; it’s nicely topped and tailed with period advertisements for the locomotive and its contributing entities. 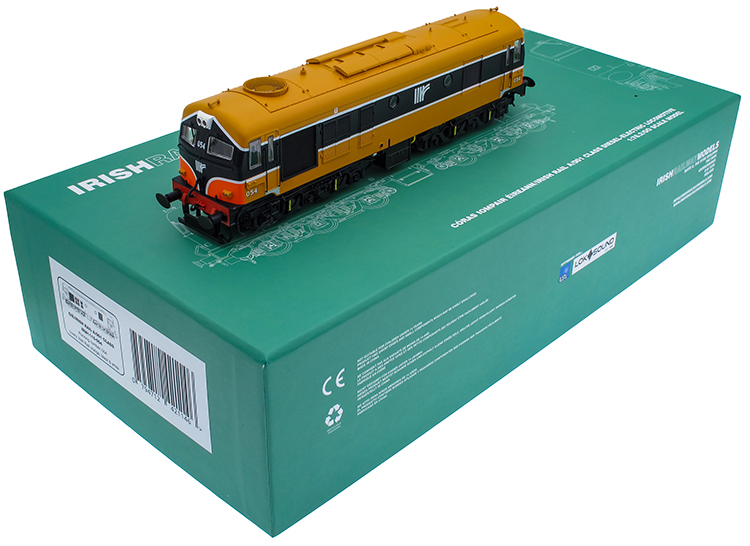 At launch there are 17 models covering the liveries seen through the life of the locomotives, from silver as delivered through green, black, black and tan and Irish rail orange liveries in various numbers. The differences arising from the re-engine and re-build are catered for, too. The early locomotives have no headlights above the cab windows, a single exhaust port and shorter silencers on the roof. The roof modifications after rebuilding are catered for within the roof panel which is very easily removed, attached by four neodymium magnets – once you’ve had the satisfaction of that you’ll wonder why more models can’t be configured this way for accessibility. 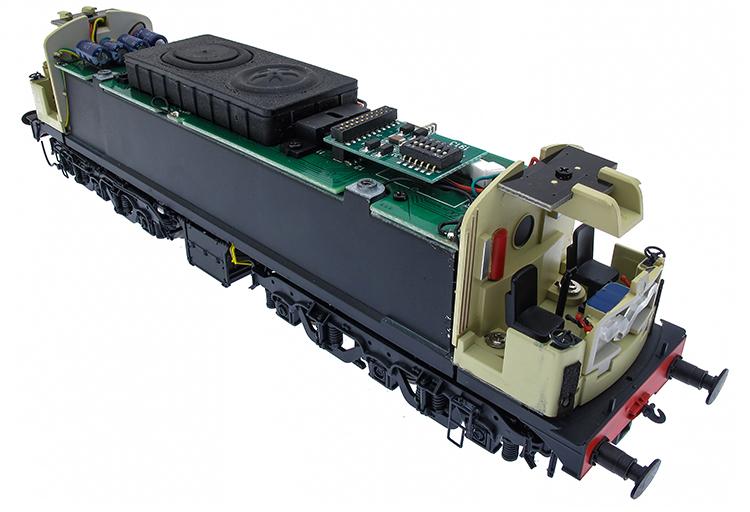 On the 21-pin blanking plug can be found six small dip switches to give the analogue user control of the white marker lights, red tail lights and headlights at each end which can be flicked over with a small screwdriver. I have also been lucky enough to test the model out with DCC sound (there are different files for Crossley and EMD engine models) and the swap-out of the blanking plug and 21-pin decoder takes seconds, and the roof panel reassuringly snaps back into place thanks to those magnets. Beautiful. 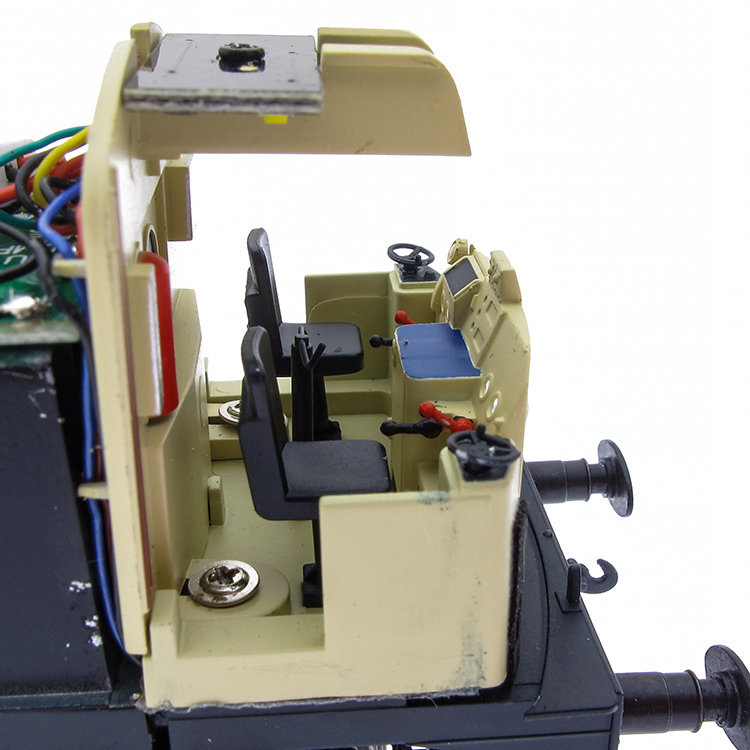 Should you need to remove the body to fit a crew to the cabs, this is also simple with four recessed screws, and the body then lifts away.  The model’s performance is phenomenal. It’s perfectly fine on analogue with smooth and silent control but it starts to come into its own on DCC. Capacitors on the PCB give power for around five seconds if contact with the track is lost – that's a scale 15mph over a sheet of A4 paper laid over the rails! I had 23 Mk. 1 coaches behind it on the test track which it handled with ease. 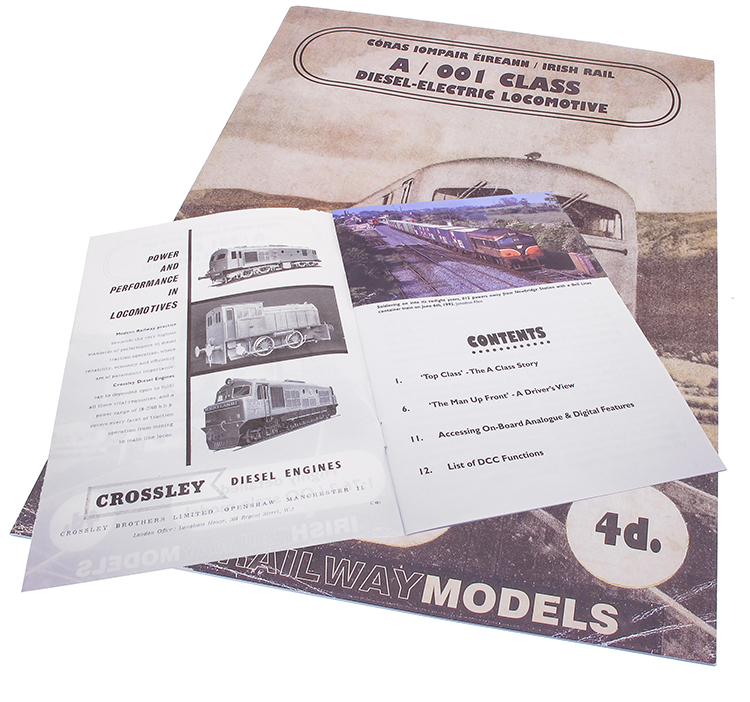 At speed step 1 out of 128, the model still moved that ridiculous length train without a sign of reduction in speed and no trace of slipping. I’m having one as there’s a family connection to Metrovick at the time of their manufacture and this bodes very well indeed for the standards and capabilities of those Accurascale locomotives for the UK market.