A superb model with plenty of potential for use well beyond the North Devon line the prototype ran on, concludes Andrew Charman.

Having already produced an L&B Manning Wardle, it was perhaps no surprise that Heljan chose the Baldwin as its next model for OO9. Heljan is offering Lyn in six different versions, reflecting detail and livery changes in the locomotive's career:

Our review sample is in the 1907-1923 condition, the last years of independent ownership. Narrow Gauge World Editor, Andrew Charman, spent some time consulting every L&B history book in the NGW library, comparing the period imagery to the model, and concluded that this is a pretty faithful reproduction.

1. The livery application is excellent. The careful attention to detail is clear to see when comparing different versions of the model. 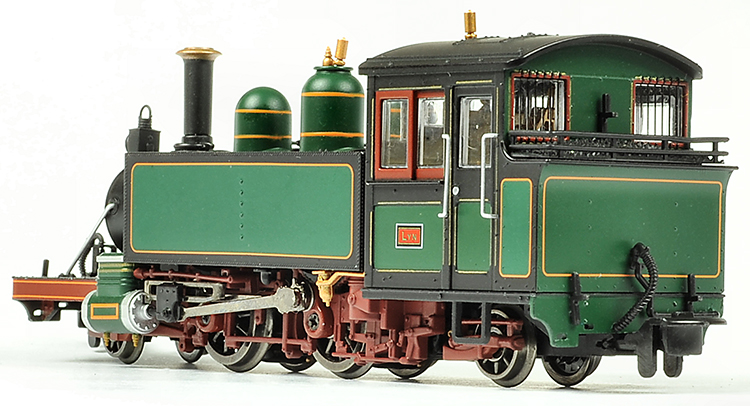 2. Our example doesn't have the plug on the side of the smokebox used for removing ash, because this plate was removed in 1907. The relocation of the whistle from cab front to cab roof is faithfully reproduced, although both this and the dome-mounted safety valve are very fragile. However, the different safety valve designs and variety of smokebox doors are modelled correctly. 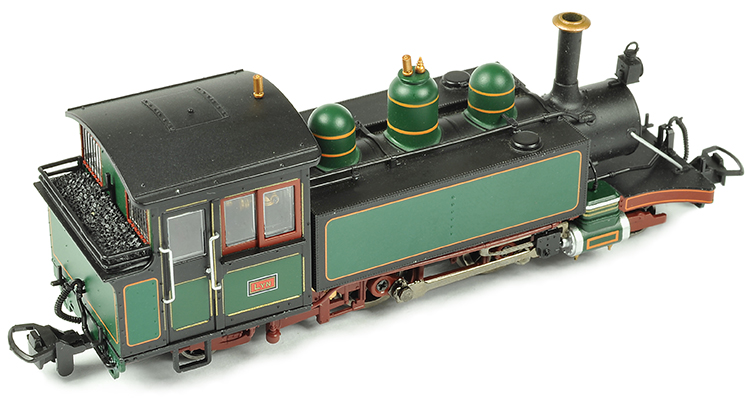 3. On the track, the model runs very smoothly, aided by pick-ups on all four driving wheels and the rear pony truck. From this good starting point, even a very short period of operation saw a noticeable improvement as the mechanism ran-in. The headlamp illuminates when the model is running forward.

1. Cowcatchers are provided separately in the packing. These etched items are easy to install, but rub on the coupling block, reducing the pony's swing. If this is a problem, they will need to be left off or modified. Without them, the locomotive couples perfectly to Bachmann and Peco rolling stock. 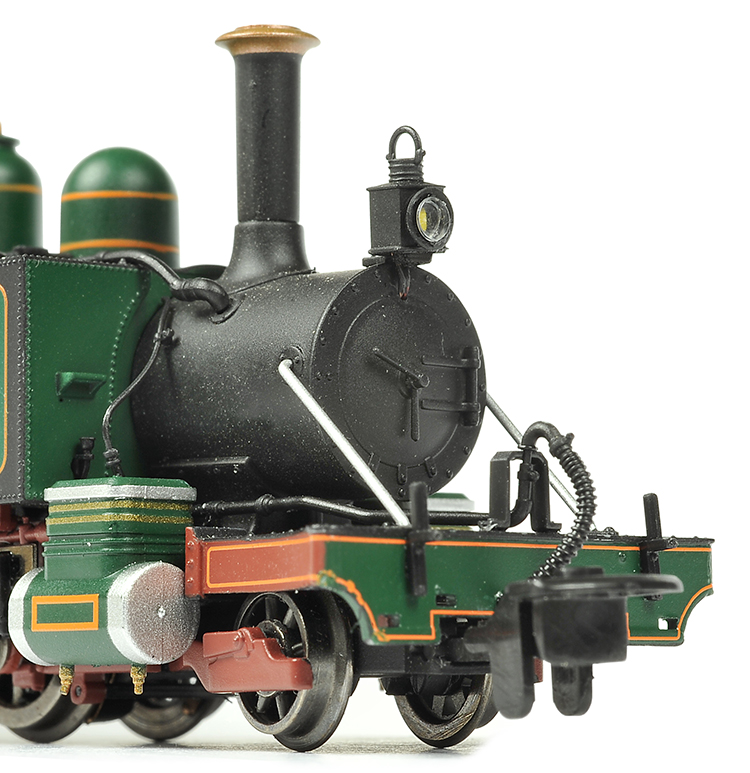 2. In negotiating Peco points of the tightest radius, the locomotive hesitated and needed a bit more power on the controller. In fairness, Heljan quotes that a minimum radius of 305mm is employed for Lyn, but adds that larger radii will suit it better, as would be expected of a large locomotive such as this. As the model ran-in, this performance improved, but it's worth bearing in mind if your line has very tight curves.

3. The model comes with a six-pin socket for DCC control, fitted just behind the smokebox. Access requires the ponies to be released, then three screws removed, pipes and stays prised from the smokebox and then the plastic body eased away from the diecast chassis. Full instructions are provided, but it's a bit fiddly. If you plan to fit a crew, it makes sense to do this at the same time.

Overall, this is a superb model with plenty of potential for use well beyond the North Devon line the prototype ran on.

The real locomotive was built for the Lynton & Barnstaple Railway in 1898 – the line had quickly concluded it needed more motive power alongside its three 2-6-2Ts ordered from Manning Wardle, but at the time industrial action at many UK builders had created a backlog of orders. US manufacturer, Baldwin could deliver a locomotive more quickly. Lyn was shipped across the Atlantic in parts and erected at the L&B's Pilton Works by railway staff, first steaming in July 1898. Thereafter, it went straight into service on the line, making few headlines until after the takeover by the Southern Railway in 1923.

A major overhaul was carried out at the Southern's Eastleigh works near Southampton in 1928, the locomotive returning in Southern livery and with the designation E762. Lyn then continued working until the line's closure in 1935. At the subsequent auction, the only interest in the Baldwin came from scrap merchants, who rapidly cut it up in Pilton Works. With the L&B revival progressing well, the 762 Club was formed in 2009 to build a new Lyn, externally similar to the original, but with the benefit of modern engineering technology. The locomotive was completed in 2017 and has run on the Devon line since, looking particularly splendid at the head of a rake of four brilliantly-restored (with mostly new parts) L&B carriages.