Adaptations to its tooling suite has allowed the manufacturer to depict its 'Cromptons' with high-intensity headlights and detail improvements. Howard Smith reviews.

Heljan has offered a Class 33 locomotive in its OO gauge range for a number of years, a partially-retooled and upgraded model is now with stockists. Small alterations to the tooling suite has permitted the manufacturer to represent later locomotives that were fitted with high intensity headlights in a variety of liveries as commonly seen in-use from the late-1980s to the present day. Offering eight new liveries covering the most popular – and one obscure, though favourite – liveries of the Class from the 1980s to the present are 33012 in weathered BR blue (3450), D6515 Lt Jenny Lewis RN in BR green with small yellow panels (3451), 33042 in weathered Railfreight Construction (3453), 33063 in Mainline freight grey (3454), 33021 Eastleigh in Post Office red (3455), 33030 in EWS maroon and gold (3456) and 33029 in West Coast Railway Company maroon (3458). These new models are joined by other livery variants of Heljan's Class 33 from its original tooling. Great times for 'Crompton' fans! 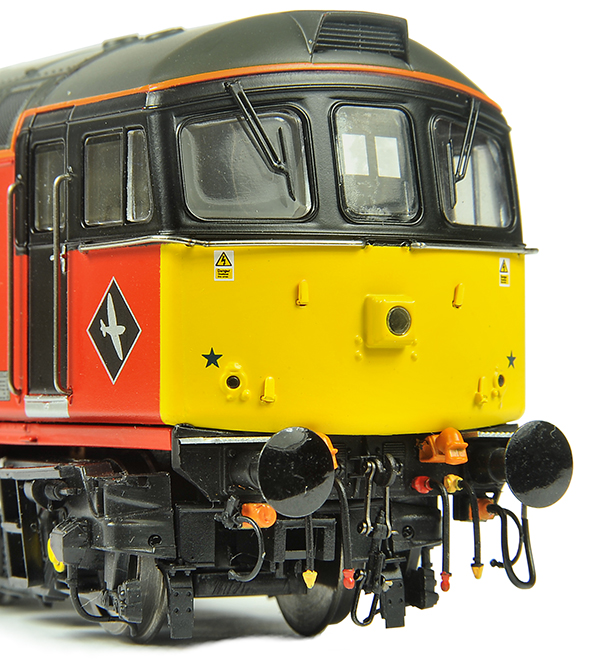 Detail around the model is to a very high standard. I'm a fan of the air pipes and multiple working connectors. Spares are provided in the accessory pack, with snow-ploughs and cab/shore radio pods, painted to match the cab roof.

Kindly received from Heljan for review is a sample of 33021 Eastleigh in Post Office red. A retailer-exclusive for Locomotion Models is has also been produced. Improved radiator grilles and the square high intensity headlight are the main changes with these variants, but all models continue to feature DCC-ready, or DCC sound capability via an eight-pin decoder socket, sprung buffers, directional lighting with low-power bulbs and an accessory pack.

Take two
Though not entirely new, the latest models are different from previous Heljan Class 33s insofar as they carry more detail. The model holds its own where shape and detail are concerned. Buffer beam features are exquisite, pre-fitted from the box with air hoses and multiple working couplers. Non-working screw-link couplings and sprung buffers are standard, which should please those who seek extra authenticity when standard tension-lock couplings are removed. Though the couplings don't screw to adjust their length, the links being of metal construction should enable them to be used with the multitude of wagons now featuring scale hooks, provided your eyesight is capable. An accessory pack containing cab/shore radio pods and snow-ploughs is provided, alongside a maintenance sheet containing part reference numbers. 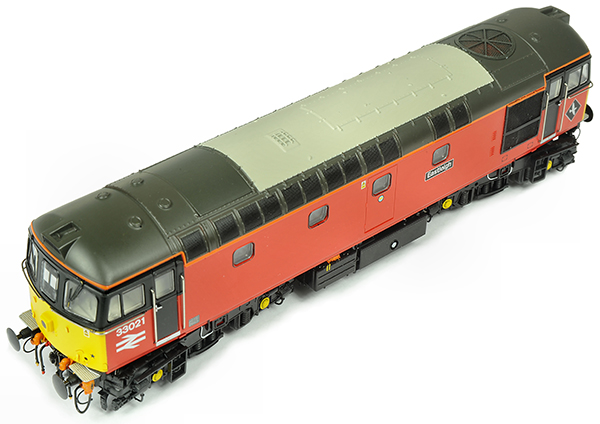 Brief history
Entering service on January 14, 1961 as D6539, this new model represents it in the later period of its life. Gaining the number of 33021 in January of 1974, wearing BR blue until 1989 when BR repainted the locomotive into its final livery of Railfreight construction, which it would carry until being withdrawn in 1997. Purchased by a group of individuals, the locomotive would be outshopped from Eastleigh in the same year carrying the bright livery of Post Office red, with depot plaque and nameplate – the only member of the 98-stong class as built to receive this livery. In the early 2000s, the locomotive would be painted into Fragonset black with maroon stripe, until the company became defunct and it would pass into preservation at the Churnet Valley Railway. After changing liveries, the locomotive carried Post Office red once again, though its 2019 application differs from its original application of the livery in the late-1990s. 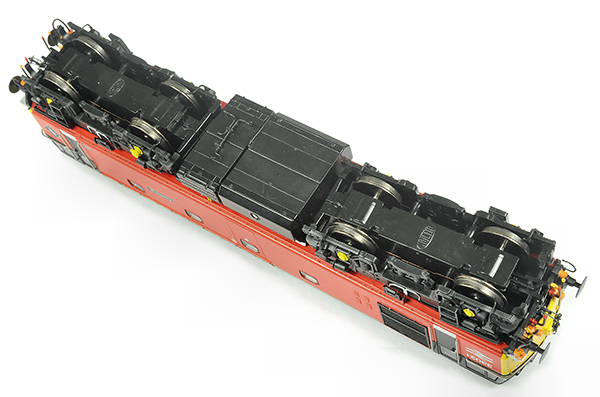 Subtle changes
In 1998, 33021 would have its marker lights plated over, a modification which it carries to date. Heljan's tooling suite not supporting this, represents the locomotive in its 1997/1998 condition. Beautifully-detailed etched treadplates to the cab fronts are painted silver as per the locomotive in its current condition, not black as it was in the late 1990s. Small livery changes between the locomotive's 1997 and 2019 application of the livery include the painting of bogie springs and lifting eyes. Subtle differences aside, it would appear that Heljan's model is more suited to the earlier period than present. The more discerning modeller may adapt it to the later version if the rear marker lights were carefully removed with a scalpel, filled and painted yellow to match the paintwork, though repainting the entire ends yellow for a closer match might be required.

The newly-added high intensity headlight looks right as do the radiator grilles. The Post Office red livery suits the locomotive design well. Not having awkward features to disguise has allowed the Class 33s to carry many liveries successfully and it's great to see the model appear in more guises. Application of the livery is neat and satisfactory, though I'd have liked to see the battery box, fuel tank and sprung buffers painted. Carefully painting these with a matt black will knock back the plastic sheen, which shouldn't be difficult, and these areas could be weathered further still, if desired. 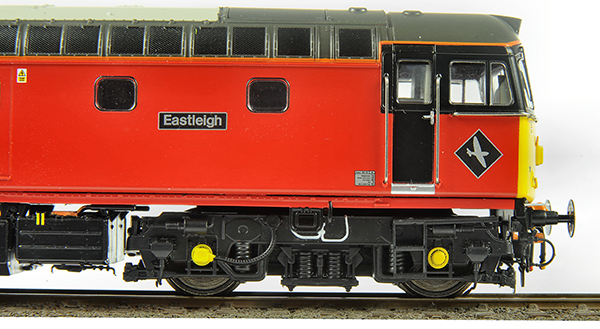 On test, it remains the case that the model is a reliable locomotive, capable of hauling what would have been expected of the Type 3 in reality. Its 658g weight is largely due to the die-cast chassis, and all-axle power is provided by a five-pole motor. For Southern Region modellers of the 1980s and 1990s to modellers of the present day network-wide, these new alterations and livery additions are a welcome sight to a fine representation of the prototype. Highly-recommended.