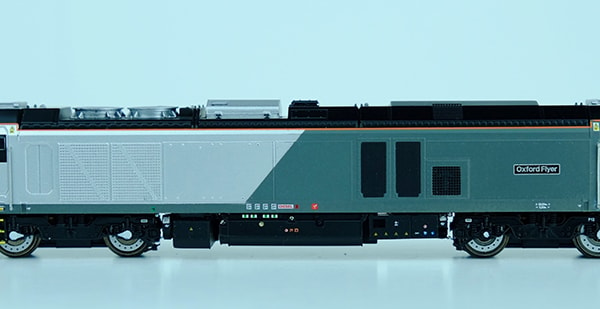 Having taken several years to develop its OO gauge Class 68, released to some acclaim in 2017, Dapol has now used its ‘shrink ray’ to produce an N scale version to a similarly high specification.

Above: The modern modular design of the Class 68 poses some real challenges, but Dapol has done an excellent job in producing a high-detail N scale model.

Impressively, the electronics are designed to allow six different lighting configurations using DCC. This gives the option of switching off the cab lights at either end as required and extinguishing tail lights when hauling a train – these can also be configured for DC analogue use by two switches on the chassis circuit board. Models with factory-fitted DCC decoders and digital sound will be available later. For the moment, the company recommends its in-house ‘Imperium 2’ Next18 six-function decoder as the best fit for the ‘68’.

All models come with a comprehensive, full-colour 32-page instruction booklet featuring detailed drawings of the model and major components, a list of spare parts and lighting and DCC sound functions as well as the usual guidance on running-in and maintenance.

FINE DETAIL
Immediate impressions are that Dapol has produced a high-quality model of this striking modern design. The large number of separately fitted components, from the silencer and cab air-conditioning pods on the roof to the fine cab door handrails and factory-fitted bufferbeam details mark this out as a quality piece of kit. 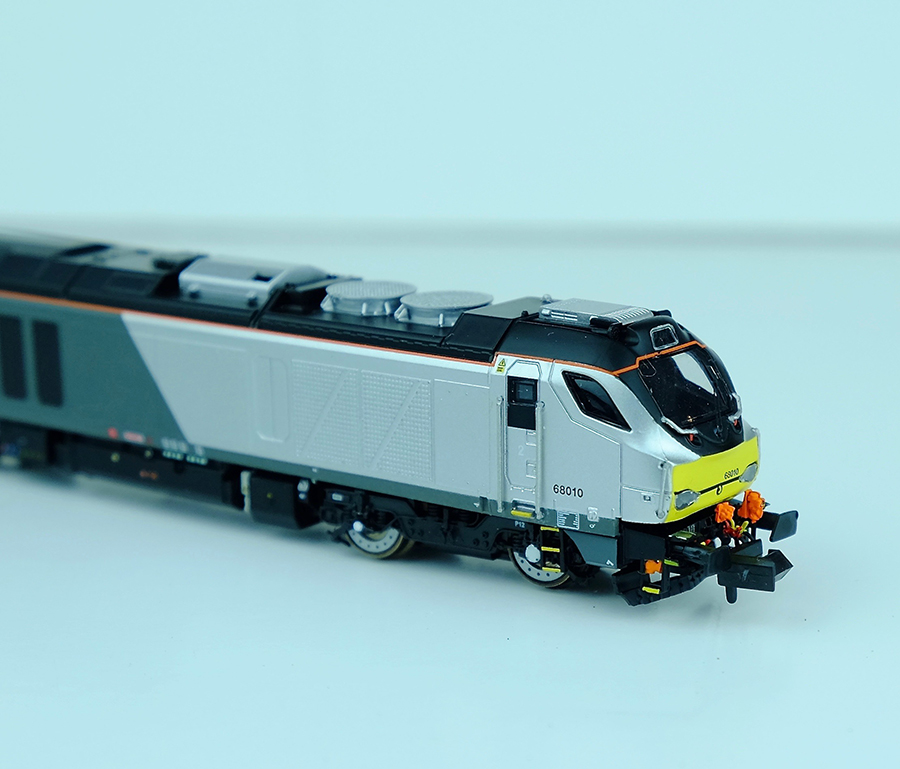 Above: The application of Chiltern’s silver and grey livery is exemplary, particularly the former, which has a metallic finish without being over the top.

For the latter, a set of full set of hoses and cables is fitted at one end, with shortened versions at the opposite end to allow the Rapido coupler to swing freely on curves. It’s an ideal arrangement for a push-pull fitted locomotive and will save many modellers both time and patience for other jobs.

Authentically, the two Chiltern models have the additional orange AAR push-pull receptacle fitted just above the bufferbeam. The Chiltern and ScotRail models also have larger fuel tanks than the lower-numbered DRS machines.

The whole front end is beautifully executed, laser-scanning of the prototype capturing the numerous curves and bumps very effectively, and the quality continues throughout the model. Highlights including the excellent bogies complete with polished brake discs, clever treatment of the characteristic ‘undercut’ beneath the cab front and superb overall shape of the body. Unlike the ‘OO’ gauge model, it hasn’t proved possible to include etched metal grilles on the bodysides, but the moulded grilles are crisp and convincing. As on the prototype, the modular design means there are tiny details to enjoy wherever you look.
Application of the Chiltern Railways livery is neat and accurate with a good representation of the original shades and the metallic silver. Printing is crisp throughout, right down to the tiny warning notices and data panels. This is the simplest of the three livery options, but samples of the DRS and ScotRail models that we’ve seen also look impressive.

A die-cast chassis gives the 68 plenty of weight (around 100g), adding to the feeling of quality. It also gives the model stability and plenty of ‘grunt’ for hauling prototypical trains. Two brass flywheels on the drive shafts help to smooth out any interruptions to the traction current. Our sample was smooth and quiet on DC control and ran for several hours without any issues. All four axles are driven via a gear tower on each bogie and have brass wiper pick-ups at the rear of the wheels. The bodyshell unclips easily, revealing a neatly designed chassis housing the decoder interface and lighting control switches.
However you look at it, Dapol has delivered a compelling package and an impressive rendition of a charismatic modern diesel packed with desirable features and clever design. It’s a step up in quality from some of the company’s older diesel models and should prove very popular with modellers of the contemporary railway. It’s also an ideal companion for Dapol’s Mk 3s, Network Rail IOA and JNA ballast boxes and Megafret intermodal flats, or the Graham Farish FNA nuclear flask carrier. 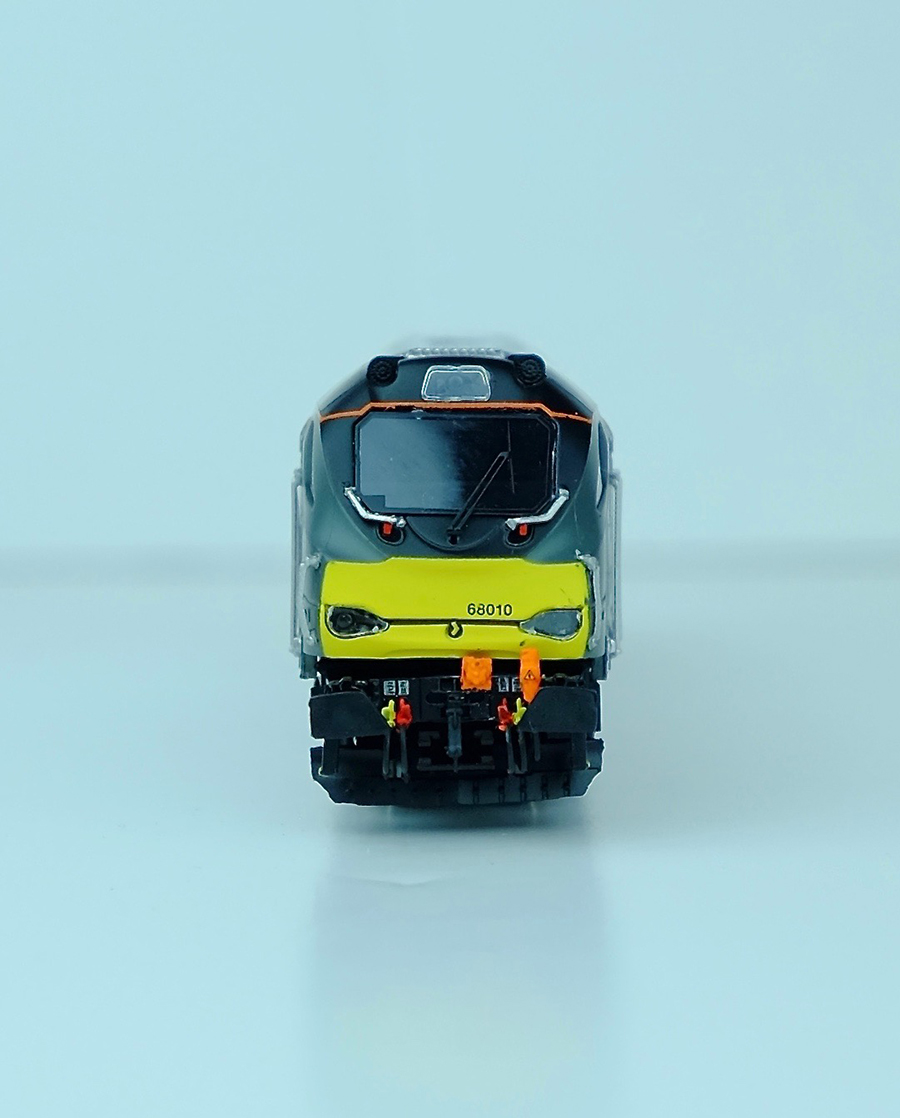 Above: The distinctive ‘Stormtrooper’ face is captured perfectly. Commendably, the Chiltern Railways locomotives have the extra AAR multiple working/push-pull control socket mounted to the left of the electric train supply jumper cable. Bufferbeam hoses and cables are factory-fitted at one end.