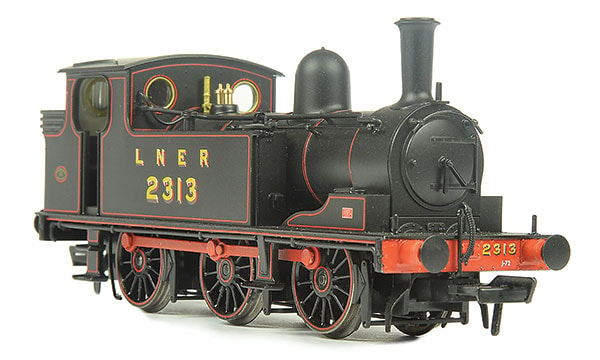 When Mainline Railways burst into the Hornby and Wrenn dominated OO UK market in 1976, one of their first models was the J72, a diminutive 0-6-0T locomotive with a remarkably long history.

It’s over 40 years ago that Palitoy, under the ‘Mainline’ brand, launched an RTR J72 in OO gauge. At the time, it was revolutionary, with a high degree of detail, including separate wire handrails, excellent livery-application and a split chassis that obviated the need for wiper pick-ups. Though its looks were good, performance was erratic. The wheels - with their ‘star-screw’ method of fixing to the axles - were wobbly and had a habit of going out of quarter. Later ones had the wheels friction-fitted to the axles, which was an improvement, though poor running on some examples was still an issue because of the ‘pancake’ motor. In time, the models passed to Dapol, and Bachmann used the same tooling from 2000 until 2008. This latest model from Bachmann shares very little with its predecessor.

The prototype J72s must be unique in that their building took place over a period of no fewer than 53 years! These shunting 0-6-0Ts were originally built by the NER to the design of Wilson Worsdell, beginning in 1898. By the Grouping in 1923 a total of 75 had been built, most erected at Darlington but some by Armstrong, Whitworth in Newcastle. The LNER built 10 at Doncaster, and finally, BR built a further 28 at Darlington between 1949 and 1951, giving a grand total of 113. The first 20 had Ramsbottom safety valves in a brass ‘trumpet’, but all the others had Ross pop valves. In early LNER days, the class was painted black/lined red, but this only lasted until their first shopping, when plain black became standard. As shunting tanks they had no vacuum brakes, but in 1937 two of Gateshead’s allocation received vacuum brakes, steam heating pipes and screw couplings for station pilot work at Newcastle Central Station. Being in the public eye, they also received a reversion to LNER lined red livery. One, 2313, is the subject of the model under review. By the War, both were back in plain black. In 1947, No 8680 (ex-1720), still on pilot duty, received full LNER lined green painting. By 1949 it was renumbered as BR 68680 and carried the first BR device. In 1952, it received BR lined black, before returning to the ranks of plain black in 1959. Indeed, British Railways painted the rest plain black from 1948, but now in the number series 60XXX. Two more received special treatment in 1960, when Nos. 68723/36 received full NER lined green livery (but with BR numbers and the second BR device as well as the NER one) for their work as pilots at Newcastle and York respectively. Later, 68736 joined its sister at Newcastle. Both were withdrawn in 1961. 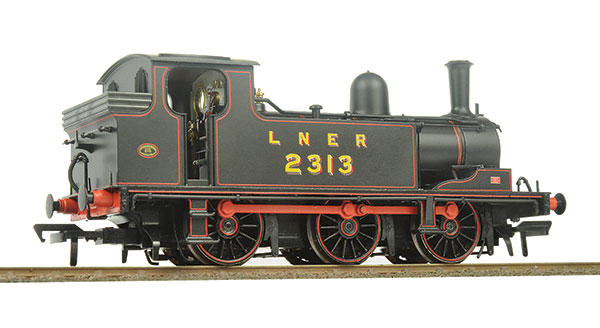 Though a pure NER design, at various times they could be seen in all parts of the LNER/BR/ER/NER/ScR, including their native North East, Harrogate, Leeds, Hull, Aberdeen, Glasgow, The Wirral, North Wales, London, Doncaster and Ipswich. Withdrawal of the class took place between 1958 and 1964. Two went into Departmental Stock until 1966, when one (the ex-69023 – a BR-built example) was purchased for private preservation. It was then named Joem, a contraction of the owner’s parents’ names.

As for this new model, first impressions are very favourable. As mentioned, it represents No. 2313, one of the pair fitted with vacuum brakes for pilot work at Newcastle and afforded LNER lined red livery in August 1937. It retained this ‘celebrity’ colour scheme until August 1940, so it’s quite a tight time period represented, as well as a tight geographical setting. Consulting the drawings, photographs and documents in my possession (mainly the RCTS ‘green series and Yeadon), this beautiful little locomotive matches up exactly in every department. The overall dimensions are spot-on and the attention to detail is incredible. There are so many separate fittings at source that one wonders at the complexity of the production line required to assemble these splendid wee tanks. The cab interior is a work of art! The correct Group Standard buffers are sprung as well. As a professional locomotive builder, having erected a K’s J72 in the past, I know I’d have to do my very best to get near this standard. And, the best I could do would be to approach it, not equal it! A professional painter - which I’m not - would struggle to match this livery-application too. To say that it’s ‘perfect’ is not an overstatement.

The lining is incredibly fine, and the only way I could read the writing on the builder’s plate (built by Armstrong, Whitworth) was to photograph it - it’s actually legible! The only thing I’d query is the red-painting of the buffer stocks. The LNER painting spec’ was for black stocks, but Darlington often went its own way in this regard, frequently painting them red – as on the model. Conclusive photographic evidence is difficult to find, so I’d suspect that red stocks is right on this model, even though it’s ‘unofficial’. 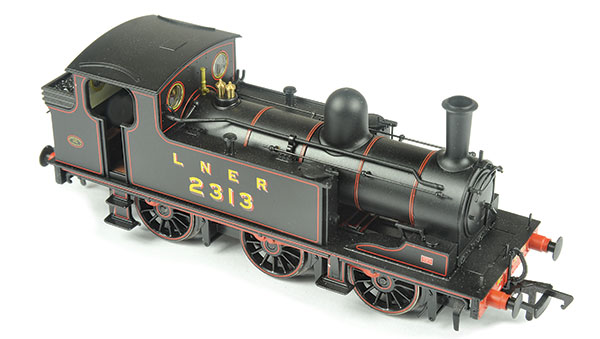 Regarding performance, this, as with the locomotive's looks, is exemplary. Having once owned an original Mainline J72 (which ran even worse than the K’s one I built!), there is no comparison, only contrast. Long gone is the pancake-motored split-chassis (thankfully all split-chassis have been replaced, not least because of their DCC-fitting difficulty). This new one is super-smooth, quiet, responsive and extremely powerful. The drivers (which are exquisitely-lined) are true-round and concentric, with consistent back-to-backs. Performance through hand-made and Peco pointwork was perfect with no jerking or stuttering at all (though I have no dead-frog points to test it over, to be fair). I sweat blood and tears to get performance like this from the locomotives I build! It easily hauled a full rake of heavy, kit-built carriages (helped by its part-metal body construction), thus making it ideal for the main line station pilot duties it was meant for. The model is DCC-ready, and the instructions inform us that it comes with a factory-fitted speaker. All that’s needed is a Next18 DCC Sound Decoder pre-programmed with the sound file of your choice. There’s even provision for a DCC firebox glow.

Standard tension-lock couplings are fitted in NEM pockets. The front one of these needs removing to access the front screw holding the body on. There is a bag of separate parts, including screw couplings, steam heating pipes and lamps for those who wish to make the loco look more realistic.

In conclusion; an outstanding model in every department. 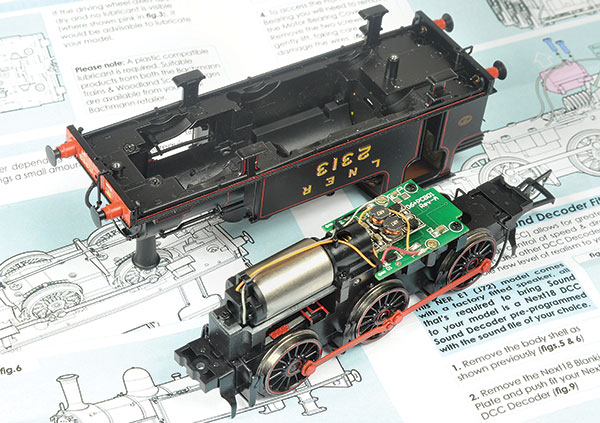