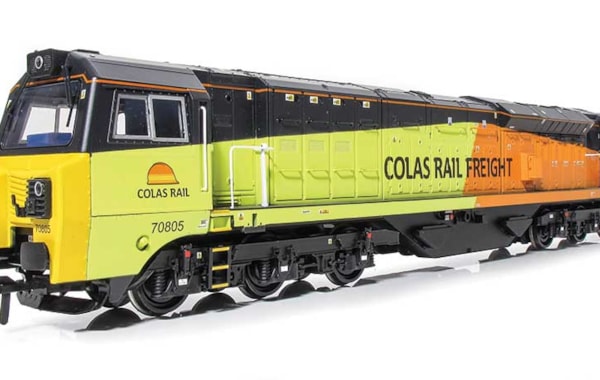 We take a look the later style of the Class 70, as reflected in this newly-tooled body from Bachmann.

Shortly after the arrival of the Class 70 on these shores at the end of 2009 from General Electric in Pennsylvania, Bachmann released their first Class 70 model in December 2010 reflecting the condition as first delivered to Freightliner. From 70007 onwards there was a significant difference to the cabsides, with the panel beneath the cab-side windows lacking a diagonal panel line. This later style is reflected in this newly-tooled body from Bachmann.

During 2012 there were a few significant engine-room fires and a subsequent modification was for a large air-intake box to be fitted to the outside of the body approximately two-thirds of the way along the bodyside. This appeared from new on the locomotives supplied for Colas (70801-70817) from 2014 and was retro-fitted to the Freightliner locomotives (70001-70020) during 2014, making this new model appropriate for current usage.

The Colas-liveried model will surely be very popular with modellers of the contemporary scene, as photographs show they have appeared across swathes of the rail network most often appearing on heavier infrastructure trains for Network Rail with loads of rail and stone. A regular freight working for Colas was working log trains to Kronospan at Chirk. Picture evidence shows that they often run light engine between workings and are sometimes seen working in multiple with other class members and other Colas-liveried locomotives of Classes 56, 60 and 66 so there’s plenty of flexibility there for usage.

We are already familiar with the earlier model, which is very well-regarded for its accuracy in shape, detail and decoration, and the Colas livery is well-executed with good distinction between the coloured panels and a mass of warning and information signs printed onto the model – nearly 140 of them to meet current safety standards, and most of those signs will need three different colours printing. It would be great to see the masking and tampo-printing setup for that! 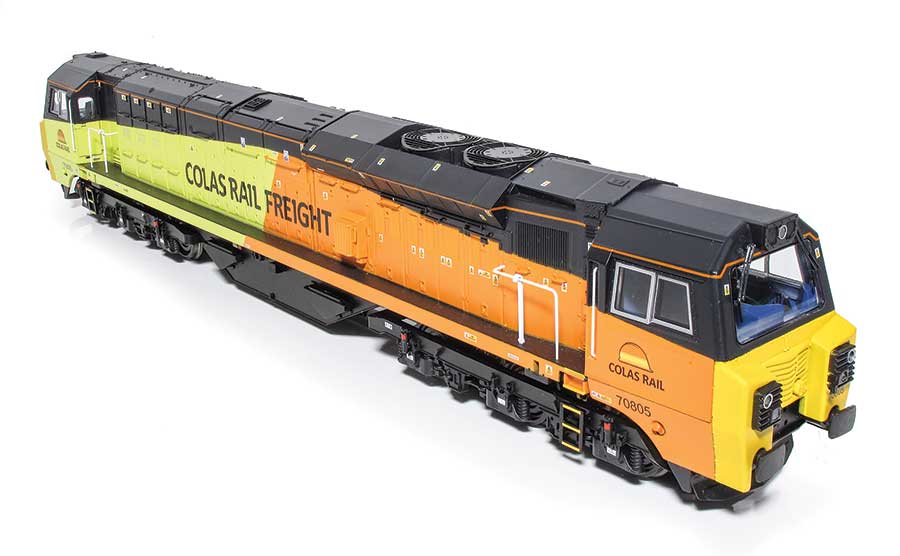 The model features switchable front, rear and cab lights beneath the fuel tanks, and alternative air dam/ploughs dependent on whether the modeller wishes to fit tension lock couplings along with the usual bufferbeam detailing pack of hoses and pipes. I did notice that this model includes a driver at one end. The model weights in at 437g, which contributes to its smooth and powerful handling, and the model has a 21-pin DCC decoder socket accessed by removing the body after removing four screws at the inner end of each bogie. 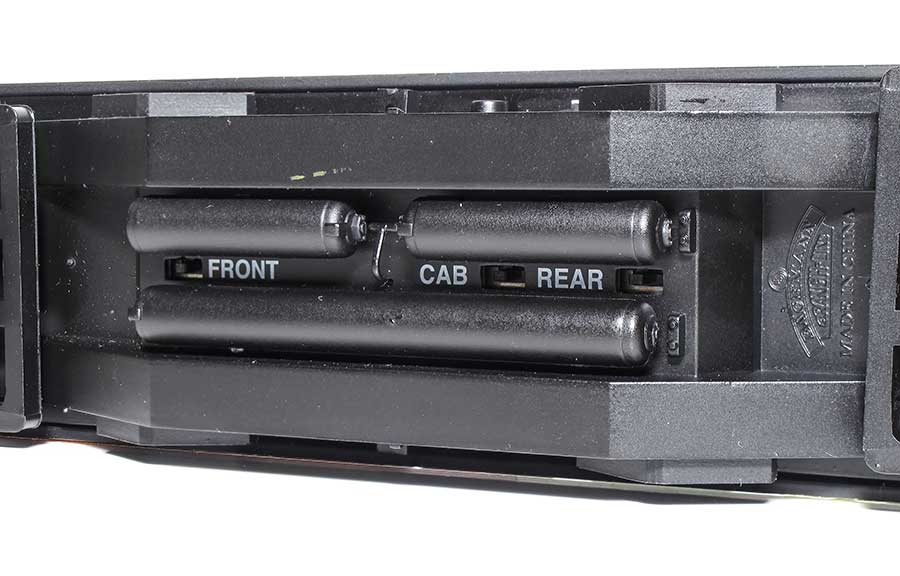 Could anyone ever regard a Class 70 as an attractive locomotive? Regardless, that is not to take away from Bachmann’s execution of a very fine model.