Revealing its Bo-Bo locomotive project to modellers in May 2021, it was a welcome surprise, as Andy York discovers.

When we reviewed Bachmann’s all-new headcode box version of the Class 24 (24/1) in BRM Spring 2020 it was inevitable that we'd see a major revamp of its venerable early Class 24 with a new chassis and body to include lighting functionality and better sound facilities.

Bachmann only sprung the announcement of this project on modellers in May, with its change of policy of only announcing items that are due to arrive within the next three months or so, and a welcome surprise it was too.

The early style of Sulzer Standard Type 2 Bo-Bo diesels was more commonly referred to as Class 24/0 in later years, with the original body style without headcode boxes and lower-body fairings, covering the number range D5000 to D5113. Even within this number range and classification there can be minor differences, so it’s worth checking photographs before renumbering. 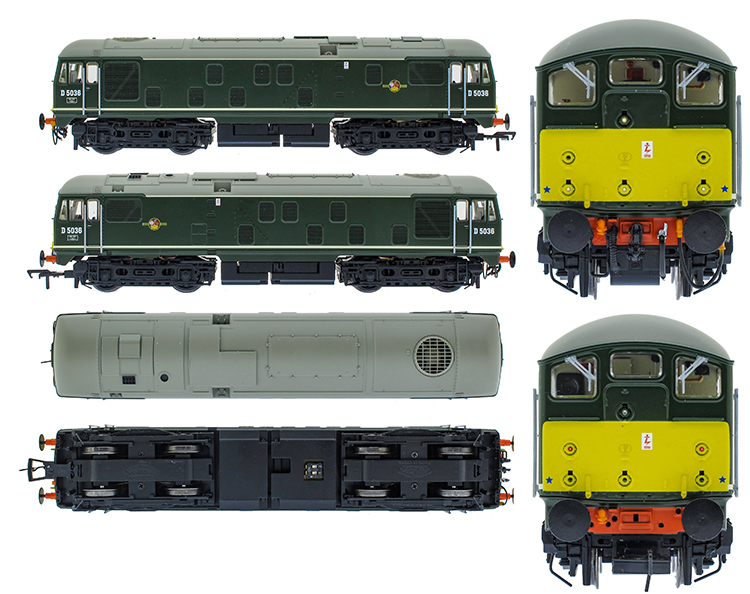 D5036 was allocated to March from introduction in 1959 and subsequently Ipswich – the model wears a 32B printed shedplate on its nose – before transfer to the Stoke Division as a Crewe Diesel allocation in August 1967, where it remained until withdrawal at the end of 1977. The locomotive seems to have been quite widely travelled; anywhere between the east and west coasts, and had the honour of hauling the last passenger service from Rugby to Peterborough in 1966. The earliest images of the locomotive in blue livery seem to be in 1971, so the green livery with small yellow panel covers its usage from mid-1960s onwards. Bachmann’s other initial release is 24035 in BR blue, allocated to Crewe Diesel in that livery through to its withdrawal in late 1978. 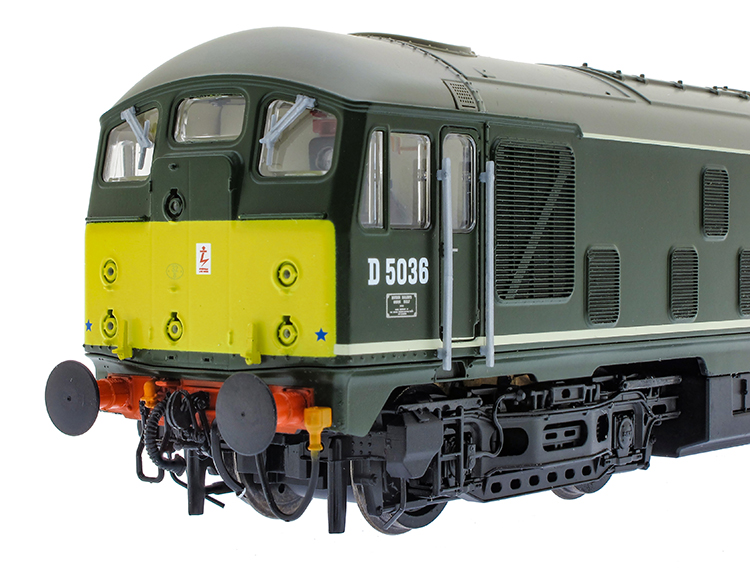 Featuring the same new chassis frame, circuit boards and bogies as the 24/1, there are, however, differences to the visual aspects of the chassis, because the 24/0 has a surrounding sub-frame that includes the lower bodyside fairing. This joint leaves a thin seam beneath the nose of the body, which is at odds with the prototype. This version has full length fuel and water tanks beneath the central portion of the chassis. Some later numbers had smaller water tanks to bring the operational locomotive within its design weight limits. The chassis and bogie frames feature excellent relief and detail, comparing very well with the prototype in that respect. 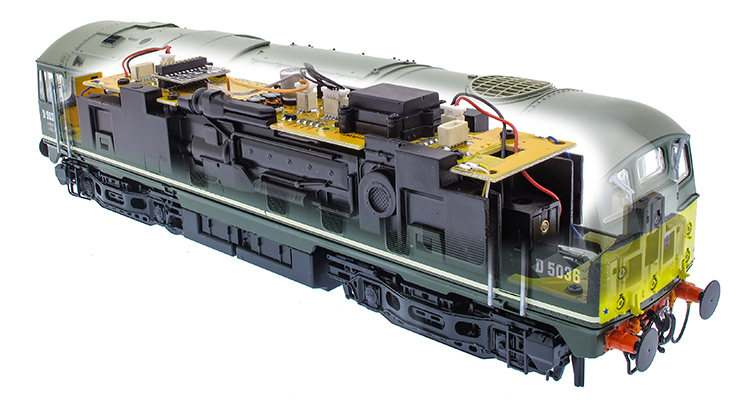 The body rendition, particularly around the 'face' of the locomotive, is a distinct improvement on its predecessor and certainly captures the look, especially around the rounded cab roof area. The roof details differ slightly from the later 24/1 in subtle ways, too – Bachmann has definitely researched these aspects well. The decoration, overall, is very good but under close-up photography there is a little raggedness to the edges of the small yellow warning panel on the review sample. At normal viewing distances it’s not an issue. The cab door handrails are a little too thick and broad but producing these to scale in plastic would have been too fragile in practice to last with regular handling.

An excellent detailing pack is included with open and closed headcode discs, bufferbeam detailing and steps if your coupling arrangements permit. Snowploughs are also included to fit into the NEM pockets, but these can compromise what detail and couplings can be fitted, especially if you expect the model to go around train-set curves.

Fitting a 21-pin DCC decoder is fairly straightforward. Six screws must be removed to access the body, but make sure you remove the correct screws, only accessible through the bogie frames close to the rear axle of the bogie. The model has a pre-fitted speaker below the fan grille area, so sound-fitting is simple. Directional lights can also be configured by the analogue control user via the dipswitches beneath the tanks.

I’ve always enjoyed the smooth and quiet running of a Bachmann Bo-Bo chassis, and the Class 24/0 meets all expectations in that regard, comfortably handling a rake of twelve Mk. 1 coaches. There’s nothing to fault the model and, just like the real thing, it's a useful and capable type for operation around the UK.