Andy York examines the ultimate development of the GWR's 0-6-0 'Pannier' tank design, with this model from Bachmann.

We have seen OO gauge 94XX models before from Graham Farish and Lima, though neither come close to the standard of this model in any respect. We review what would appear to be two models that are the same, Bachmann’s main-range model, as-built, and Locomotion Model’s exclusive, as preserved. There are differences, however, such is the diligence of those involved.

Hawksworth’s 94XX 'Pannier' tank was the final type built by the Great Western before nationalisation, with the first 10 class members, which these models portray, built at Swindon. The class was intended to replace some of the more elderly or tired disparate collection of 'Panniers' working on main lines, and eight of the first batch from 1947 were allocated to Old Oak Common (PDN), principally for working empty stock in and out of Paddington. Swindon kept hold of 9400, while 9408 was first allocated to Oxley, again for ECS workings for Wolverhampton Low Level. 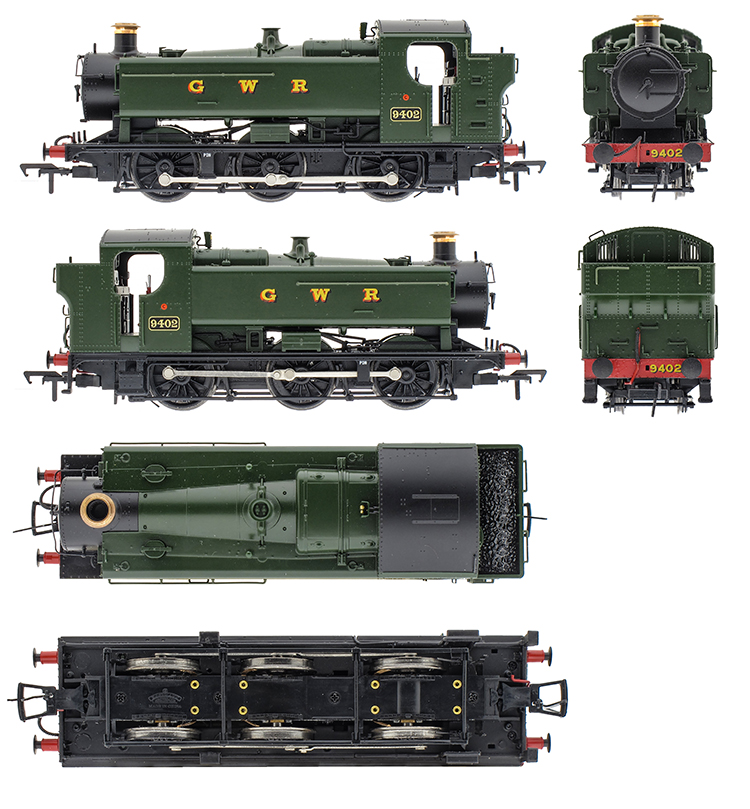 Prior to nationalisation, contracts had been awarded to Robert Stephenson & Hawthorns, Yorkshire Engine Co. and Bagnall’s to build a further 200 locomotives, which were delivered from 1950-56 to British Railways. The allocation of these locomotives, which had variations with the sloping cover plate beneath the smokebox, spare lamp irons, bunker handrails and bunker steps fitted to either the rear or side, were more widespread, with locomotives intended to haul heavier trip workings.

The 94XX wasn’t a branch line 'Pannier' because it was rated as red route restriction (the same as 'Halls' and the 47XX) with a C power classification (the same as 45XX and 57XX tanks). The class was relatively short-lived, being withdrawn during 1959-65 with some class members seeing less than five years in service. 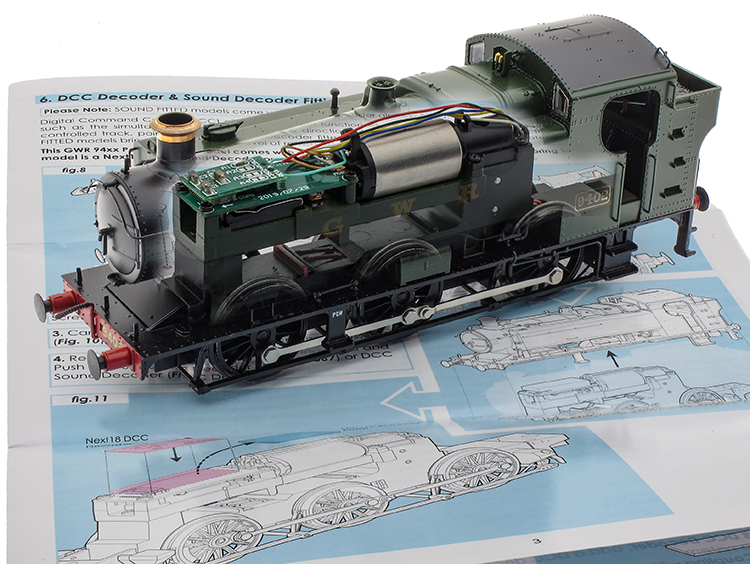 The real locomotives had heft to their appearance and this is well-translated by Bachmann with an impressive weight of 280g to the model. You feel it as soon as you take it from the box, achieved thanks to its 160g die-cast-weighted body to which fine plastic detail is attached. This translates into powerful performance on the track, capably handling six Mk. 1 coaches up a 1-in-40 gradient and 15 on the flat – it’s one of the most capable tank locomotives I’ve seen in this scale.

Bachmann’s catalogue range model of 9402 depicts the 94XX as built with the sloping cover beneath the smokebox, rear-facing bunker steps, a handrail to the side of the bunker and two spare lamp irons. A PDN allocation to the side steps and the red dot at the lower level aid visibility from ground level. 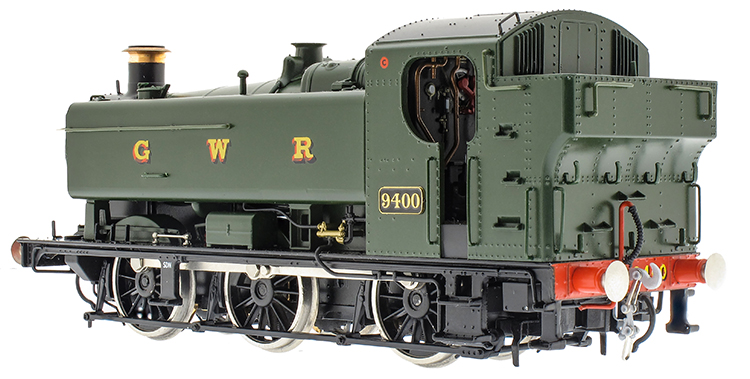 Locomotion’s exclusive model of 9400 depicts the preserved form, which had alterations under British Railways ownership with side-mounted bunker steps, three irons for spare lamps on the running plate and the bunker-side handrail. The GWR lettering has wider spacing, and the red dot is at the original high level. The most significant visual differences to this model are the polished steel style wheels, brightwork smokebox handrails, hinges and door darts, plus the cosmetic screw-link couplings.

Bachmann has the BR early and late crest periods covered, too, with its black models of 9479 and 9487, which feature smokebox number and shed plates, plus builders’ plates on the leading splasher and includes the appropriate variations previously noted. Onwards from the good adhesive weight, the model is well-designed with drive to the rear axle with the can motor and circuitry mounted higher to give clearance beneath the boiler. In this space, Bachmann has represented the inside motion. 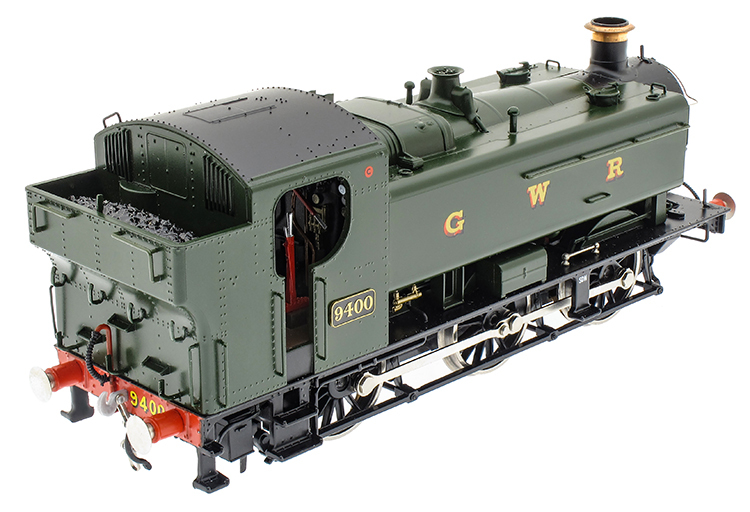 It’s straightforward to get inside the model, removing the couplings and two screws to detach the body and access the Next 18 decoder socket on the top of the board. The firebox is fitted with one red and one yellow LED to recreate a firebox flicker, which works on DC and can be further tuned in the DCC settings.

The detailing pack includes cab doors and ATC/TPWS boxes for appropriate use, cosmetic screw-link couplings and a collection of steam and vacuum pipes that can be fitted if the tension-lock couplings are removed. These match together to create through-piping.
All models include etched numberplates to fit with black or red backgrounds on the various versions. The review model of 9402 seems to have had its sandboxes omitted before packaging. Each of the catalogue range items will also be available as a sound-fitted option. I can recommend this as a very capable model finished to a high standard with fine detail while being remarkably robust.