Suppliers sought for cylinder block for No. 2007 "Prince of Wales" 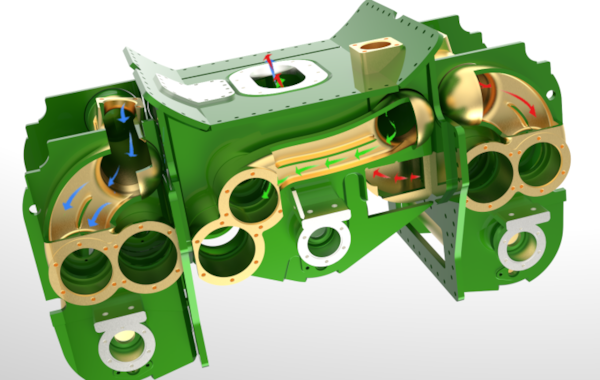 In addition, and as part of the continued application of modern techniques in the design and development of the improved class P2, The A1 Steam Locomotive Trust has commissioned Frewer & Co Engineers Ltd of Dorking, Surrey to undertake a Computational Fluid Dynamics analysis of the inlet and exhaust steam passages of the cylinder block.

Despite the impact of COVID-19, progress on the construction of new Gresley class P2 ‘Mikado’ continues to move forward rapidly. The engine has reached the condition where it is recognisably a P2 and the structurally complete tender tank and tender wheelsets are now at Darlington Locomotive Works. Construction and assembly work continues on all fronts, including boiler, wheelsets, tender frames, heavy motion, pipework and electricals. Design work for the extensively modified and improved cylinder block is complete, with the focus now turned to the adaptation of the Lentz rotary cam poppet valve gear to further improve the original design.

The redesign of the cylinder block is one of the four principal areas of redesign identified by the project team before the launch of the project to build an improved Gresley class P2 in 2013:

As part of the redesign process, our team led by David Elliott, Director of P2 Engineering, took into consideration the following issues:

Upon the completion of the redesign work and the conversion of the design from a single monoblock casting of all three cylinders weighing around 5½ tons to a fabricated steel structure, David Elliott used a 3D printer to construct a 1/8 scale model of the new cylinder block to assist the selected manufacturer in its assembly.

Following initial dialogue with eight engineering companies, the Trust has issued a formal Request for Quotation (RFQ) to five organisations with all replies expected before the end of March 2021. All of the five companies have been issued with a 3D drawing of the modified cylinder block along with a Detailed Scope and Specification Document and associated manufacturing drawings.

Graeme Bunker-James, Commercial Director, A1SLT, commented: “When considering the award of this key contract our decision-making criteria will focus on potential suppliers demonstrating previous experience of projects of this scale and complexity, their ability to manufacture to the specified tolerances & surface finishes, their capacity to deliver the project within the required timescales, the value for money of the proposal and the long term financial stability of the business. Along with the valve gear, the placing of the order for the cylinder block in April 2021 will be the last major hurdle to overcome in the construction of No. 2007 Prince of Wales.” 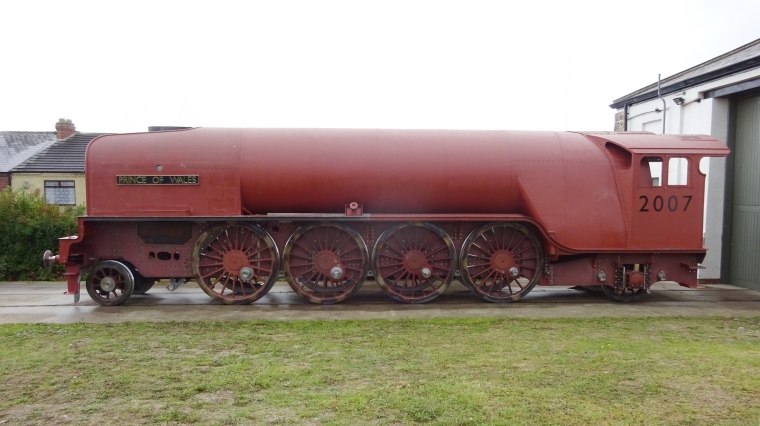