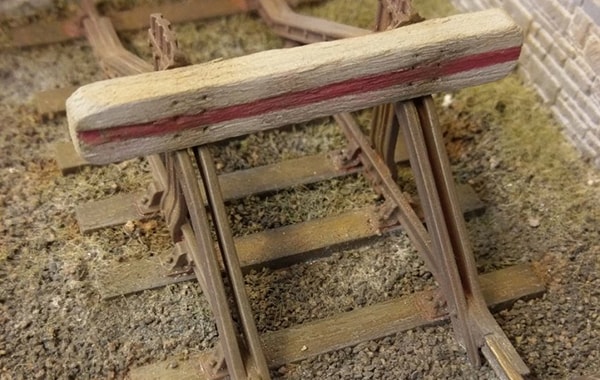 The entries have been received and the judges have conferred – it's time to reveal the winner of a Hornby Hall Class locomotive as No. 5972 Hogwarts Castle, as the winner to round five of our See it/Make it Challenge is revealed.

Congratulations are awarded to Chris Tooth, winner of our latest See it/Make it challenge.

Round five of our See it/Make it competition required you to share photographs of your efforts to make your model track appear more realistic, for a chance to win a Hornby (R3804) 4900 Class, No. 5972 Hogwarts Castle locomotive in Harry Potter livery and packaging, worth £109.99!

Thanks to all whom took part in the challenge, we've compiled a selection of the entries below, all of which were valiant efforts, commencing with Chris Tooth's winning entry.

Chris made his track from C&L plastic sleepers and chairs and its bullhead rail. He used an LSWR buffer stop kit from Ragstone Models to complete the look. His track was laid to a gauge of 31.5mm rather than the usual 32mm, in a bid to reduce the flangeways and improve the appearance and running through turnouts. "The track was sprayed with track dirt and the rail tops wiped clean. Ballast was from Green Scene with some ash mixed in. Sleepers were dry-brushed with various muck colours and some weathering powders also used", explained Chris. 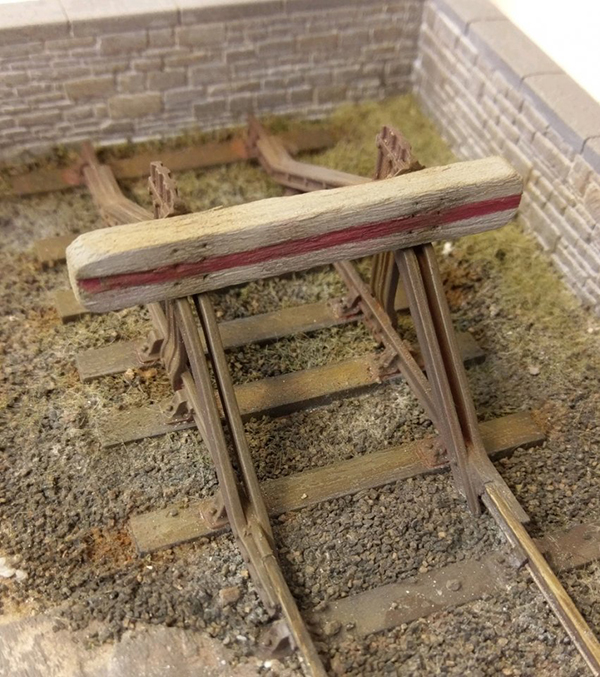 Full marks for observing the variable sleeper spacing, Chris, we also liked the subtle patina of the rail sides and sleepers.

Alisdair Macdonald re-gauged 'Whithorn' (as featured in the February 2020 issue of BRM), an EM gauge layout to OO gauge and took this photograph before the EM gauge track was finally lifted. He used SMP sleepers, Woodland Scenics greenery and weathering powders to achieve the look. 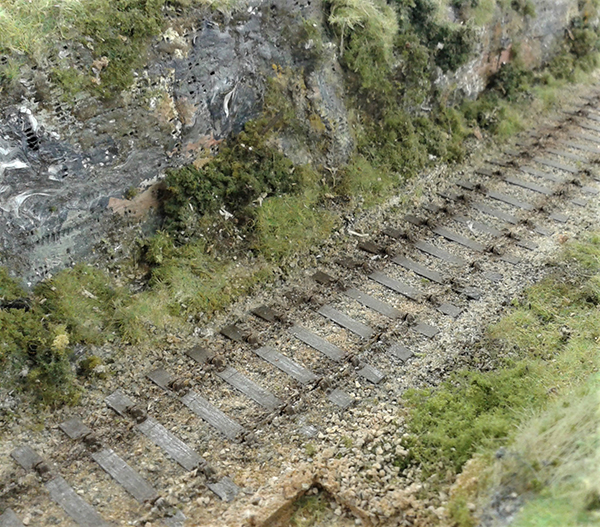 Though not featuring rail, hence not being track, but track components, we appreciated the attention to detail across the sleeper tops with the faded patina appearance of Alisdair's entry.

Daniel Thompson of Youtube channel Stockton Junction sent us his efforts at making concrete-sleepered OO gauge track appear more realistic and his efforts speak for themselves. 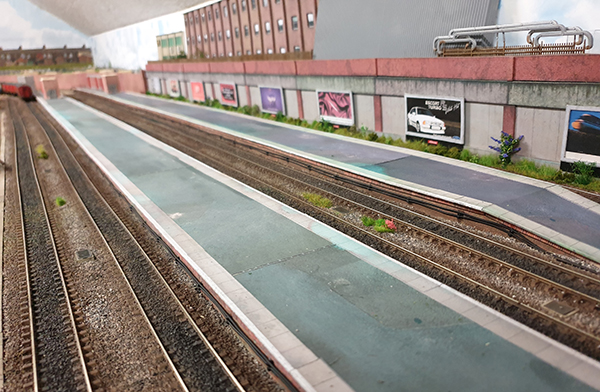 Great observation of the brake dust and oil marks to the track, Daniel!

Rob Gunstone made a welcome return for this round, with images of his layout 'Sheep Dip'. His entry used Peco Code 75 track, with Woodland Scenics Cinder Ballast. Track was first laid and painted using Humbrol Acrylic Dark Earth Aerosol. Once dry, the sleepers were painted using Humbrol Track colour. Rail sides followed, weathered using Humbrol weathering powders. Firstly, Iron Oxide which was then toned down with Smoke. The sleepers were then weathered using a variety of Humbrol powders including Black, White, Dark Earth and Iron Oxide.

"Once happy, the track area was sealed using Humbrol Matt Acrylic varnish and when dry, further distressing was done with a fibre brush", explained Rob. 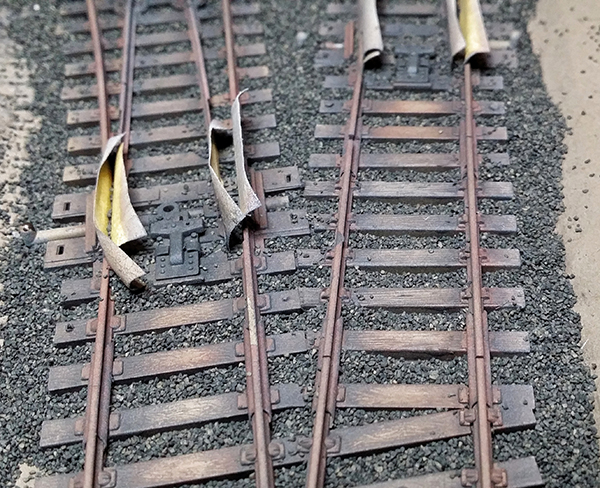 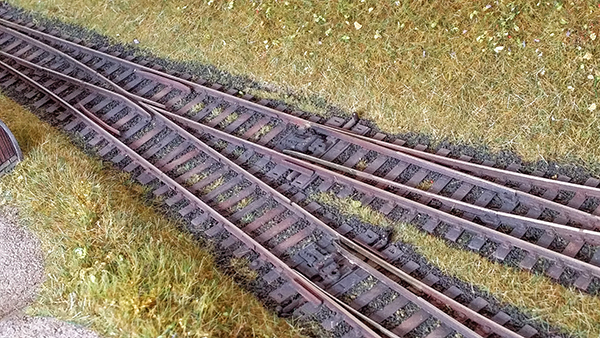 A great variety of colours across the track Rob and worthy of first place, though perhaps the rail joiners and point tie-bars could be substituted for something more discreet?

Tom Everitt shared this selection of photographs of the depot area on his layout, 'Ropley'. Subtly weathered to represent oil and diesel fuel spillage, the track has been modelled to a very high standard and though difficult to discern from the far away shots, we think the view from a distance is very convincing. 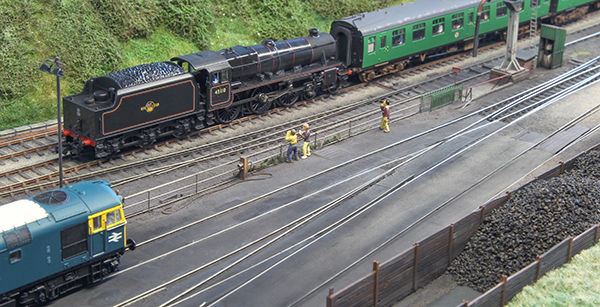 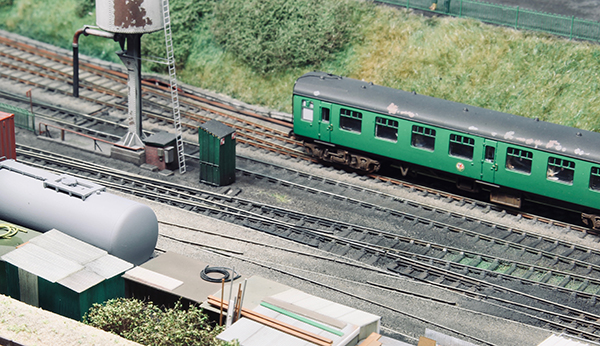 Exquisite Tom, though it would have been nice if we saw the track a little closer.

Warren Lodge shared these images of his small Great Eastern branch line, set in North Norfolk. Using Peco Code 100 track, ballasted with different shades of Woodland Scenics N gauge ballast, he made use of weathering powders and dry brushing to create a well-worn appearance. Paint is from the Phoenix range. 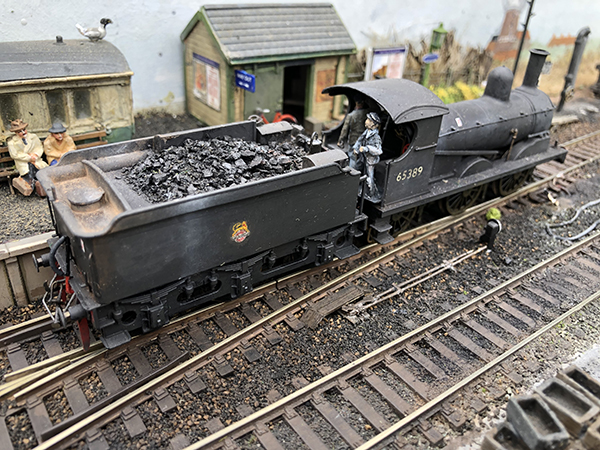 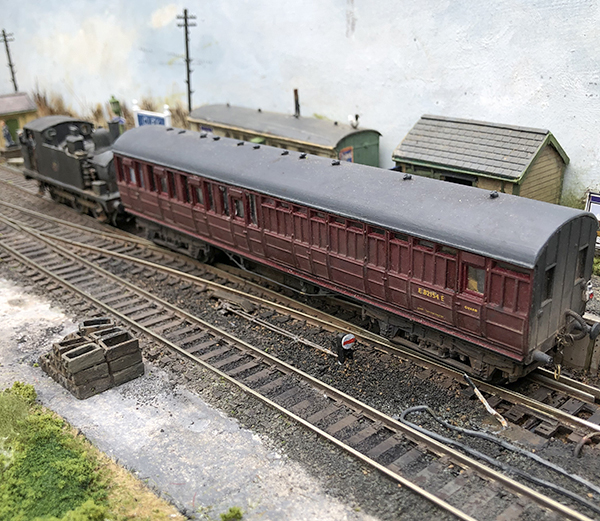 A good effort Warren. Consider a light mist of matt varnish to dull the sheen of paint, or consider a light application of weathering powders for a similar effect.

Stuart Hilton returned for this penultimate round of the challenge with his demonstration plank, as documented on RMweb.

We like the faded painting of the sleepers, Stuart – something that we often find is lacking with layouts. The bufferstop looks pretty rusty, too!

Thanks to all whom took a part in this challenge, our final round of the See it/Make it Challenge will appear shortly – stay tuned!