Scale Model Scenery has produced a new range of scenic farm detail accessories. Designed to be placed around a farm or rural scene on a layout or diorama, the 1:76 scale items span eras from the earliest days of the railways to the 1970s. Made from laser board, the kits are ready to paint, and supplied with instructions.

Its laser-cut horse cart (LX444-OO) contains detailed cartwheels, leaf-springs and a cart body and could be positioned with a scale horse to create a cameo. The bed can be distressed or weathered by sanding and scraping sections away for a well-used effect. 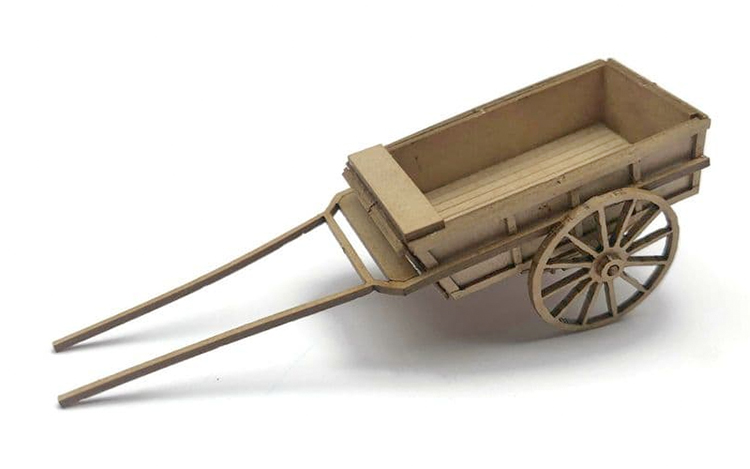 Its Field Roller and Farm Junk kit (LX436-OO) contains parts which can be placed against an outbuilding, in a pile, while the field roller can be placed in a field or out of the way in a farm hangar. 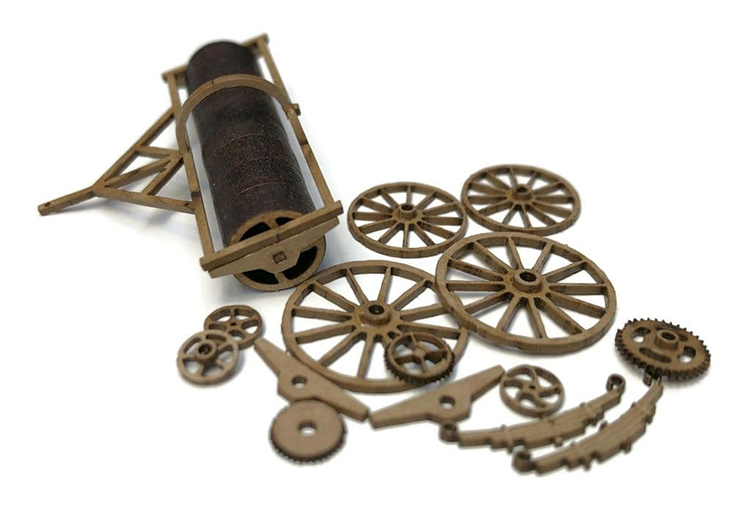 Further details of its farm accessory details can be found on its website.

In other news, joining its range of platform accessories is a kit for the once common BRUTE (British Rail Universal Trolley Equipment) trollies, as used throughout the railway network between 1964 and 1999 for handling and sorting parcels, newspapers and other freight. The kit builds four BRUTE trolleys, often seen grouped together in multiples at the end of a platform or outside a parcels office waiting for the next train loaded with parcels. 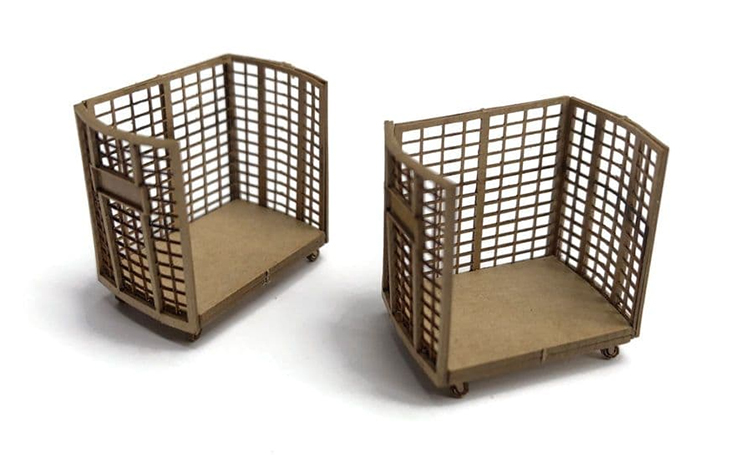 The kit features detailed mesh, a strong base and frame, plus detailed wheels with spares included, which can be posed to point in all directions for a realistic appearance.

For further details of the above items and more in these ranges, including current pricing, visit the Scale Model Scenery website.