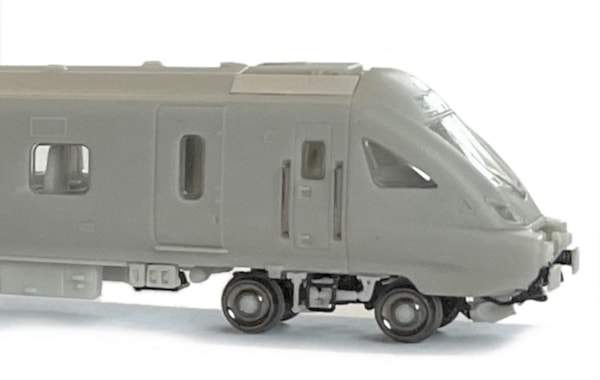 EP1 samples of the Mk5 Caledonian Sleeper (CS) and Mk5a Trans Pennine Express (TPE) coaches have been received and are now being assessed for mould quality, fit of parts and operation.

These exciting new trains were introduced towards the end of the last decade, and the Revolution versions feature full interiors, photo etched grilles and wire details, kinematic close coupling and carefully designed free-running inside bearing bogies.

The CS models feature accurate bodyshells and interiors for seated, club, standard sleeper and accessible sleepers, switchable cabin lighting as standard and inter-car ‘Dellner’ couplers to replicate those fitted to the prototypes.

Revolution is offering CS cars in sets of four priced at £180 for pre-orders – in both Lowlander and Highlander versions – to enable customers to built up complete, accurate rakes.

The T1 car has buffers and standard drawgear at the outer end so it can be coupled to the locomotive, while the DT car has a driver’s cab and aerodynamic outer end with buffers.

All cars have operating interior lights as standard and directional lights are fitted to the Driving Trailer.

The Revolution models are being sold in complete 5-car train packs in two number sets with a £225 pre-order price.

Once the performance of these test models is complete, painted samples will be prepared for final checking then the models will go into production.

Revolution would like to thank Scottish Ministers, Serco, Caledonian Sleeper, Beacon and CAF for their assistance in producing these models. 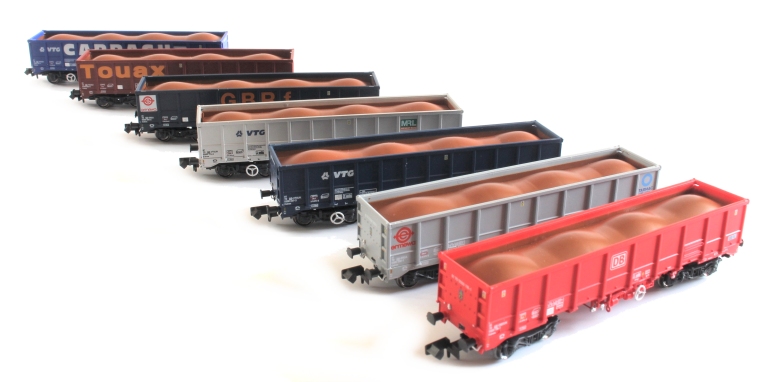 Since their introduction nearly a decade ago they have become the default box wagons on the network, with nearly 1000 already in service and more being ordered.

As well as being used on well-established flows from quarries in the Derbyshire Peaks, Midlands and Mendip hills in Somerset, they are often seen on spot hire trains which can run almost anywhere because they can be easily loaded or unloaded with just a digger.

The Revolution models feature our usual extreme levels of detailing including accurate brake gear of three different types, kinematic close coupling, moulded loads in with every model and the option of versions with factory-fitted flashing tail lamps.

Once these samples are checked and approved Revolution expect to close the order book and commence production toward the end of August.

The Ealnos wagons will be available until orders close for the pre-production price of £36.50 each (£40.50 with flashing tail lamp).

Please note:  the moulded loads in the samples are not representative of the final models, which will be textured to represent stone.

For both the Ealnos box wagons and Mk5/5a coaches models may be available after production, however, the MSRP will increase.