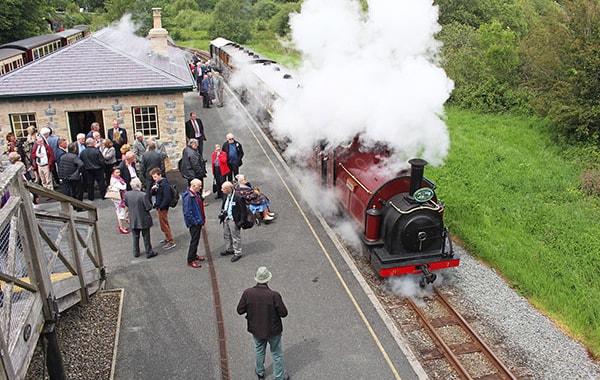 Two of the UK’s narrow gauge railways have announced redundancies as the financial effects of closure during the Covid-19 pandemic take hold.

South Tynedale Railway Ltd, which operated the 2ft gauge line between Alston and Slaggyford in Cumbria, was placed into administration on 17th September with the loss of five jobs.

And the Ffestiniog & Welsh Highland Railways revealed in a message to staff and volunteers that at least 20 redundancies are likely in the wake of the pandemic.

The South Tynedale Railway has not run at all in 2020 but there are high hopes that administration will not mean the end of the railway. The separate South Tynedale Railway Preservation Society remains in operation and its trustees and volunteers intend to maintain the line over the coming winter while planning a new business model that will enable it to operate in 2021.

Meanwhile in a message on 15th September the directors of the Ffestiniog Railway Company that operates the 40 miles of the Ffestiniog and Welsh Highland lines, revealed the likelihood of redundances, stating that planning for 2021 was a very difficult challenge.

The two railways have a total of 97 paid staff with annual employee costs in excess of £3 million. Over recent months 93 of the staff have been on the Government’s furlough scheme which paid the majority of their salaries, but this scheme ends in October.

With the two railways having only partly reopened and from halfway through the season,  revenue is likely to total £1m at the end of 2020 compared to £6m in a normal year, making redundancies unavoidable.

No-one can predict the future while Covid-19 remains but the FRC directors have narrowed their options down to two scenarios and are planning for the more optimistic of these.

This will see the railways carrying costs through the winter and hopefully reopening over their full lengths in 2021. Because the lack of running in 2020 has resulted in far fewer ‘repair jobs’ requiring attention, staff will be focused on projects such as the interpretation programme at the historic Boston Lodge works which has attracted major support from the National Lottery Heritage Fund.

The railway anticipates that this direction will result in in excess of 20 redundancies and has started consulting with its staff. “None of us like having to face this,” the Directors’ message stated, “but it is much less painful than the alternative.”