News on its Gunpowder vans as progress is shared on models for its Titfield Thunderbolt pack.

Rapido Trains has shared images of models of its Gunpowder vans for OO gauge. Previously seen as 3D-printed models to prove that the CAD works, these first engineering samples from its new tooling is a positive sign of progress on the project. Tooling is being refined as livery decisions are finalised.

Marketing Manager for Rapido Trains, Richard Foster commented, "Having overseen the final stages of the design process, I thought I knew what these wagons would look like. But nothing can truly prepare you for seeing what has only existed as coloured pixels on a screen in three-dimensional plastic reality."

He continued, "Quite how the mould-makers have been able to create some of the fine detail on these vans is beyond me. Yet they have. Highlights include the beautiful little chain links on the doors. It's the amount of metal involved that makes these models really stand out for me. I knew what materials were planned but nothing could prepare me for actually seeing the brass buffer heads and the tiny brass lamp irons. Even the ‘W’ irons and the tiebars are die-cast and they just shout ‘quality and reliability’." 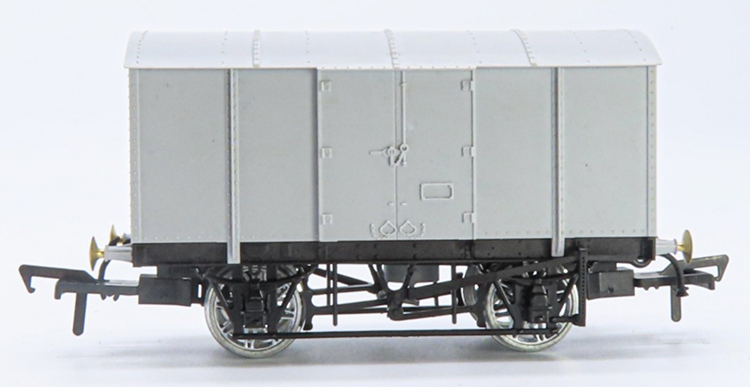 Rapido Trains has tooled for the Railway Clearing House GPV and the largely similar BR Diagram 1/260, as well as the GWR Diagram Z4. Key differences between them are the roof arrangements over the doors and the different headstock ends, as evident from the two images above.

In other news, CAD artwork for its N gauge Metrovick Co-Bo is complete, with the model heading to tooling. First samples are expected towards the end of the year. 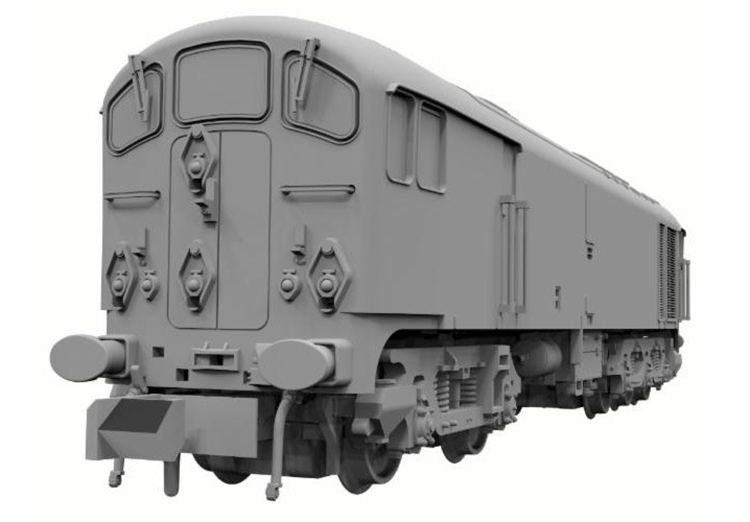 Models for its previously announced Titfield Thunderbolt train pack are progressing too, with CAD artwork unveiled for its Loriot 'Y' and Toad brake van, the latter requiring completion. 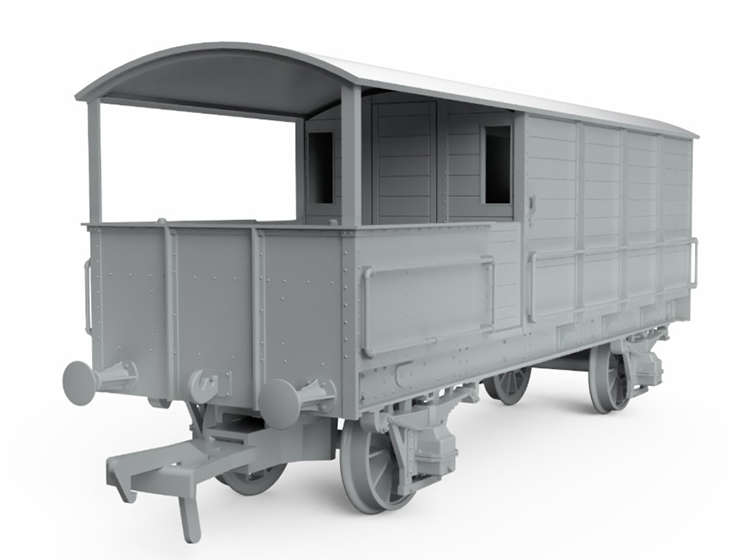 The bodywork is nearly complete on the Dia. AA20 'Toad' brakevan, with Rapido's UK designers now working on the under frame.

For updates, current pricing and availability on the above models, visit the Rapido Trains UK website.