In response to N gauge demand, the manufacturer is to scale down four of its OO gauge South Eastern & Chatham Railway (SECR) wagons.

Rapido UK is to release new rolling stock for N gauge as a range of new SECR wagons breaks cover. The Diagram. 1349 five-plank open, the Dia. 1355 seven-plank open, the Dia. 1426 10T van and the six-wheel dual-veranda brake van are to be scaled down from 4mm:1ft to 2mm:1ft scale, with models anticipated to arrive early-2023.

The entry point to the range are the four ‘Freight Train Packs’, which contain 1x Dia. 1349 five-plank, 1x Dia. 1355 seven-plank, 1x Dia. 1426 van and 1x dual veranda brake van. The five-plank, seven-plank and 10T van are also available in triple packs so that modellers can increase the length of a goods train. Each model will have a unique running number.

Sales & Marketing Manager Richard Foster said, “Sales of our OO gauge SECR wagons have exceeded our expectations and we hope that the same will be true in N, particularly as so many N gauge modellers have asked us if we’ll scale down our wagons. If these packs are successful, then we’ll consider doing the same with models from other regions. With the ‘Iron Mink’, GWR four-plank and Dia. AA20 ‘Toad’, we’ve already got the makings of a GWR-themed pack!" 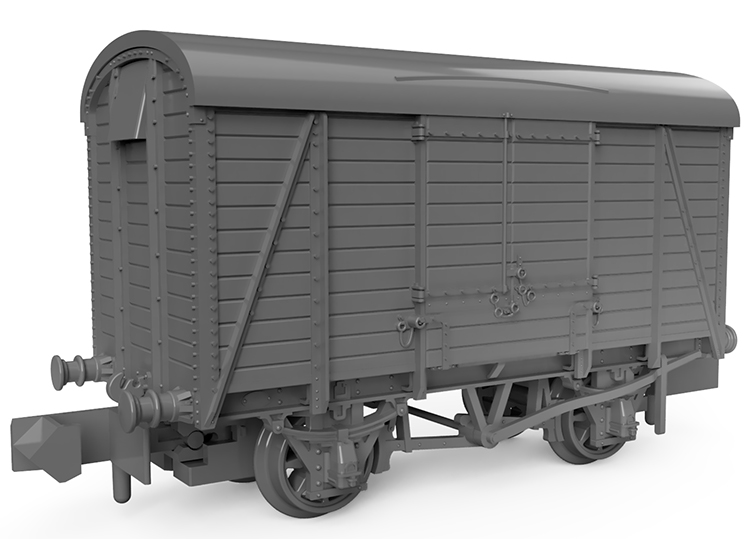 He continued, "This is a bit of a different approach to take but we think that it’s the simplest way to build up accurate SECR and Southern Region goods trains in ‘N’.”

Details of the full suite of models and liveries proposed can be found on the Rapido Trains UK website.