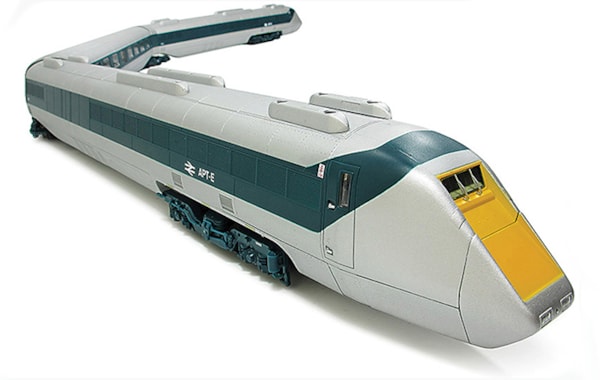 Originally produced as part of the National Collection In Miniature range, the National Railway Museum grants Rapido Trains UK permission for a new batch of APT-E models as a standalone product.

Rapido Trains UK has announced the return of its OO gauge APT-E. The iconic four-car gas-turbine tilting train which set a British railway speed record of 152mph on August 10, 1975 marked the beginning of British Rail’s quest for faster trains, which ultimately led to the likes of the HST, Pendolino and Hitachi’s IEP.

The importance of the revolutionary design was recognised in May 2013 when the APT-E won the prestigious Engineering Heritage Award. Designed using laser 3D scanning with input from members of the original APT-E development team, the OO gauge model received favourable reviews when released. Designed for drop-in wheelset conversion to ‘P4’ and ‘EM’ scales, two four-car trainpacks are being produced – one with sound, one without.

The second batch of models are to feature the same high-level specification:

Rapido Trains is producing additional Trailer Cars with seats and one intermediate bogie, designed to please modellers who want to imagine how the APT-E might have looked, had it entered service, adding, "some modellers weren’t content to run their APT-Es with just four cars – even though that how the real thing ran. The model itself is just the same marvel of miniature engineering that we produced back in 2016." 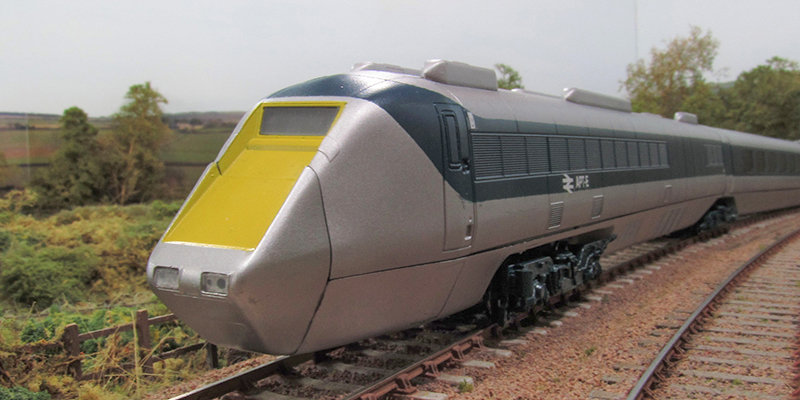 The new batch of APT-Es won't be supplied with the commemorative booklet and limited-edition packaging, as seen with first release models. The new APT-E is to be made available through all Rapido Trains UK stockists, including Locomotion Models and the National Railway Museum as well as being available to order direct from its website.